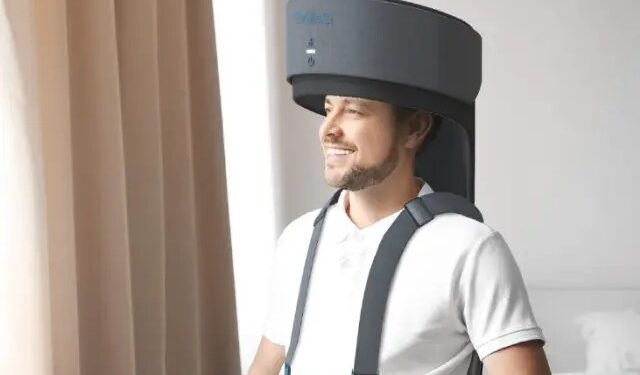 BrainQ, an Israeli startup in the field of medical technology, has developed a revolutionary therapeutic platform to treat stroke victims.

The new treatment uses "artificial brain waves" through a wearable device which, according to clinical studies, has resulted 77% of subjects recover faster from strokes compared to those who have not experienced the treatment.

The "artificial brain waves", transmitted via electromagnetic radiation, stimulate the nervous system to regrow and heal itself.

In summary: With this method, BrainQ was able to mimic the synchronization processes of the human neural network.

The trial results are very encouraging, and will be presented as part of the International Stroke Conference between March 17-19.

The double-blind research involved 25 subjects. After 8 weeks of treatment, 77% of subjects who received BrainQ therapy had scores of 1 or 0 on the modified Rankin scale (mRS), the gold standard for measuring disability after stroke.

This score translates into individuals who have no symptoms or minor symptoms and no significant disability. Only 25% of subjects in the control group achieved scores of 1 or lower. And almost all patients, 92%, improved by 2 or more mRS points.

No related adverse events were recorded.

These pilot results are surprising: BrainQ therapy suggests a beneficial effect from the subacute stage.

Current stroke interventions are effective only in the few hours after the stroke and applicable to less than 5-10% of patients. This technology may have the ability to extend the length of time that corrective therapy can be delivered to weeks. And it can be applicable to a much larger patient population.

Jeffrey Saver, director of the UCLA Comprehensive Stroke and Vascular Neurology program and principal investigator of this (and upcoming) trials of BrainQ.

BrainQ stroke therapy uses algorithms of automatic learning to extract biological insights from brain waves, which are used to mimic the natural synchronization processes of the neural network.

Therapy is delivered to a patient via a cloud-connected wearable device that transmits frequency-tuned low-intensity electromagnetic fields, facilitating neuroplasticity processes within the central nervous system.

Israeli start-up BrainQ aims to transform the lives of millions of people.

His can become the main neuro-therapeutic solution at home, and bodes well for a future of faster and more complete recovery from stroke.

Windowless aircraft have a nacelle lined with OLED screens that will provide a view of what is inside the aircraft ...