Guiding two robotic limbs with the mind to perform daily actions: this is the object of a (successful) experimentation at Johns Hopkins University. 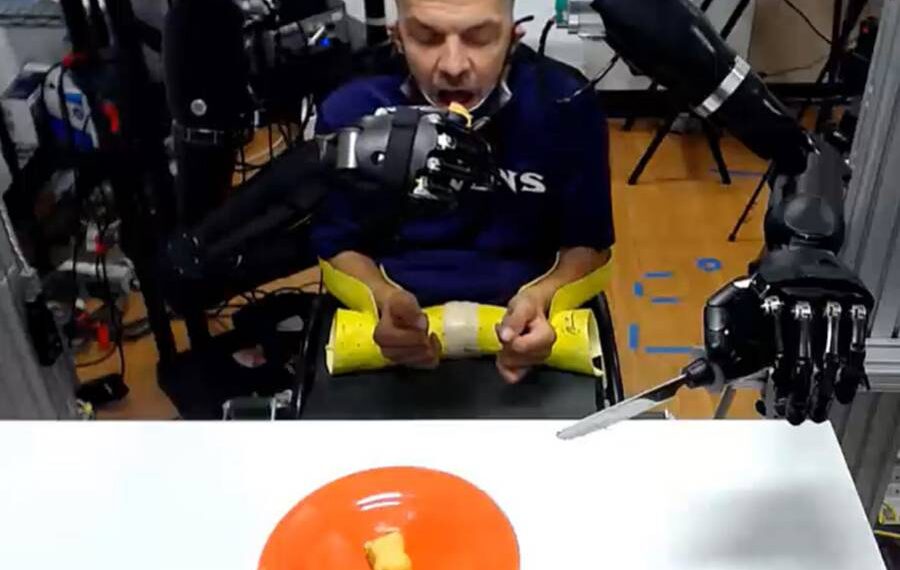 A new system that combines artificial intelligence, robotics and a brain-machine interface takes a step towards restoring function and autonomy for people without full use of the limbs.

For more than 30 years, after an accident in adolescence, Robert “Buz” Chmielewski has been quadriplegic: minimal movements and sensations in his hands and fingers. In November, however, he manipulated two robotic limbs with his mind to enjoy a dessert.

The goal of the experimentation? Allow participants to control assistive devices and allow the perception of physical stimuli (by touching the limbs) using neurosignals from the brain.

The surgeons implanted six sets of electrodes in both sides of the brain, and within months he was able to simultaneously control two robotic limbs through a brain-machine interface.

Robotic Arts: The next steps (or should I say pasTi?) Of this experimentation

Francesco Tenore, a neuroscientist and principal investigator for the Smart Prosthetics study, says the next steps for this effort include several improvements. Not just the expansion of the number and types of daily life activities that Buz can do with robotic limbs, but also additional sensory feedback for not having to rely on sight to know if he is succeeding in his actions.

Many people take it for granted. Being able to simply eat alone is an incredible achievement. A turning point.

And it's just the beginning, even if it starts with dessert :) 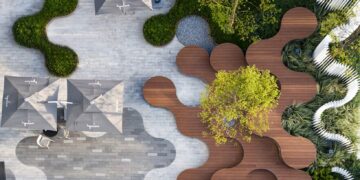 Recover transversal spaces and return them to the pleasure of life, both in passage and rest: Hyperlane, longitudinal parks to transform ...