Robotics and neuroscience are made to meet: if the brain considers the machine an extension of the physical body, the possibilities will be endless.

By training a paraplegic patient with an exoskeleton in his office as part of the “Walk Again” project, Prof. Gordon Cheng (Institute of Cognitive Systems, ICS, Germany) was surprised. Patients regained some degree of control over leg movement. Not a small surprise.

It was 2016, and it was just the beginning. Four years later, none of those patients is still able to walk freely and unaided, but the road has been drawn. Robotics can not only help people with disabilities, but can even aid the healing process.

Man has seen in robotics and neuroscience two points of what could be a single iceberg underwater.

To develop better medical devices, we need to dig deeper to understand how the brain works and how to translate it into the language of robotics.

Close the circuit between the brain and the machine

In their article published in "Science Robotics" this month, Cheng and his colleague Prof. Nicolelis, one of the leading experts in neuroscience and in particular in the area of ​​human-machine interface, argue that some key challenges need to be overcome to move towards the fusion of neuroscience and robotics. One of these is "closing the circuit between the brain and the machine".

What do they mean by this?

The idea is that the coupling between the brain and the machine will work if the brain thinks of the machine as an extension of the body.

Let's take the guide as an example. While driving a car, we don't constantly think about our actions, do we? But we still don't know how it really works.

Well, the theory of the two scholars is that the brain somehow adapts to the car just as if it were an extension of the body. With this general idea in mind, it would be great to have an exoskeleton viewed by the brain in the same way.

How can this be achieved in practice?

The exoskeleton that Cheng has used for his research so far is actually just a large piece of metal, rather bulky for the wearer.

It will be necessary to develop a “soft” exoskeleton, something to be worn simply as a piece of clothing that can both perceive the user's movement intentions and provide instant feedback.

Recent advances in brain-machine interfaces would allow the seamless adaptation of such exoskeletons to the needs of individual users. Given recent technological advances and a better understanding of how decode the user's momentary brain activity, the time is ripe for their integration into more human-centered or, better, brain-centered solutions.

What else would be missing? A more realistic functional model for both disciplines.

To lower the threshold of robotics and promote its use in neuroscience, robots are therefore needed that are closer to human structure and behavior. This is why we need more realistic functional models, which means robots should be able to mimic human characteristics.

Let's take the example of humanoid robots powered by artificial muscles, or provided with "skin", such as those that Cheng has been experimenting for years. This natural muscle-mimicking construction instead of traditional motorized activation would provide neuroscientists with a more realistic model for their studies.

It is one of many possible examples of win-win situations that will facilitate better cooperation between neuroscience and robotics in the future.

Neuroscience and robotics: a task force

Cheng and Nicolelis are not alone in the mission to overcome these challenges. In Germany a first and only of its kind Elite Graduate in Neuroengineering program combines experimental and theoretical neuroscience with in-depth engineering training, and brings together the best students in the field.

Versatility training will be a crucial factor. Combining the two disciplines of robotics and neuroscience is a difficult exercise, which is why we need to teach students to think broadly and transversely, to find unimaginable solutions.

The future starts with a new scientific community and a new culture in the field of engineering and robotics.

This is where robotics and neuroscience meet underwater, the two tips of the same iceberg. 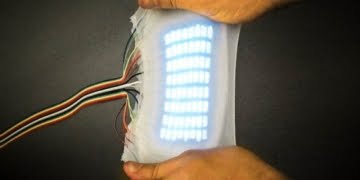 The robots of the future will not have a skin inspired by human skin, but much better, more similar to that of ...