Two thin sheets of glass with a "filling" of water, hydrogel and stabilizer: the liquid window is born, a revolution in energy saving 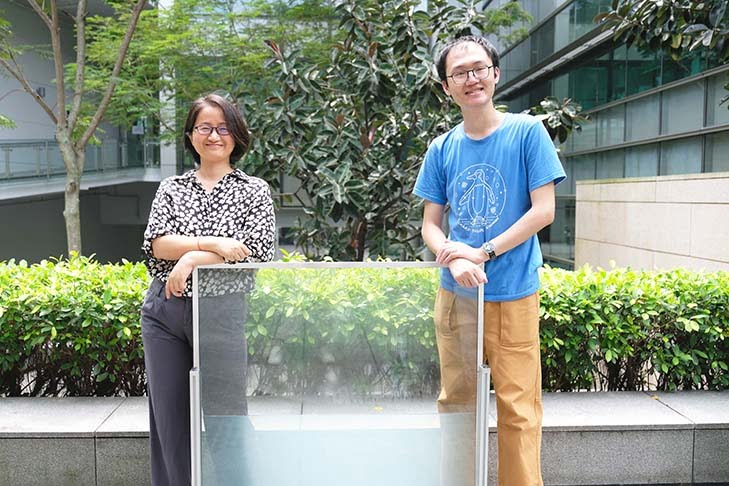 Windows are the least energy efficient feature in buildings. This innovation can greatly improve their performance.

To reduce the need for energy-intensive air conditioning, scientists from the Nanyang Technological University (NTU) they developed a liquid window. Reformulation: a window "filled" with liquid that optimizes energy savings.

The windows, a cross and a delight

The windows give us light and view, and make the room warmer. Compared to walls and concrete, heat is easily transferred through the glass.

This obviously precipitates things when there are warmer seasons, or nations with tropical climates. Like Singapore, which tends to consume a huge amount of energy to run air conditioning systems.

A “liquid window” for energy saving

Dubbed the "liquid window," the one invented by NTU scientists comprises a hydrogel-based liquid trapped between two panes of glass.

Using liquid instead of conventional glass allows the liquid window to reduce energy consumption in buildings by up to 45%, according to simulations conducted.

The liquid window is also cheaper as well 30% more energy efficient compared to conventional energy-saving glass (glass coated with a special glazing to prevent heat from escaping from the window).

How is the liquid window made?

The liquid window consists of a mixture of micro-hydrogel, water and a stabilized one.

The NTU researchers chose water because it can absorb large amounts of heat before heating up.

Water also allows a large amount of energy to be stored instead of transferring it through glass and into the building. Accumulated heat that will be released when it gets cooler, at night.

It could help reduce electricity costs

The liquid window can not only help reduce energy consumption, but it can respond to changes in temperature.

When exposed to higher temperatures outdoors, the window becomes opaque, thus blocking sunlight. When the temperature cools, the window returns to its original state, clearer and more transparent.

Outdoor tests conducted in Singapore showed that the liquid window had a significantly lower temperature during the hottest time of the day at noon, 50 ° C. Meanwhile, the glass windows had a temperature of 84 ° C at the same time.

The scientists also measured at what time the window had the highest value of stored thermal energy: in ordinary glass windows, this temperature spike occurs around 12:00, when the sun is at its maximum.

With the liquid window the temperature peak was moved to 2 pm. This shift over time could potentially translate into a reduction in energy rates for users, as the peak of electricity load is moved.

Best for offices
Because the liquid window becomes opaque for several hours during the day, it is even better suited for office buildings rather than residential ones, said lead author of the research study, Long Yi.

This is because those in residential buildings would ideally want a nice unobstructed view from their homes.

The research team works with industry partners to commercialize and implement their invention in buildings. 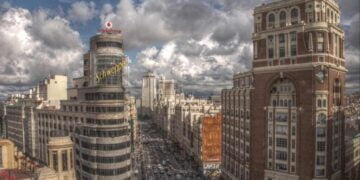 A "green wall" will surround the city of Madrid to reduce heat and emissions.