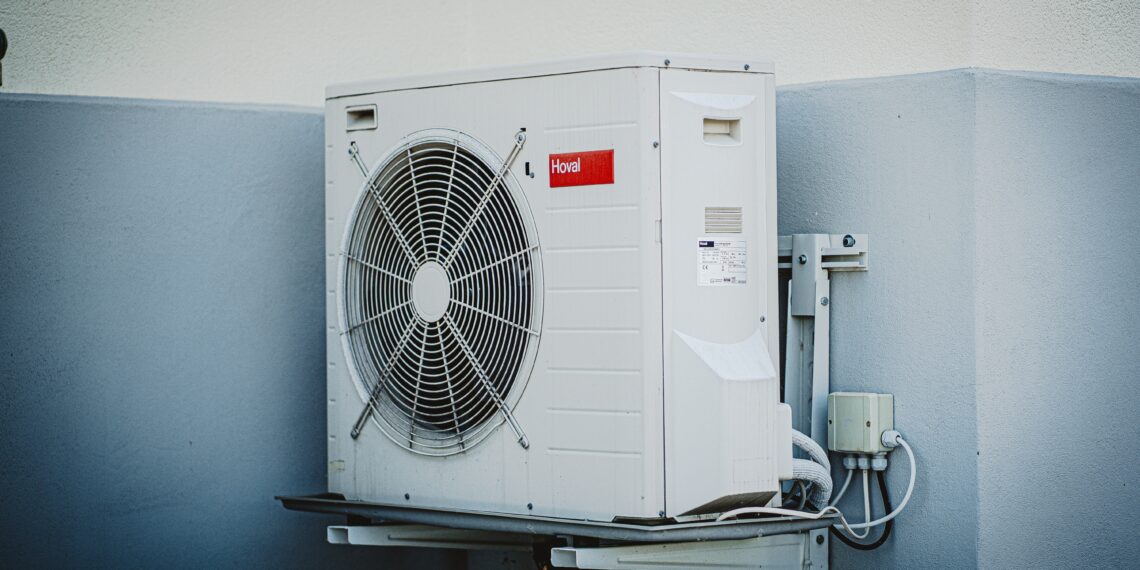 Photo by Carlos Lindner on Unsplash

in Environment
⚪ Reads in 7 minutes

August has just ended and the damage of yet another record heat can be counted everywhere. Heat waves and fires are a known leitmotif, to which the collapse of the electricity grids is gradually added. Thousands and thousands of families "in the dark" from the effects of energy overload.

Periodic blackouts offer only a small hint of what is likely to happen in the future. Population growth, urbanization and summer temperatures will triple the number of air conditioners installed worldwide by half a century. The total of air conditioners goes towards 6 billion, according to the International Energy Agency's Future of Cooling report.

It's obvious: the warmer the world, the more we need cooling

It is not just a matter of comfort, but of health and survival in much of the world. Yet air conditioners themselves produce enough heat to measurably raise urban temperatures and raise greenhouse gases.

The Arctic Ocean has been warming well ahead of schedule

Billions of new energy-hungry units will create the rise of one of the largest sources of electricity demand in the world.

Without major improvements, the demand for energy from cooling will also triple, reaching i 6.200 terawatt hours by 2050, or nearly a quarter of the total electricity consumption in the world today.

54,4 ° Celsius (130 degrees Fahrenheit). It is the highest temperature ever recorded on Earth. And it was recorded last month, in Death Valley in California. Do we want to continue like this? And help out in the heat?

Air conditioner technology is at a standstill

I see little progress in the sector. Aside from small efficiency gains, the core technology of air conditioners works much like when it was introduced nearly a century ago.

"The fact that the use of air conditioners continues to increase while the product looks largely the same as decades ago speaks for itself," he says. Romanin wins, CEO of Treau, a San Francisco-based startup developing a new type of heat pump.

"I think a lot of people would be excited about a change, but there has only been incremental progress," he says. And she is right.

In recent decades, there have been far greater improvements in other energy technologies (solar panels, batteries and electric vehicles) thanks to public opinion and state intervention. Treau is one of several startups and research groups that are now trying to make progress on cooling.

It may not be enough

Even if the global stock of air conditioning units becomes much more efficient, the expected leaps in use are so great that global electricity demand will continue to rise. This will complicate the already prohibitive task of cleaning up the world's energy sectors. It means that nations don't just have to overhaul existing electricity infrastructure - they need to build much larger systems than ever before and do everything with renewable or emission-free sources.

Cooling the large volumes of hot air that fill homes, offices and factories is, and always will be, a huge energy consumption.

The problem isn't just that more air conditioners will require more and more electricity to power them. It is that it will particularly increase the amount needed during peak hours, when temperatures are really hot. A problem formerly known as "duck curve" will also be caused from the refills of electric cars. Everyone will tend to recharge at night, everyone will turn on their air conditioning during the hottest hours. We have to over-build electrical systems to meet demand levels that can only occur for a few hours or days a year.

Watch out for India

The world will see much greater increases in the demand for air conditioners in nations where the middle class is rapidly expanding, and where heat waves will become more common and severe. In particular India is expected to install another 1,1 billion units by 2050, increasing the share of air conditioners on the nation's peak electricity demand from 10% to 45%.

How can this be solved?

Clean energy - The most crucial action must take place on the electricity grid as a whole. We need a greater use of clean energy sources, such as solar and wind, to reduce indirect greenhouse gas emissions from the use of air conditioners.

Smart grid - the development of increasingly intelligent grids could help electrical systems cope with peaks in alternating current demand. This involves adding sensors, control systems and software. Systems capable of automatically reducing use as the outside temperature decreases or when people leave spaces for long periods.

Fresh alternative - The world can also reduce emissions from air conditioners by switching to alternative refrigerants. Manufacturers have relied heavily on hydrofluorocarbons, very potent greenhouse gases that can escape during production and repair or at the end of a unit's life.

Under a 2016 amendment to the Montreal Protocol, businesses and countries must increasingly move to options with less impact. There are some promising compounds known as HFOs, some hydrocarbons like propane, and even carbon dioxide (which at least has a lesser warming effect than existing refrigerants).

Alternative refrigerants could reduce emissions by about the equivalent 50 billion tons of carbon dioxide over the next few decades.

Beyond these solutions, the growing number of air conditioners operating in homes and buildings around the world must become much more energy efficient.

The technology to do this is already there: The best available technology is more than twice as efficient as the products actually in use in the world and three times better than the most inefficient products on the market.

The problem is that most people and businesses won't pay much more for more efficient systems "just" to help meet global climate goals, particularly in poor areas of the world.

In the IEA scenario that includes these good policies, the increase in cooling-related energy consumption would be reduced by 45% by mid-century.

Even then, however, energy demand would still increase by about 70% by mid-century.

Transaera, co-founded by the MIT professor of energy Mircea Dincă, is attempting to significantly improve the efficiency of air conditioners.

In addition to cooling the air, conventional units devote enormous amounts of energy to treating water vapor, which retains heat. This requires lowering the temperature well beyond what you can read on the display of the air conditioners. Only in this way can the vapor be converted into a liquid and removed from the air.

"It's incredibly inefficient," he says Dincă, "that's a lot of energy and it's not necessary."

Transaera's approach is based on a class of highly porous materials. They are known as metal-organic structures, and can be optimized to capture specific compounds, including water. Transaera has developed an accessory for air conditioning systems that uses these materials to reduce the humidity in the air before it enters an air conditioner. The company estimates that this system improves overall energy efficiency by more than 25%.

Other research in progress

La SkyCool Systems of Mountain View, California, has developed high-tech mirrors that can project heat into the cold expanses of space, exploiting a natural phenomenon known as radiative cooling.

Placed on roofs, these devices can replace or augment traditional building cooling systems. The company estimates that the technology can reduce the energy used to cool the structures by 10 to 70%, depending on configuration and climate. SkyCool is installing the materials on its fourth commercial site.

Other startups are exploring ideas such as ground source heat pumps, solid-state technologies that avoid the need for refrigerant gases, and new cooling modifications.

As long as you hurry: with all these air conditioners on it starts to get really hot.