Food waste is not just a social problem, but an environmental one. Fighting them means doing good for people and nature. Here are 6 innovations to do it. 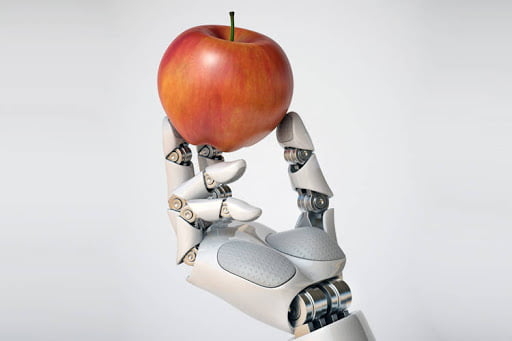 I come straight to the point: methane produced from food in landfills is 25 times more harmful than carbon dioxide in capturing heat from the atmosphere. 88 million tons of food waste every year in the EU alone and costs estimated at 143 billion euros: food waste is among those directly responsible for climate change.

When food reaches its expiration date, supermarkets often re-label them with discount stickers to avoid food waste (20% discount, then 40%, etc.). A discount the greater the closer the expiration date is.

But this relabeling can be time consuming for staff, waste of labor, energy and other paper - it often leads to errors as well.

To avoid this, three PhD students from National Taipei University of Technology designed a better system: a discount directly provided on barcodes. The concept consists of stickers that change color and amount based on the timing of the expiration date. For example, when a package of meat is 48 hours from expiration, the label shows 20% discount. When it is 24 hours from the deadline, it is automatically replaced with the word 40% off.

Learn more about these smart labels.

MIT engineers developed a sensor that pierces the packaging to sample food for signs of bacterial contamination and spoilage.

The sensor consists of microneedles printed with edible proteins similar to those found in silk cocoons. It's a first step towards developing an easy-to-read sensor to help prevent food waste.

Microneedles resemble velcro and measure approximately 1,6mm in length by 600 microns in width. only a third of the diameter of a string of spaghetti. They are used to attract fluid to the back of the sensor, which is printed with two types of specialty ink.

These bio-inks change color when they come in contact with fluids of different pHs, indicating when bacteria are present or when food has spoiled.

The researchers successfully tested their sensors on deliberately infected fish Escherichia coli, indicating they could be used to prevent salmonella outbreaks and other bacterial infections. But they also hope it can help reduce the amount of food that's thrown away, allowing people to easily check whether food past its expiration date is still safe to eat.

03
of 06
Olio, the app that finds neighbors to give leftover food before it runs out

Would it surprise you to know that around 850 billion euros of food is wasted every year, creating mountains of 1,3 billion tons of food waste? Tessa Clarke he was, especially since he couldn't find anyone to give the leftover food to. In response, he partnered with Saasha Celestial-One, a Stanford MBA graduate, and created the Oil app.

Olio's premise is simple: users download the app, take photos of food items they wish to give away, and add them to the app cards. Nearby users receive alerts and can request items. Pickup is organized via private messaging.

According to Olio, 50% of all food lists added to the app are requested in less than two hours.

A big blow against food waste. About 1 million people have signed up to use the app in 46 countries, sharing about 1,2 million food portions. The company started with just € 45.000 (the founders' savings), but has now raised nearly € 7 million from angel investors and venture capitalists and is planning new expansions.

Learn more about the Olio app.

What if food could be stored and shipped at room temperature, without preservatives? This is the goal of the Ixon Food Technology startup.

The technologies adopted allow foods to maintain the flavor they have when they are freshly cooked, and all the appropriate nutritional characteristics.

A freshly cooked dish can be stored for 12 months at room temperature.

A team of researchers from Rice University has discovered a way to use the 200 million eggs that go to waste every year in the United States.

Using both yolk and egg white, scientists have created an edible, water-soluble protein coating that keeps food fresh for longer. Protein is relatively good for the human body, which means that the new preservative is not only better for the environment, it is also healthier to consume.

Currently, the most widely used preservative of this type is wax, which is fat based and found on most supermarket products.

In tests, the preservation of the egg-based coating was comparable to that of the wax. What about consumers who can't eat eggs? Just rinse off with water the coating composed of 70% egg, the other 30% a mix of ingredients including cellulose and curcumin.

Read more about the egg edible.

06
of 06
Grubin, a basket of flies to recycle food

A group of students from the University of Tokyo has developed a new method for recycling food waste. The students were inspired by a trip to Phnom Penh, where they noticed a large amount of garbage, mostly food waste, rotting by the side of the road. Waste not only unsightly but dangerous to health.

To solve this problem, the students came up with the idea of Grubin, a waste bin full of larvae that will eat such organic waste.

The students developed a plastic bin full of larvae hermetia illucens. The idea is that the larvae will eat the organic waste thrown into the bin. Once grown, then, the larvae will be collected from a special compartment inside the bin, dried and ground into pellets, to be used as a sustainable source of feed for fish or chickens.

The students started a public crowdfunding campaign and won the Nippon Foundation Social Innovation Award with a 10 million yen prize (€ 84 239,05). 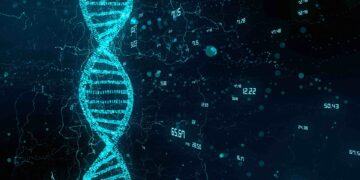