The first Russian combat robots? Lower than expected. But the Ministry of Defense has been working on new soldier robots to train them since 2020. 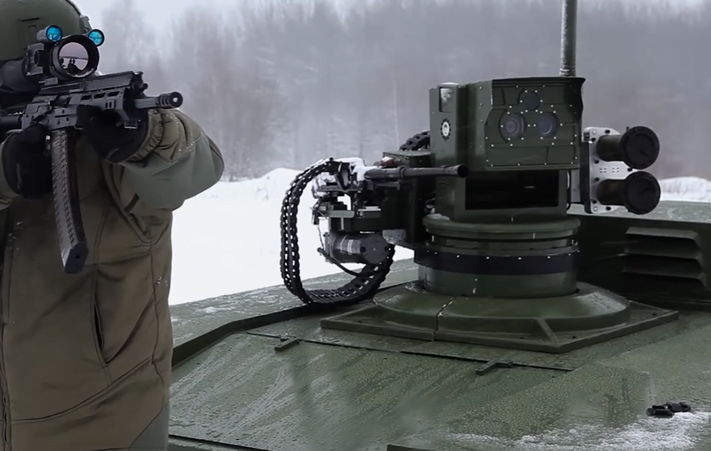 For Russian military leaders, the issue of robots taking on the role of soldiers on the battlefield is not a question of whether, but when.

"Human fighters will gradually begin to be replaced by their war robot counterparts, capable of acting faster, more accurately and more selectively than they are." He stated it Vitaly Davydov to the RIA Novosti agency on 21 April. Davydov is deputy director of the Russia Advanced Research Foundation, the Russian equivalent of the American DARPA.

The development of robots for war is an international phenomenon, I talked about it here. Davydov's observations are part of a broader Russian plan to increase his existing armed forces with new autonomous capabilities and technological improvements on soldiers. Russian soldiers, according to schedule, are to be upgraded (and / or replaced) with robotic weapons.

There is a roadmap, still classified, for Russian military robotics. It outlines various stages, some of which have already been tested, some undoubtedly influenced by Russian military actions and experience in Syria

Samuel bendett, councilor of the Center for Naval Analysis

The first Russian combat robot solutions fell short of expectations, but the Ministry of Defense is working on a new generation of combat machines for training and possible future use.

At the center of the plans is a new generation armed robot, the UGV Marker, unmanned land vehicle. Similar to a miniature tank with steps and turrets, the Marker is a killer robot concept that will eventually also be used in battle.

The Ministry of Defense is discussing the possible use of packs or swarms of battle robots in combat, and Marker is definitely the platform to test that. It will be able to launch swarms of UAVs or fire ammunition directly, which will make it a rather versatile and dangerous robotic platform.

Even the US gears up

The Russian development of combat robot projects parallels many ongoing programs in the United States.

Military robots will simultaneously be faster and more accurate than people in selecting targets. Machines react to sensor data faster than humans, pointing algorithms have far greater choice than anything else currently seen. This may involve overcoming the entire international legal and moral debate on delegating the decision to kill in battle to machines.

Better than men even in the choices?

Making robot soldiers who adhere to war laws and civil protection is not just an ethical challenge, it's a programming challenge. It requires the military to prioritize identifying the positive target over the fastest possible response.

The Ministry of Defense says that fighting robots and combat drones that will replace humans save human soldiers from danger. The corollary to this statement is the assumption that a sophisticated unmanned system would be able to distinguish military from civilian targets, avoiding unnecessary casualties.

It doesn't help too much, either, that the military responsible for pursuing this kind of autonomy on the battlefield already have atrocious precedents when it comes to avoiding civilian deaths. A military robot does not seem to be destined to remain an instrument, but a real "soldier from the future" who warns us today not to abuse its use.

I will keep myself informed on developments.

A study reveals: an obese has a sense of taste so mortified that compulsive eating is one of the effects of ...

T1, AR glasses against covid-19: "they see" the temperature in real time