The race for military AI is already over: without a brake, we could soon be forced to let robots free to kill in violation of Asimov's laws 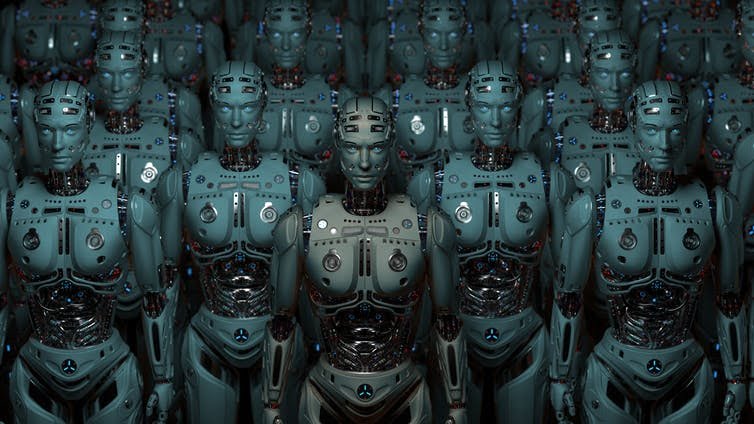 Future wars will be faster and more technological, but less humane than ever: welcome to the era of robot soldiers.

There is a perfect place to test advanced weapons: the Wallops Islands, a small patch of land off the coast of Virginia that looks like it came out of Asimov's pen. If a fishing boat had been there a year ago they would have seen half a dozen rafts circulating in the area - a closer look would have revealed that the rafts had no one on board.

The boats used an engine capable of adjusting to the context and transmitting actions and positions to all the others, instantly organizing the fleet according to a strategy. Even shooting, perhaps to defend some troops stationed on the shore.

The semi-secret effort, part of a US Navy program called Sea Mob, is a way to make it clear that machines equipped with artificial intelligence will soon be perfectly capable of moving even lethal attacks without any human supervision and in contempt of robotics laws.

Formulated by Isaac Asimov, one of the fathers of science fiction fiction, the three laws of robotics they were published for the first time in a 1942 short story. In his novels the Russian-American writer often mentions them: they are rigid principles, not to be transgressed, theorized to reassure humanity about the good "intentions" of robots.

Who knows if Asimov had foreseen that his 'laws' would risk falling apart as is about to happen.

The idea of ​​sending large deadly, autonomous machines into battle is not new: Similar systems have been tested for decades, albeit of a defensive type, such as those that allow coverage from hostile missiles. The development of artificial intelligence will make it possible to create offensive systems that will not only respond to stimuli, but will decide for themselves what to do, without human input.

A human takes a quarter of a second to react to the sight of something (imagine the time of a goalkeeper deciding where to throw himself during a penalty). The machines we have created are already outclassing us, at least in speed. This year, for example, researchers at Nanyang Technological University in Singapore trained a neural network to absorb data from 1.2 million images. The computer tried to identify the subjects in the photo, and it took 90 seconds. 0.000075 seconds per photo.

For now there is still a lot to do: at this incredible speed the system has identified the person in the photo only in 58% of cases. A success rate that would be disastrous in battle. However, that machines are able to move much faster than us is an established fact, and will only increase. Over the next decade the new generation of missiles will travel at the suborbital level, too quickly for a man to decide how to counter them or manage the situation. Flocks of autonomous drones will attack, and other computers will respond at supersonic speed.

"When the war becomes so fast, at what moment does the human being become an obstacle?" he wonders Robert Work, Deputy head of the Pentagon with both Obama and Trump. “There is no way for us to intervene, so we will delegate to the machines”. Other than Asimov, in short.

Weapons that make themselves

The marina American tests a 135-ton ship called Sea Hunter, which patrols the oceans without any crew, looking for submarines that one day will be able to shoot down directly. In one test, the ship traveled 4000km from Hawaii to California without human intervention, doing it all by itself.

The army meanwhile, it develops new “point and shoot” systems for its tanks, and a missile system called JAGM, Joint Air-to-Ground Missile. JAGM has the ability to choose vehicles to hit without human intervention. In March, the Pentagon requested funds from Congress to cost 1051 JAGMs at a cost of 360 million euros.

And what about aviation? The tests are all focused on the “SkyBorg” project (the name says it all): an unmanned version of the F-16 capable of fighting on its own.

Until yesterday, the military who wanted to cause an explosion at a remote site had to decide how and when to strike: with a plane? A missile? A ship? A tank? They then had to direct the bomb, aim, operate a command.

Drones and systems like Sea Mob are completely cutting humans off such decisions. The only decision that remains to a military command (but should not be taken before and not against everyone's consent) is when the robots are left free to kill violating Asimov's famous laws, perhaps starting with the moments when radio communications are interrupted during a war operation.

It is not a matter restricted to the United States alone

Since the 90s Israel began the design of a system called HARPY, which today we would say of artificial intelligence. The drone was able to fly over areas covered by radar systems and attack them independently. The company then sold this system to China and other countries.

In the early 2000s, theEngland developed the Brimstone missile, capable of finding enemy vehicles on the battlefield and "determining" which ones to hit.

Last year, 2018, the President of the Russia Vladimir Putin spoke of an underwater drone equipped with nuclear weapons, opening up to a scenario in which an automatic device could have in its equipment the deadliest weapon ever made by humans. And on the other hand Putin himself admitted that the nation is capable of developing the best AI "Will become mistress of the world".

La China it hasn't indulged in grand statements, but the fact that it is a vanguard in artificial intelligence still makes us think. It is estimated that it will become the leading country in this field over the next 10 years, and could soon exploit this militarily.

The fear of being overtaken by countries like China or Russia has prompted the US to spend a lot on AI development: $ 600 million in 2016, $ 800 million in 2017 and over $ 900 this year. The Pentagon has not disclosed details about these efforts, but from official interviews it is easy to see that developments in AI research will result in many solutions of military technology, even if not immediately ready to take command completely.

Yet it can happen

The intense economic investment that the US is making to regain the certainty of technological (and therefore military) supremacy multiplies the risks of forcing the hand of machines, or letting them force it. Robert Work says it clearly: "There will be a time when the machines 'will make a mistake' induced by us, because we are not aiming to have the perfect machine, only the most useful one in the shortest time possible".

The idea that machines can completely intervene on their own to decide to kill human beings by violating Asimov's laws of robotics still belongs to an imaginary that totally rejects it: something close to apocalyptic films like Terminator. But these are not distant possibilities.

In a planet of increasingly competitive nations in this field, the possibility that autonomous machines can cause damage to opponents also in terms of human lives is real. It is not nice to say, still less to hear, but it is so.

Systems like Sea Mob are not yet deployed and ready, but they are 'testing the ground' for such scenarios. In case, dear Isaac, forgive us because we will not know what we have done. 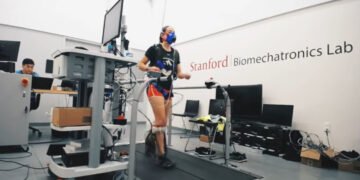 An exoskeleton developed by Stanford University increases walking speed by 40%. Could make seniors quicker than ...