An MIT team works on the rapid implementation of an open source, low cost respirator, which can make a difference against the coronavirus. 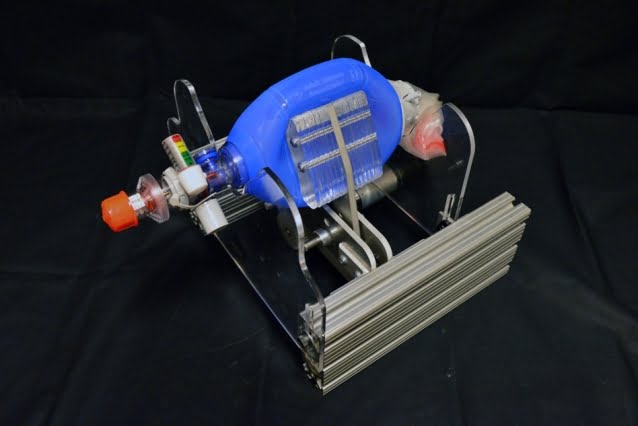 One of the most pressing shortages for hospitals during theCovid-19 emergency is the lack of fans. These machines can keep patients breathing when they can no longer by themselves, and can cost as much as 30.000 euros each. Now a rapidly assembled team of engineers, doctors, computer scientists and other volunteers, concentrated at MIT, are working to implement a safe and cost-effective alternative that could be quickly built around the world.

The team, called MIT E-Vent (for emergency ventilator), formed on March 12 in response to the rapid spread of the coronavirus pandemic. Its members were alarmed by an extensive conversation that arose about a reference to an MIT own project developed in 2010. Students at the time designed a simple ventilation device that could have been built with parts worth around 100 euros. They released a document detailing their design and testing, but the work ended at that point. Now, given the emergency, a new team has resumed that project at a very accelerated pace.

The core of the low cost respirator

The key to the simple and inexpensive fan alternative is a hand-operated plastic bag called "Ambu bag“, Which hospitals already have on hand in large quantities. It is a balloon made of self-expanding plastic material which can be handled, by a doctor or emergency technician, to deliver breaths to a patient in situations such as cardiac arrest, until a respirator becomes available. It connects at its ends to two one-way valves. A tube is inserted into the patient's airways, and air is pumped into the lungs by pressing and releasing the flexible bag. This is a task for qualified personnel trained in how to assess the patient and adjust pumping times and pressure accordingly.

The innovation born from the MIT project in 2010 and now quickly refined and tested by the new team, was to conceive a mechanical system to perform the compression and release of the Ambu bag, since this is not something a person could do for prolonged periods. But it is essential that such a system does not damage the bag and is controllable, so that the amount of air and pressures delivered can be adapted to the individual patient.

The project is open source, but rigor is needed

The device must be very reliable, as an unexpected failure of the device could be fatal, but as designed by the MIT team, the bag can be immediately operated even manually in an emergency.

The team releases the completely open source low cost respirator project. However, he is keen that potential productions are not made without the necessary clinical knowledge or skills. Approximately 1 million test cycles over a two-week period would be required to ensure the tightness of these devices. To help reduce the spread of misinformation or poorly thought-out advice, the team added verified information resources on the clinical use of ventilators and requirements for training and monitoring in the use of these systems to its website. All this information is available for free on e-vent.mit.edu.

“We are publishing a design guide (clinical, mechanical, electrical / control, test),” says a team member. "We encourage clinical engineering teams who can work with their local resources, following specification, and welcome any input that other teams may have."

The team of all volunteers is working without funding and operating anonymously for now because many of them have already been inundated with requests from people. Everyone wants more information, and the team fears they will be overwhelmed by calls that would interfere with the work on the project.

First of all, patient safety

"We have established what we call minimum clinical functional requirements," which is the minimum set of functions the device should perform to be safe and useful, says one team member, an engineer. The determination of the minimum requirements was done by a team of physicians with a broad clinical background, including anesthesia and critical care. In parallel, the group undertook to design, build and test an updated prototype.

Initial tests reveal the high loads involved in actual use and some weaknesses that have already been addressed. The team has already manufactured the new versions and others are in preparation for further functional testing. The team says there's enough detailed information on their website for other teams to work in parallel with them, and they've also included links to other teams who are working on similar design efforts.

A prototype in just 7 days

In less than a week the team went from empty benches to the first realistic tests of a prototype of the low cost respirator. A team member states that in less than a week they have been working, motivated by the reports of doctors who already had to ration their respirators and the intense attention that the group has brought to this project, and have already generated "multiple theses" on the Research.

The interdisciplinary nature of the group was crucial, says one team member. “The most exciting times are when we have a design engineer sitting next to a control engineer, sitting next to the fabrication expert, with an anesthetist on WebEx. All documents and spreadsheets in parallel. We're discussing the ins and outs of everything from ways to track patient vital signs data to the best sources for small electric motors. "

The intensity of the work, with people putting in very long hours every day, was tiring. But it didn't dampen their enthusiasm.

"We all work together, and ultimately the goal is to help people, because people's lives are understandably in the balance", one of the researchers said.

The team that is making the low cost respirator can be contacted via its website.

Monit has created a sensor the size of a biscuit and equipped with bluetooth: the sensor detects the presence of pee ...