Electronic telepathy: no longer a fantasy, but a concrete technological possibility. Here are all the advances that will make us talk without opening our mouths. 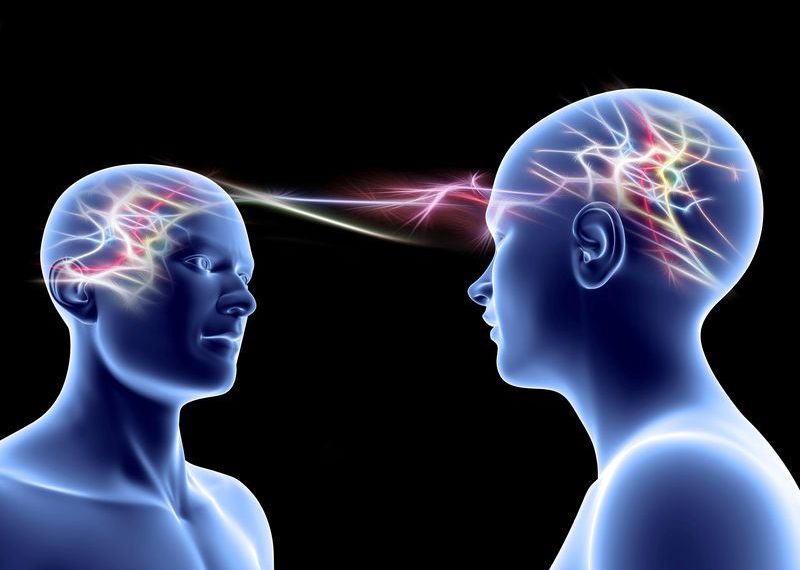 Slowly over the past few years, and a little more rapidly over the past few months, technology has begun to orient itself towards solutions that allow people to communicate with each other without using words. In their place, electronic transmissions through devices capable of encoding our brain waves into information.

Exact. It is a computer-assisted telepathy. An electronic telepathy. And it can soon become one of the most profitable businesses on the planet.

In April, a team of scientists from the University of Washington and Carnegie Mellon University he published in the journal Nature a paper detailing the phases of an ambitious experiment conducted just before.

Three volunteers worked together to play a simplified version of the Tetris video game. Two of the researchers had access to the full view of the screen and the blocks to fit into the popular puzzle.

Using thought, they mentally sent "telepathic" commands to a third seeker whose screen did not show the location of the blocks. The third researcher continued the game by “hearing” the commands sent by the other two.

Five months later, this September, the medical company Synchron announced that it had successfully tested a more advanced stage of "telepathic" technology. A technology based on a sensor that for the first time does not require a small hole to be made in the user's skull to be implanted. This is not a trivial matter. Telepathy between two people (or more) becomes an advantageous option, compared to a non-invasive procedure.

Synchron's thin, flexible array of electrical sensors, also called a stentrode, travels through the bloodstream to the brain, parks nearby, and begins to read neural activity. Mental telepathy, in short, of course, but electronic.

The stentrode can remotely transmit data to other devices: “smart” prostheses, or other implants that are in the brains of others and produce telepathic abilities.

Put together the April and September study, again on telepathic communication. Combine brain-to-brain communication with the non-invasive stentrode and you have the potential picture of a safe and relatively inexpensive form of electronic artificial telepathy.

It's all already here

“The underlying technology isn't as futuristic as you'd expect,” he says Jacob Robinson, a neuro engineer at Rice University on the next brain-computer interfaces that will allow, among other things, this technological form of telepathic contact.

Of course, in their current form they appear very primitive and in some cases a bit gory. I mean, Elon Musk can present yours Neuralink's “sewing machine” in the most fascinating way possible, but he will always have to convince me to pop a window on my head and attach wires to my brain to become telepathic. Apart from everything, however, they are technologies that already show effectiveness. It is not surprising, therefore, that big names like Facebook have entered the game, even with more "clean" solutions.

Today, our devices require enormous typing activity, and attention (sometimes even fatal: then we will talk about smartphone reading accidents). The cell phones of tomorrow will write under our mental dictation. Those after, well… those after might not even be cell phones. We could subscribe to an electronic telepathy service, with unlimited calls between mind and mind. Use telepathy like making regular phone calls today. There will also be offers of free telepathy, I suppose, but fewer things will be perceived.

The advent of Menlo Park and online telepathy

In 2017, Facebook launched its internal initiative to build "a wearable, non-invasive device" that would allow people to write simply by imagining they were doing it.

The social media giant has also funded outside researchers (like University of California neurosurgeon Eddie Chang) and acquired promising startups such as CTRL Labs.

Facebook's efforts began to show results in July 2019, when Chang and other team members announced they had produced the translation of brain activity into text with 76% accuracy.

The way still to go towards electronic telepathy

The way to go? I summarize: it's one thing to send one command at a time, albeit between three different brains (and with 81% accuracy), another is to encode and transmit complex messages.

The BrainNet team (this is the name of the group) uses EEG and TMS technologies. Both non-invasive but somewhat inaccurate. Surgical implants are more accurate, but still have no health guarantees.

There are also ethical issues, first of all those relating to the risks of mental manipulation or the cancellation of privacy.

Doubts and questions don't slow development, though - advances by scientists and companies are taking telepathy from mere fantasy to potential commercial technology. Real laboratory mice, researchers who dedicate their souls to the cause, are really coming to telepathy.

In short, electronic telepathy is not far from here. And soon it could "knock knock" to our head.

The learning ability of AI is getting bigger and bigger, and it makes us decipher ancient languages. Talking to animals is not ...