Almost 15 years after its development, the tomato created to have higher levels of antioxidants is approved for human consumption. 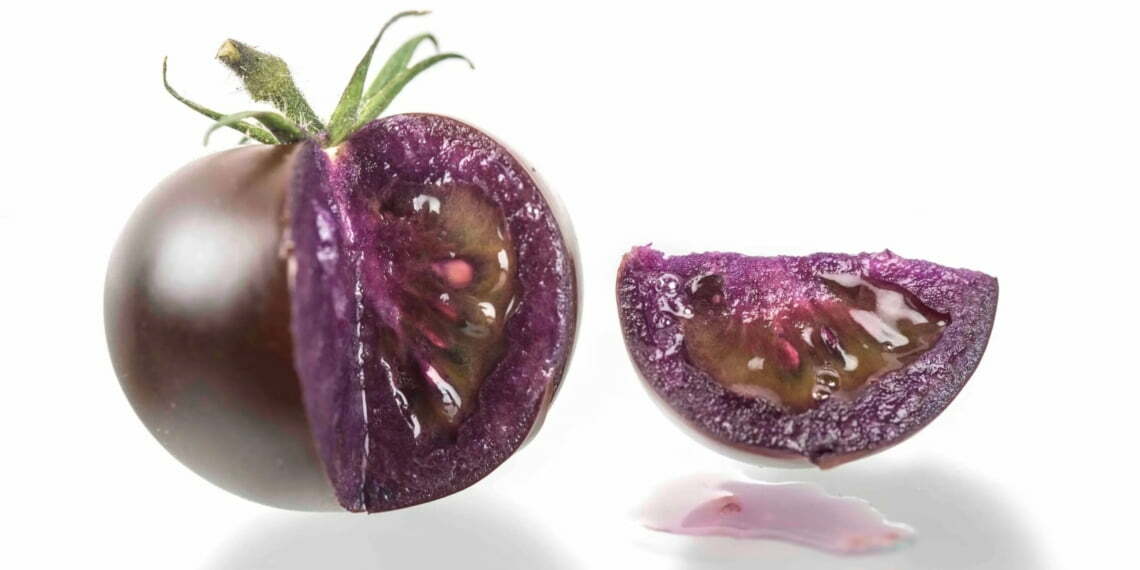 In a historic decision, the U.S. Food and Drug Administration approved a genetically modified purple tomato for human consumption after 10 years of refinement. Tomato was designed to have higher levels of antioxidants, which are believed to help protect cells from damage.

Hopefully, the new tomato can help reduce cancer and heart disease rates. Critics of the decision say more research is needed before such foods can be considered safe for human consumption.

The purple tomato and its benefits

As early as 2008, researchers published a fascinating study of this tomato in the journal Nature Biotechnology (I link it here). The vegetable had been genetically engineered to produce high volumes of called antioxidants Anthocyanins.

The study also reported tests on the effects of this anthocyanin-boosted tomato on mice designed to develop cancer. It turned out that those fed a diet supplemented with purple tomatoes lived 30% more compared to mice fed a regular diet.

As such, the researchers hope this approval will help reduce rates of cancer and heart disease, among the world's major health problems.

What exactly are antioxidants and why are they so important? Antioxidants are chemicals that help protect cells from damage. They are found in many fruits and vegetables and are believed to play a role in the prevention of some diseases. The antioxidant content in different foods can vary greatly, so it's important to consume a variety to get the maximum benefits. Among the best sources of antioxidants are berries, dark leafy vegetables, peppers and ... now purple tomatoes, of course.

This is one of the earliest examples of metabolic engineering that offers the potential to promote health through diet by reducing the impact of chronic disease.

It is a long and thorough process and aims to ensure the safety of all food consumed by man. Tests carried out by the American authority include examining the nutritional value, toxicity, allergenicity and stability of the food.

Some experts criticize the FDA for excessive laxity in the approval process of genetically modified foods. According to critics, more research is needed before these foods can be considered safe for human consumption. However, the FDA claims that it has a very strict approval process and only approves foods it has proven safe.

So what's the truth? Are GMO foods safe or not?

To tell the truth, no one can know with mathematical certainty. The truth is, we haven't conducted enough long-term research on genetically modified foods to be able to say for sure whether they are safe or not. However, considering this purple tomato, we have nearly 15 years of data - and I think it's important to note that the FDA doesn't approve any food until it's proven to be safe.

So while we don't have all the answers yet, I think it's fair to say that GMO foods they are probably safer than some people think.