The dynamics of society are intertwined with those of the network to produce isolated "failures", but at the same time united by conducting threads. One of these is the incel phenomenon, and it could get worse. 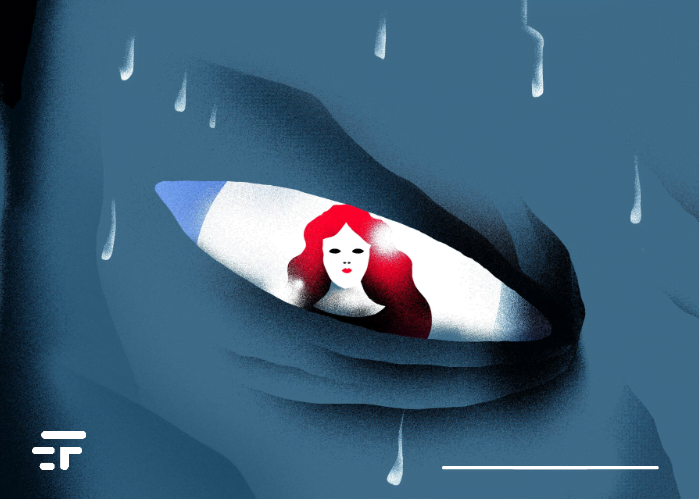 in Society
⚪ Reads in 10 minutes

On August 21 last year, in a quiet suburb of Plymouth, England, a 22-year-old boy killed his mother with a shotgun. Moments later, he ran into the street and started shooting anyone he met, killing four other people (including a three-year-old girl). Six minutes later, as the police arrived on the scene, he killed himself.

The "Plymouth shooting", as the British media called it, seemed to be an act based on random madness, a domestic quarrel that quickly got out of control. The perpetrator of the shooting had a history of depression and nervous breakdowns. It was a tragedy, but with elements that should make us think, and a word that you may already know, maybe you don't. The word is "Incel".

Across the UK and the rest of the world news and newspapers have begun to label the bearded and curly-haired XNUMX-year-old as an "Incel". One from an online community of mostly young men who share extreme views based on the perception of not being able to attract women sexually, and who believe this violent shooting is an act of terrorism.

What are the Incel, a growing phenomenon

Plymouth was not the first and will not be the last mass murder with common implications. Of the same tenor other shootings in the USA (unfortunately the cd is famous. "Isla Vista massacre"perpetrated by 22-year-old student Elliot Rodger), Canada (Toronto bombing by Alek Minassian) and in Asia. Many seem to be targeting the incels directly, and they raise a real, urgent question: how can we manage the growth of this radicalism? How can we manage a literally terrorist phenomenon that moves on such "border line" tracks, grows with the fluidity and ambiguity of so many ideological communities that come into contact and feed on the web with ease?

Incel is a term used to refer to an "involuntary celibate" who participates in the online subculture of like-minded individuals and struggling to find a potential partner, or at least meaningful romantic and sexual relationships. And it wouldn't be purely masculine: the term originated in 1993 when a Canadian college student created a website to discuss her lack of sex life. Over the decades, the term and community have evolved and appropriated a subcultural segment of a larger community of "human rights activists" known as the "Manosphere."

The "Incels" are not a movement. A movement is a group of people linked by a common goal, "he explains Naama Kates, host of a podcast that explores the murky depths of that universe she calls Inceldom. "The Incels don't have a goal," she says. "They are fatalists, period." It's true? Is it all that simple to define?

Chronicles from the Manosphere

The Incel discussion channel or forum can also be incredibly misogynistic and violent, and express hatred of women (termed "femoids"). Sometimes the posts praise the "Saints", mass murderers who, according to some users, killed "in the name of the cause".

In many posts there is a kind of subcultural ideology that women are only interested in physically attractive sexual partners, known as "Chad". Women in turn classified by a theory, LMS, which considers attractiveness as intersubjective and measurable on a 0-10 scale.

Incels are men who feel they have the right to female companionship and intimacy. They blame women for their lack of success, believing they should be more evenly predisposed in terms of sexual attention. They generally believe that, in this new feminist era, a woman is no longer limited by her "sexual market value" (lms redpill, see above for "lms" and further down for redpill) and that all this freedom to choose a possible partner. romantic has ruined the natural order of romantic interactions between men and women. In some cases, this sentiment can lead to violence and extremism.

Incel meaning in pills: not one, but many groups

The "involuntary celibate" (involuntary celibate) who in a Matrix jargon has "ingested a blue pill" is called blue pill. He is the classic good guy, often egalitarian or feminist. The current stereotype about individuals like him is that he believes girls will appreciate his gestures more if he tries harder to be a good guy. Wrong. He will often strain himself in hopes of impressing the girl, but his gestures will not be appreciated. He's a good guy, and in the Incel subculture he'll be crushed for it.

And then there are the "Incels who hate Incels". Sometimes it is Blue Pill who have been betrayed, and have seen their honest efforts mortified by a woman. They chose the "red pill", they went to the "dark" side, they "woke up". In other words they are called red pill. Rudpill Theory Basics: They believe that men do not really hold any power and privilege in society and that feminism has given all power to women. For this, having understood the rules, they aim to take advantage of them. They follow the rules of the jungle, "look money status": money, a good body, values ​​that they think are the right currency for a woman. Because, this is the point of view, the woman only cares about body and money. Technically, the redpillato would not be Incel, as he is a "voluntary" celibate. In reality, the boundary between forced and conscious choice is blurred.

Finally, there are the Black Pill, those who took the "black pill". A final pill, poisonous, fatalistic, which amplifies the conspiracy, makes it ineluctable. For them, given the infinite female possibility of finding a partner, celibacy is inevitable when there are "biological" characteristics such as a small skull or few muscles. For them the Red Pill (or rather: the "redpillati") are deluded, because there is no way to improve the situation. This type of Incel immersed in the "redpill theory" seeks comfort in other men with the same characteristics, and therefore in their perspective with the same "inevitable fate".

And there the substrate is born, which can derail. Perhaps, indeed, it has already derailed.

For completeness of information (thanks to the ideas received via email from an attentive reader). There is also another "non pill" group, called MGTOW - "men going their own ways". For example, men who decide to be single and just enjoy life. Most of the time these are men who have undergone a divorce and have lost everything, such as money or children, or who have been abused by a partner. Sometimes behind an MGTOW there is a former red pill. Sometimes it is about young people who have stopped believing in marriage after hearing many negative stories about it. Recognizable by their emotional stability, their propensity to live alone and their numerous male friends, among them there are often "handsome" and successful men. They typically have unique hobbies (gardening, etc.), which set them apart from others. They no longer believe in marriage and often become so dependent on the freedom of the single that they can never go back (the basic idea is that they have surrendered to love but not to life).

Although there is no central incel community in Italy, there are some popular incel forums where Italians congregate: they host discussions on everything from artists to political philosophy. There are also smaller communities on Reddit and 4Chan.

Interestingly, the Italian community appears to be made up mostly of young men from upper-middle-class backgrounds. This is in contrast to the North American community, which is generally thought to be made up of men of the working class. There are several possible explanations for this difference. First, it could be due to different attitudes towards sex and relationships in the two cultures. It could also be that upper-middle-class men in Italy have higher standards for women than their North American counterparts (on with the redpill and real fiercely manifested hostility).

Whatever the reason for this difference, it is clear that the Italian community is unique. Although its size pales compared to that of the North American community, it nevertheless provides valuable insights into this global phenomenon.

Where is the Inceldom going

Like any online subculture, whether it's band supporters or Star Trek fans, there's always a unifying factor. For the Incel it is misogyny. However, the scope and range of action vary and there is no limit that defines a member of the community. The same groups are sometimes at odds with each other: a Blue Pill considers itself a bitter enemy of a Red Pill Incel, for example.

Can we really fear that the phenomenon produces a form of "terrorism"?

I would say no. Typically, radicalism turns into violent terrorism when it responds to a threat or pursues clear political goals. The violent act (in the intentions of a terrorist) serves to remove that threat, or to achieve these goals. In simple terms? Terrorist groups have clear, direct and unified programs to address the perceived threat. The horde of conspiracy theorists, trolls and incels on the internet don't have it. Point.

So let's go back to the isolated subject, and to why it kills.

Some experts argue that the lack of a clear plan or political motivation is precisely what prompts some individuals in these Incel communities to commit acts of violence.

"Within certain ideologically nihilistic online spaces, disconnection and widespread discontent with society are at the heart of the world view, and active rebellion against society is often encouraged. In one form or another," writes the researcher Simon Purdue (these are his contacts).

Purdue argues that a young man in the incel redpill community (whether based and redpill or not) and other similar fatalistic communities may turn to violence precisely because they believe their actions don't matter. They are hyper stimulated by violent ideas and images that "desensitize them" and "death is seen as something to be accepted or even praised".

This is the basic problem. Although only a very small minority would be violent, it is crucial to identify and predict when radical thinking can become mass murder.

Preventing incel massacres: it is not easy at all

In the case of ideological nihilism, the radicalization process takes place in different ways, at different rates and in "off the radar" people, who often in their social group are not considered to be at risk of radicalization, but can be.

In the context of a world that is increasingly entering a phase of "omniviolence" (we talked about it here) the prospect of having to face atomized and singular "terrorisms", but with a common thread it can be, indeed It is more than concrete.

Experts agree that the solution must be multifaceted. Many young people are part of these groups, so education and community involvement are key strategies.

"We need to make sure that young people feel a strong connection with their real communities, as well as with those online," says Purdue. "Whether it's the school, the workplace or other places".

Many mass killings, particularly those with social motives, target their own community, often killing people with whom they may have had previous interactions. This says a lot.

They are people excluded from society in many ways, and prevention means helping them to feel connected and valued.

By the time the next bullet goes off it will already be too late, and we will have failed again.