Cosmetic leg lengthening may seem like something from a dystopian future, but it is a real procedure. What is dystopian is that it is becoming surprisingly popular. 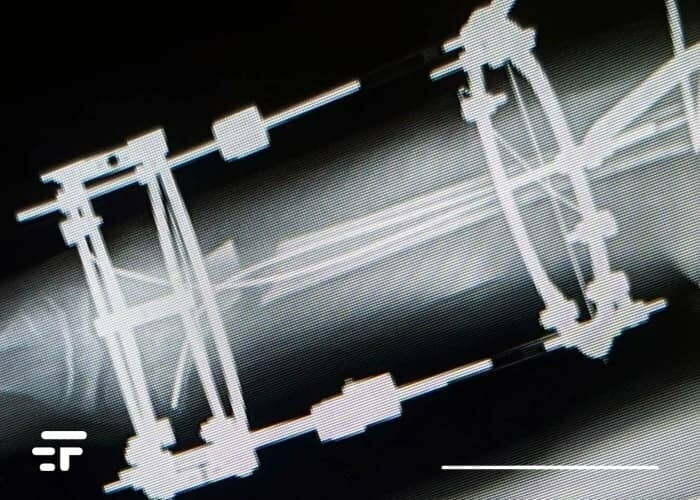 in Medicine, Society
⚪ Reads in 3 minutes

Originally developed in the 50s by a Soviet orthopedic surgeon named Gavriil Ilizarov, the surgical leg lengthening procedure has come a long way in recent years. Today it is embraced by a growing number of people who want to be taller and look more beautiful. I had no idea that leg stretching had already become a booming business, but it happened to me an interview with a surgeon who practices this procedure, doctor Kevin Debiparshad.

And I found that hundreds of men in the US go through this torture every year (paying $ 75.000 to $ 150.000 for an operation). Over the past 20 years this practice, especially for men, increased by 29%. Here's everything there is to know about the surprisingly mainstream rise of this operation which is absurd to me.

What is cosmetic leg lengthening?

Aesthetic leg lengthening is a procedure surgery which involves the breaking of the bones of the legs and their gradual removal thanks to a device called its Ilizarov frame. This progressive operation allows for the growth of new bone in the intermediate space. The process can add several inches to a person's height and is generally done in two or three stages, each of which takes about six weeks to complete.

Surgery, "robot snakes" to save lives

Are there any contraindications? I'll first tell you which ones aren't there. According to theUniversity of Florida this operation it is fully successful in only 4 out of ten cases. As with any surgery, leg stretches also carry risks. The most common complications include infections, nerve damage, and non-welding of the bones. With one major difference: if it happens to our legs, it can affect a lot of things.

Why do people undergo surgery?

There are many reasons people choose aesthetic leg stretches, but the most common is simple: they want to look their best. In our appearance-obsessed culture, appearing taller and more attractive by adhering to a "standard" can be an important confidence boost. Although there are other ways to achieve a similar effect (how about wearing heels?), More and more people want is a "permanent" solution like this.

Doctors, financiers, actors, CEOs. An anchorman. Silicon Valley engineers (mostly Microsoft): Dr. Debiparshad traces the profile of his patients and I can't place them in any particular stereotype of discomfort.

But all patients seem to have one thing in common: stretching their legs makes them feel a fuller version of themselves. "Many patients see it as an investment in themselves, and not necessarily to attract partners," says Dr. D. "Height is such an important part, I think, of who you are and how you perceive the world and how the world is. it senses you. Being able to change that has a big impact. "

I can not help but record the attack on one of the last social stigmas. the height. This too, good or bad, is the future.