Relations between China and the US are strained to say the least. Here's what could happen if it all fell apart. 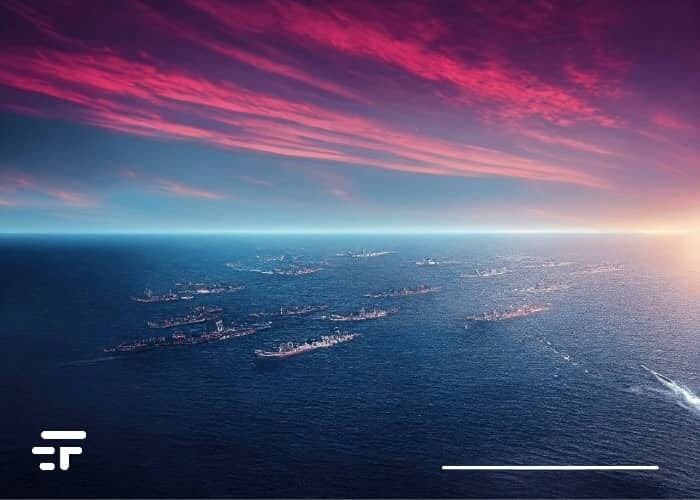 in Military, Weather
⚪ Reads in 4 minutes

The slope that the planet is taking is quite steep: the Ukrainian conflict will almost certainly extend, and the interdependencies between nations could do the rest. In the background, a more extensive and silent conflict, that between China and the US.

Last January, on the eve of the start of the "special military operation" in Ukraine, I analyzed the points of friction between the NATO countries and Russia, and the circumstances that would lead to the third world war. Today those points of friction have definitely increased: the risk of a global conflict is closer.

Let's try to speculate on the scenarios of possible "contact" between China and the US, which would trigger a large-scale conflict.

How it would start

Let's make a hypothesis. The most likely scenario for a war between China and the US would be the disputed islands in the South China Sea. Those interested in geopolitics know well that tensions have been increasing in that area for years, because both countries believe they have sovereignty over the area.

If one of them were to attack the other's military forces, it is likely that a full-scale war could break out.

How would that be

A war between China and the US, needless to say, would be a conflict of unprecedented scope in all of human history. Almost 2 billion citizens, the two largest economies in the world, and huge spheres of influence that would involve practically the entire planet in a short time.

Both countries possess sophisticated weapons, including nuclear ones. The US probably has the most powerful army in the world, and certainly the most technologically advanced: China follows close behind. A much greater distance when the defense costs are considered. China is catching up, but it has a long way to go: in terms of naval power, for example, the US has 11 aircraft carriers, more than any other country, while China has two (and a porter).

China and the USA, the Taiwan spark

As you can imagine, if a war were to occur between these two giants, it would likely begin with a confrontation over Taiwan. An island has been part of China for centuries, but since 1949 it has been ruled by a separate regime, a friend of the United States.

Beijing has long regarded Taiwan as a rebellious province of the Motherland, which must be kept in line. The United States, meanwhile, has pledged to defend Taiwan in the event of an attack by China. This mutual defense treaty could easily drag America into a war with China, although neither side is likely to want it.

It is clear that the fighting would not be limited to Taiwan alone, but would rapidly spread across the Asia-Pacific region and beyond. American forces in Japan and South Korea would almost certainly be involved, as both countries have territorial disputes with Beijing (Japan for the islands in the East China Sea known as Diaoyu or Senkaku in Japanese; South Korea for an islet called Dokdo or Takeshima in Japanese).

Australia could also join the fray, also having strained relations with Beijing (particularly over maritime claims in the South China Sea). Among the countries that could almost immediately be involved in a conflict, Syria or Russia could come to the aid of their Chinese ally, while the countries of the Atlantic Alliance would work to support the United States.

However, it is difficult to say exactly how things would work out, there are so many variables at play.

How it would end

The outcome of such a war, no doubt a Third World War, would be impossible to predict, but one thing is certain: it would be catastrophic for all parties involved.

Billions of people could die: entire megacities could be reduced to ashes. Forests and wildlife habitats around the world could go up in flames. Economic systems could collapse, global trade routes could be interrupted for years… I could go on indefinitely.

A "contact" between China and the US is the last thing we have to hope for.