Given the due proportions, the discovery in Turkey could bring to light a small "Byzantine Pompeii". 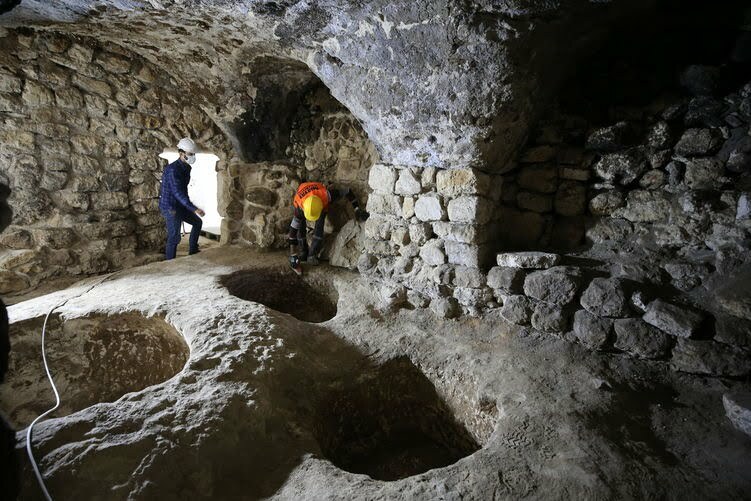 in Discoveries
⚪ Reads in 2 minutes

An ancient underground city of nearly 30 hectares has been discovered in Turkey, which is believed to have been founded by persecuted Jews and Christians: it may have hosted around 70.000 citizens.

Workers discovered what looked like a small cave during the restoration of houses near Midyat, the most southeastern city of Turkey, in 2020. The Turkish metropolis, however, is often regarded as a sort of air museum. open precisely because it is full of ancient stone buildings.

The preliminary analyzes just finished suggest that in reality it was not a small cave but much, much more. It is a veritable labyrinth of tunnels, silos, chambers, even religious spaces.

An underground 'homeland' in Turkey

Only 5% of the entire area has already been mapped during the excavations (started and resumed in fits and starts due to Covid). Gani Tarkan, director of the Mardin Museum in Midyat, says that the name assigned to the place is "Matiate", which means homeland in ancient Assyrian.

In this 5% already mapped, as mentioned, there are dozens of silos for the storage of wheat, olive oil, wine and other food products. The artifacts are not limited to storage. On the site there are also equipment for the production of wine and olive oil, coins and lamps. And evidence that the area in Turkey had at some point started to be used as a catacomb, possibly during the Byzantine period.

Above, on the stone vaulted ceiling of a chamber, archaeologists found the Star of David engraved in the wall, and other carvings (including human figures) nearby.

Tarkan is certain that Matiate is the largest underground city in Turkey: once completed, the great archaeological works that have just started will transform the entire locality and will bring to light a real "time machine".

Given the proper proportions, a small "Pompei Byzantine ".