Do you know the dependence relationship that the West has with Russian gas? It is nothing compared to what it has with Chinese lithium. How will it end? 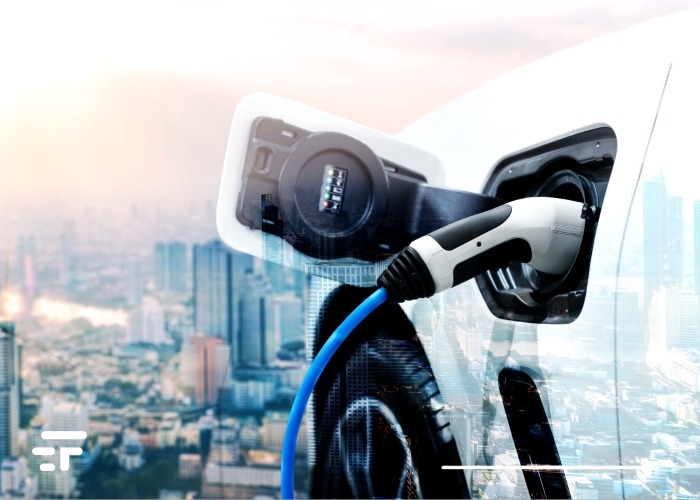 Over the past three decades, lithium has become a vital commodity. It is an essential part of cell phones and laptops, as well as electric vehicles that will increasingly dominate the streets in the near future. And when it comes to lithium, China is a cut above all countries in the world.

The Asian superpower he literally devoured about 40% of the 93.000 tons of crude lithium mined globally in 2021. Hundreds of mega companies across the country they are churning out millions of batteries for domestic and foreign electric vehicles (such as Tesla or Volkswagen, the two main competitors at the moment).

Second BloombergNEF projections, the China it could represent 80% of the world market for lithium-ion batteries by the end of this year. It hosts 6 of the world's top 10 battery manufacturers: one of them, CATL, produces 30% of all batteries in the world. A state of affairs that affects the entire production chain: China has agreements with the main lithium-rich nations, and this makes us understand many things. One above all: Chinese lithium is the next "Russian gas" from which the US and Europe will try to break free (difficult) or bad before it is too late.

Because (also) this time it will be a prohibitive undertaking

The battery of an electric car contains between 30 and 60 kilos of lithium. Forbes pixy that by 2034 the United States alone will need 500.000 tons of raw lithium per year to produce the electric vehicles. This is more than the whole world required in 2020. Who is ready to bet that the geopolitical tension unleashed on Ukraine will also be repeated with Chinese lithium? What will happen if (or when) China cuts off the supply of batteries?

The answer is as simple as it is ugly: skyrocketing prices. And there is no need for college professors (like Andrew Barron of Swansea University, who essentially says the same thing). The West must start expanding its battery production capacity, it is imperative. Will he make it?

Reading here and there in the programs of companies in the sector, 13 new gigafactory should arise within the next 3 years in the US. To these, they would echo (but by 2035) another 35 gigafactories in Europe. All 48 are obviously unknowns: will they see the light as and when expected? Maybe.

One thing is certain: they will need a lot, a lot of lithium

With enviable timing (or planning that started a long time ago) US President Joe Biden announced last March that he wanted to push domestic lithium production. Same story in the EU, where the push to produce only electric vehicles by 2035 has revealed itself in recent days (a decision, as mentioned, dictated by desperate need even before ambition).

There is something missing, however, in this equation. The transformation of raw lithium into lithium carbonate (or hydroxide), that is what is needed to make batteries, is neither easy nor cheap. It could take years, perhaps decades, for the US and Europe to reach Chinese capacity. China currently controls more than two-thirds of lithium's processing capacity, and that's where you need to look if you want to find the next knots of contention, the next battlegrounds.

And the next similarities, too. Without huge investments, even extracting iltio from American and European mines will have to be sent to China for its transformation. Does it remind you of anything?

Seriously: China is everywhere in the global lithium battery chain

The extent of Chinese control over the global lithium market and its transformation, as mentioned, extends far beyond the country's borders. Through companies such as Tianqi Lithium, China also has stakes in SQM, the largest mining company in Chile, e Greenbushes, Australia's largest lithium mine. The Celestial Empire has also signed agreements in the so-called lithium triangle between Argentina, Bolivia and Chile. And if we want to think about other components necessary to create lithium batteries, know that China also controls (for example) the70% of the Congo mining industry, home to nearly all of the cobalt in the world.

This means planning for the long run. This domain is the result of decisions made in 2015, when China made lithium a national priority within its strategic industrial plans. The investments dedicated to this goal were simply gigantic.

The result? China is the only country in the world capable of developing a whole process for obtaining lithium batteries. From extracting the raw material to delivering the battery, without depending on any imported chemicals.

Game over, then? No. There are still several unknowns on the table.

Things are never that simple. For nobody.

First, China is not producing enough lithium to meet its voracious domestic demand. And it still relies on imports of cobalt, nickel, copper and graphite. Should we still expect forced collaboration, or a war of cross-sanctions that will block the growth of the sector?

Currently it appears that neither of the two contenders (“it's the new war hopefully cold, baby. Will you stop me from fighting? I'll stop the nickel ") seems to really want the start of hostilities. The situation, also thanks to the theater of war still open in Ukraine, it looks more like a stall.

This doesn't mean it will last forever, though.

If the West is "rushing" (say) to build factories and mines, China is starting to exploit lithium sources in places not yet traveled. In other words: the situation seems static, but it has its own dynamics. And the balance could be upset sooner or later.

Meanwhile, China has the ball in the game. Thanks to the fluctuating trend in lithium and battery prices, it is the Chinese producers who are attacking the West. Car brands like Nio or MG launch in our part the cheapest electric vehicles ever, securing a strong competitive advantage for the time being.

The near future will tell us whether this advantage will be reduced, or filled, and at what price. 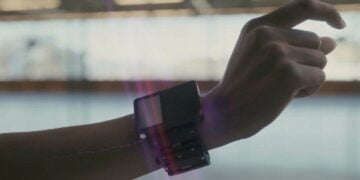 Facebook is coming up with a stunning wrist controller, which almost seems to read thoughts and dominates reality ...