Elevian appears to have the edge in finding ways to increase lifespan, in this case using a protein called GDF11. But there are challenges to be faced. 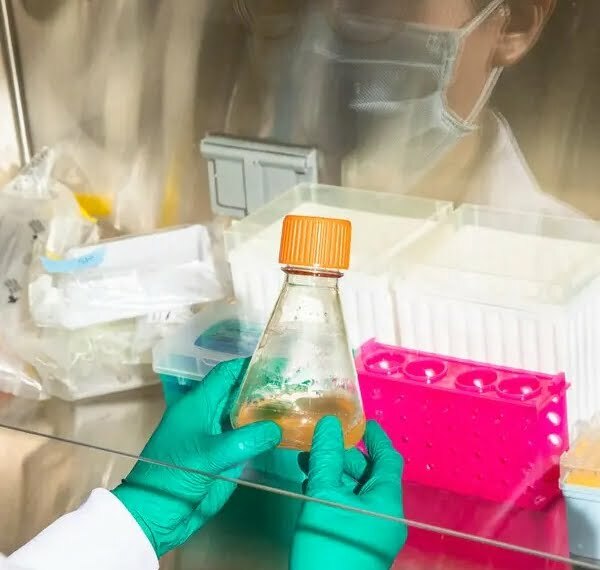 The protein known as GDF11 in a laboratory at Elevian's headquarters in Newton, Mass. It could be a powerful tool in fighting age-related conditions, including strokes.

It's been years since scientists at the Harvard Stem Cell Institute used a technique known as parabiosis (brace yourselves: they surgically 'attacked' a young mouse with an old one). The purpose? See what would happen to the tissues of both mice when their blood was shared. Frankenstein, step aside.

It was not a crazy experiment or a random attempt: they knew from previous research that putting young blood into older mice made them biologically younger, and that in contrast young mice exposed to old blood aged faster. Harvard researchers, Amy Wagers e Richard Lee, they found that the old mouse's heart tissue had been repaired, becoming young again, ditto for the size of the organ.

First question: what magic is this? Answer: a protein.

"We all wondered: what is the magical substance contained in the blood?" He says Lee Rubin, professor of regenerative medicine at Harvard. The "magic" identified was a protein, Gdf11, one of the tens of thousands produced in the human body.

Dr. Rubin's lab also found that the GDF11 protein in mice stimulates the growth of new blood vessels in the brain and neurons in the hippocampus (the part of the brain associated with learning and memory) and rejuvenates muscle and skeletal tissue. The scientists' findings were published between 2013 and 2014 in the Cell and Science journals Thu, Thu e Thu. Well: what is the next question that scientists have asked themselves? Soon said.

Could the GDF11 protein be exploited to promote regeneration and repair in humans?

In 2017, Dr. Rubin, Wagers and Lee, along with five others, have founded a pharmaceutical start-up called Elevian with the aim of commercializing GDF11 protein-based therapies to stop, slow or reverse diseases associated with aging. It's a giant step from rats to humans, which could have profound consequences.

"We are interested in proteins like GDF11 that are excreted into the bloodstream because they can cause changes throughout the body," says Dr. Mark Allen, managing director of Elevian. "And that's the kind of changes we want."

Why are anti-aging therapies always tested on mice? Aging in mice is very similar to that of humans. "Mice and people share organs, cell biology and most varieties of neurons and neurotransmitters, and they often respond to drugs in similar ways," Miller says.

Dr. Allen started his first healthcare business when he was still studying medicine at the University of California, back in 2000. After 17 years, examining active ingredients to be exploited in a new startup, his choice fell on the GDF11 protein.

"I had this idea that aging itself could be the goal of a therapeutic intervention," says Allen, "because if we target one aspect of the aging process, then we have the potential to cure many different diseases."

As it was easy to predict, the initial research on the rejuvenating properties of the GDF11 protein did not meet with the unanimous approval of the scientific community. After the first published data, in 2015 a group of researchers led by David Glass, then executive director of the Novartis Institutes, contested the accuracy of Rubin and colleagues' findings in an article in the journal Cell Metabolism (this). In an almost boxing 'back and forth', Harvard researchers responded with another article (this) in which they showed errors in the ratings received.

Dr. Glass, who now works at the biotech company regenerate (owner of an antibody therapy to Covid-19) said in a recent e-mail that she still supports her ideas: for him the GDF11 protein could only work in particular contexts, which needs to be demonstrated, but it certainly does not work in general.

Stop, if you can, the retro thought that these controversies arise only from conflicts of interest: it could be, how it could not be. What matters is the data, and since 2015 Elevian's research team has reproduced and extended its original results in multiple studies (none yet published in peer-reviewed journals), and several institutions have conducted (and published) preclinical studies showing the protein's effectiveness in treating age-related diseases.

The eve of human testing

Today Elevian is on track to begin human clinical trials (expected to start in the first quarter of 2023) and has raised tens of millions of dollars in funding.

It is not the only one, as you know. The emerging sector of “longevity therapies” already has many players. Virtually all of Silicon Valley he bets to move death further: Jeff Bezos (Amazon) launched Altos Labs in January. Google has Calico Life Science and Isomorphic Labs, and so on. Over $ 2 billion was invested last year to launch startups in this sector.

Anti-aging seems more and more the next big deal (yes, along with the metaverse, but given the choice I wish these therapies would work more).

There are some hurdles to overcome for Elevian and its anti aging protein. One of the most important is intrinsic: today it is almost impossible to market an anti-aging drug. Because? Because no health authority recognizes aging as a disease to be treated.

Even if that happens, it would take years to prove that one treatment affects the entire aging process. For this reason, Elevian's strategy to commercialize the GDF11 protein is to target a specific disease.

Hence the third question: "What is the worst condition, which could have the greatest and most visible benefits from a treatment with GDF11?" Answer: stroke.

It is the world's leading cause of long-term disability, and has very limited treatment options. Preclinical studies on GDF11 say that a few days of treatment are enough to improve recovery: it reduces inflammation, improves metabolism and stimulates the brain to create new vessels and new neurons.

For this Elevian will go straight to stroke: and will have to go through expenses and difficulties of all kinds, from those on the production of drugs to finding the basic materials that are used to conclude and publish the research to obtain the approval of the American FDA.

Dr. Allen, however, is certain he will succeed: the results on the GDF11 protein will have a profound impact on how we age and how long we live. "By targeting the fundamental mechanisms of aging we will be able to treat or prevent many diseases related to aging, and we will extend the health lifespan," he said.

Will they make it? I take popcorn. Few, to stay light: it is better to keep fit anyway. 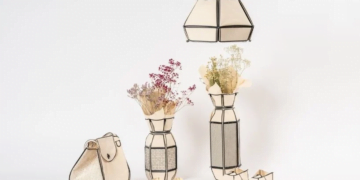 An Israeli designer develops a whole method of making a plethora of 3D objects, all in canvas.