Silicon Valley is the religious capital of the technological cult: its spiritual leaders pursue eternal life, but is it for everyone or only for them?

Everybody dies. It's a fact: awareness and fear of death guide our life. With varying degrees of responsibility, they all play their cards to delay meeting the old lady.

For a small club of Silicon Valley entrepreneurs, the question is different: they have many more cards to play. Rustling, rectangular-shaped cards that closely resemble banknotes. And today they are waging a war.

The co-founder of Google Sergey Brin, the CEO of Oracle Larry Ellison, and (could it be missing?) Elon Musk they face "the problem" with the same spirit of those who have to undertake new businesses. The goal of this conventicola is to push the aging limits from 120 to 120 years (or more). For them, admitting they will die is accepting defeat - something they're not at all used to.

"There are all these people who say 'death is natural, it's just part of life, and I think there's nothing further from the truth," said the co-founder and investor of Paypal Peter Thiel in 2012. For him, "Death is a problem that can and must be solved".

Maybe they won't. More: if they really find a technique to extend life, they will not be able to benefit from it.

Since ancient times man has tried to bypass death: the mythical Giglgamesh, the protagonist of a thousand legends that have their roots in 2000 BC, took care of a plant of longevity. The Greek legend of Titone, who asked Zeus for eternal life, but forgot eternal youth. What about Dorian Gray? And Faust? Anyone, real or real, has failed in the enterprise.

It is not difficult to understand that these stories are actually warnings.

Anyone who has tried to defeat old age and death, these legends tell, has never enjoyed the fruits of his labor.

Why? Even the most hungry for life cannot deny that age causes severe physical and cognitive degradation. Over time our physiological processes no longer work so well, our bones break more easily, our organs fail, our mobility is limited. What is the use of extending life indefinitely if it is reduced to a shadow of itself?

Certainly none of these problems will stop the efforts of the modern Silicon Valley "titans". Not satisfied with having dealt with the problems of how to make us communicate with each other and how to make us move and travel, they have decidedly focused on longevity.

Immortality is Silicon Valley's next goal

In 2013, a company founded by Google called Calico was born with the declared goal of testing substances that extend life. It is no coincidence that the company's information documents have "solve death" among the payoffs.

Other companies focus on treating chronic ailments to give humans longer and more satisfying lives.

Verily, another Google subsidiary, creates devices that improve the quality of life of people with diabetes and Parkinson's.

As noted above, let's not confuse modern medical efforts to extend life with a "long and HEALTHY life" for all. Heart ailments are on the rise, for one thing, and people's lifestyle choices often put them on the path to death they want to avoid.

Because the issue is that there are very few treatments in the world capable of sustainably extending life from the masses. Between these:

La Rapamycin, an immunosuppressant, has shown promise in maintaining cellular activity even in old age;

In clinical trials the Tanespimycin, a drug used in anticancer treatments, helps to cleanse the body of cells that stop replicating properly.

It is not yet clear which of these substances will help humans live longer. There are no studies (and necessarily long-term studies) but the first results are astounding.

Silicon Valley club members are not only interested in these solutions: they focus on out-of-the-box approaches to increase longevity.

And to be honest all the solutions they explore do not contemplate any solution extensible to the mass for now: those who invest money in this field seem (rightly?) more focused on individual solutions, which work primarily for themselves.

The timing of medical research and the absence of solid evidence do not dissuade technology leaders from trying all sorts of remedies on themselves.

The already mentioned Peter Thiel is accused of injecting blood from young donors, a technique that has shown effects on mice (in rather disturbing studies) not yet confirmed in humans.

The 32enne Serge Faguet, founder in Russia of the TokBox video platform and the Ostrovok booking portal, claims to have spent over 200.000 euros on biohacking. He increased and perfected his hearing and took microdoses of MDMA, everything for "Live life better" (on the effects we will evaluate in the next years).

These treatments, and others even more controversial, are so costly to the masses that in the future two "classes" of humans could actually be created. A sort of neo-castes, which lives for 150 years or more, and another that sees the life expectancy unchanged or even reduced.

"Health disparity in the US could create classes of 'immortal lords' as opposed to mere mortals," said Sean Parker, former Facebook president, at an event on anti-cancer innovations last November.

“As a billionaire I am preparing to have access to better care. Maybe I'll turn 160 and be part of a separate caste ".

Do you also think that money and self-experimentation will solve a condition that has always plagued humanity, to the point of creating two different human "species"?

There may be psychological reasons behind this attitude. Maybe these entrepreneurs who are used to winning and creating constant challenges simply want to deny the idea that they will die?

There is certainly a lot of vanity in this approach, he says Linda Waite, professor of psychology at the University of Chicago. “Aren't they already lords and masters? They think they can achieve everything by having their wealth, but that's not the case ”. Does it sound like a Dorian Gray makeover?

Faith could also play a role. "Traditional religion in the San Francisco area is giving way to a different form of worship, a strong belief in the power of science for the salvation of mankind," according to an article on Christianity in Silicon Valley published in the magazine. Quartz. A sort of "religion of technology" with "religious leaders" too young to find peace in the idea of ​​dying? This would be the ingredient that triggers the obsession with longevity.

Today, as always, however, there are still no miracle pills to live forever, or eternally healthy. The only things that work are still exercise, fruit, vegetables, mental tranquility, stimuli. No shortcuts.

If the Silicon Valley leaders really want to destroy death, they should also invest in the spread of these practices as well as in long-lived elixirs that so far appease their ego and in perspective they will only help them. 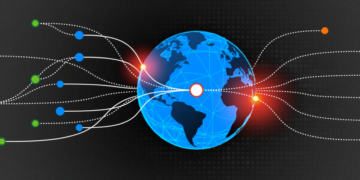