If it works, the new Epstein Barr virus vaccine will protect people from mononucleosis and possibly multiple sclerosis. 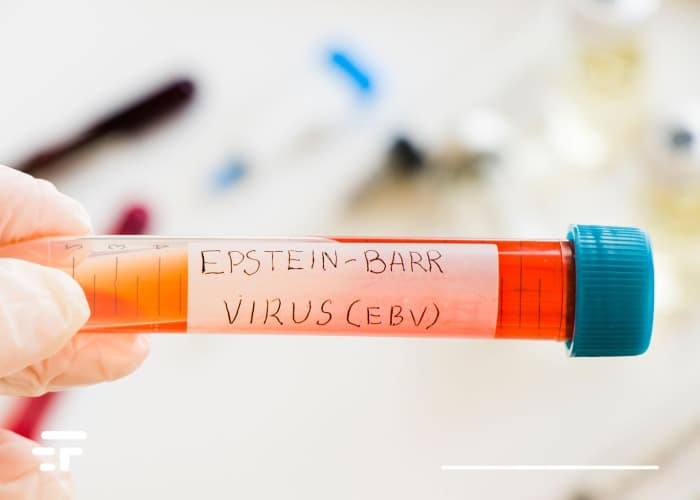 Epstein Barr virus (EBV) is a virus of the herpes family that spreads through saliva and which it affects about 9 out of 10 people, although many are unaware of it because they are generally asymptomatic.

Like other herpesviruses (including chickenpox, shingles, and cold sores) once Epstein Barr infects a person it stays in their body forever hiding in their cells, but can periodically reactivate causing new symptoms.

The Epstein Barr virus is primarily known to cause mononucleosis (also known as the "kissing disease"). It causes extreme fatigue, fever and sore throat, and can last for weeks or even months.

However, EBV has long been associated with an increased risk of some cancers and autoimmune diseases, the worst of which is multiple sclerosis.

In January 2022, a Harvard team released the results of a study conducted on ten million young people. It is revealed that those infected with the Epstein Barr virus have 32 times more likely to develop multiple sclerosis. It was the first comprehensive study that provides compelling evidence for this causation.

"A big step," says the Italian Alberto Ascherio, a professor at the Harvard School of Public Health and lead author of the research. “It suggests that most cases of multiple sclerosis could be prevented by stopping Epstein Barr virus infection. Studying this virus better can lead to the discovery of a cure for multiple sclerosis: if you are not infected with it, the risk of developing it is practically zero ".

A vaccine against the Epstein Barr virus

The US National Institute of Allergy and Infectious Diseases (NIAID) has experimentation started phase 1 of an Epstein Barr virus vaccine. The vaccine targets a molecule found on the surface of the virus, called glycoprotein 350. It is the same molecule that the neutralizing antibodies of the immune system attack when there is an EBV infection.

In this study, the researchers will give 40 healthy young adults between the ages of 18 and 29 three doses of the Epstein Barr vaccine. The goal is to determine the safety of the vaccine and see what kind of immune response it requires.

The fight has started

Developing herpesvirus vaccines is not easy, given their ability to "hide" from our immune system. In particular, Epstein Barr, which until a few months ago was not considered a priority.

However, the fact that it can cause multiple sclerosis has accelerated everyone's efforts. Moderna, one of the pharmaceutical companies that developed mRNA vaccines against Covid, is also currently testing a possible vaccine. And vaccines aside, they are being tested (with excellent results) also specific immunotherapies.

We may be close to knocking out the cause of one of the most disabling conditions, which can cause a lot of suffering to those with it.