The era of space mines will come: companies and scientists are moving to reach materials on planets and comets, but it will not be easy. 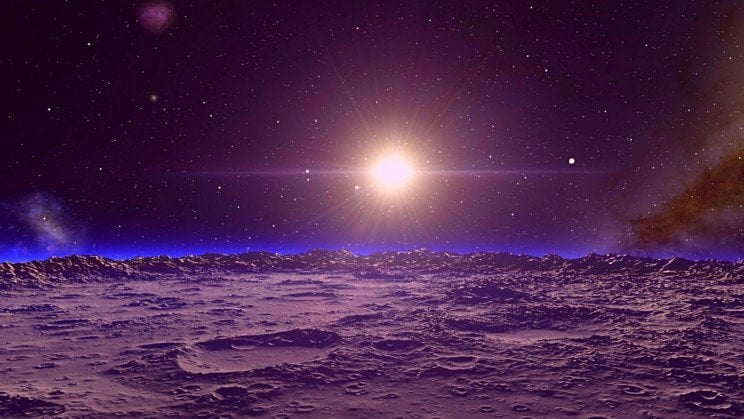 Planetary bodies such as the Moon, Mars, asteroids and comets all have significant repositories of valuable resources. This has aroused the interest of researchers and companies: everyone would like to extract them to make new discoveries, but above all for economic reasons. Space mines?

It will not be an easy feat to create an off-Earth mining industry.

Use of resources on site

If you think that exploiting mines on other celestial bodies will immediately consist in collecting resources and bringing them back to Earth, stop: this will hardly be a commercially viable application. Not at first, at least.

If we wanted to establish a long-term human presence on the Moon, (this is proposed by NASA), we should supply the astronauts who will live there. And the water itself, for example, can only be recycled up to a certain point.

Again: sending resources from here today is very expensive: even with considerable savings, SpaceX's activity now allows one kilo of material to be sent into space for about 2700 euro. More likely, the first space mines will serve on the spot. From the ice to oxygen, passing through the ground to build structures (maybe to be printed in 3D), all activities will be concentrated directly on site, at the beginning.

In the medium term, the first space mines could change the management of satellites. Reaching them from the Moon involves less energy than reaching them from Earth. Today they are decommissioned after 10-20 years when they run out of fuel. Some space companies (such as Orbit Fab) design satellites to be refueled with propellant collected in space.

What could we extract from space mines?

Of everything: some precious resources are really abundant: there are asteroids with significant quantities of metals of the group of iron, nickel, gold and platinum, to be used for construction and electronic purposes.

Lunar regolith (both in soil and in rocks) can be used both to make solar cells on site and to power them any motors or nuclear fusion power plants thank you helium-3 which contains.

As for ice (present on the moon, on Mars and presumably on asteroids and comets), could be used to obtain water or oxygen and hydrogen to use as a propellant.

How would we mine in space?

Some proposals for off-Earth mining are similar to those involving mining on Earth. For example, we could mine the lunar regolith with a special one excavator with wheels in cups or extract materials from an asteroid using a machine for digging tunnels.

A team of researchers fromUniversity of New South Wales Sydney proposes to use biomining. In summary, releasing bacteria on an asteroid: the bacteria would consume certain minerals and produce a gas to be collected and exploited.

Space Mines: There are still challenges to be faced

It goes without saying that there are many technical and economic challenges to be overcome before starting a thriving mining business in space. I identify 5:

Appetizers, the further away from Earth something is, the longer it will take to reach it: there is a delay of up to 40 minutes when sending a command to a Mars rover. The Moon "carries" a delay of only 2,7 seconds and may be ideal, as do other small celestial bodies that occasionally pass "beside the earth" at similar distances.

Extracting material out of the Earth will have to be a remotely driven, or even automated, process: it is not easy, if you consider that currently even on earth the mines are not completely robotized (apart, perhaps, those used to build this Chinese dam).

Vehicle chapter: we have spacecraft capable of land on asteroids and even retrieve samples, but we still have a pretty low success rate.

Environmental issue. Mining in space could help reduce those on Earth. But if the mining operations involve a greater number of space launches (including those to bring resources here to the planet) we could be faced with a boomerang.

But we are working on it

As you may have understood, we are really at the beginning: many companies are working on a future that involves space mines. The Canadian Space Mining Corporation, for example, that it is developing the necessary infrastructure. Or the American offworld working on industrial robots for space. There Asteroid Mining Corporation it is even thinking of creating a market for space resources.

Time to time, in short. Maybe our children will give themselves space platinum rings, who knows. In perspective, however, it is not an "if", but a "when".

These mobile robots increasingly resemble a new animal species. Let's make sure they're not at the top ...