DALL-E 2, the AI ​​that creates everything you want: you ask, it draws

You ask, she draws: the second version of DALL-E is amazed by the ability to interpret language and convert it into images. 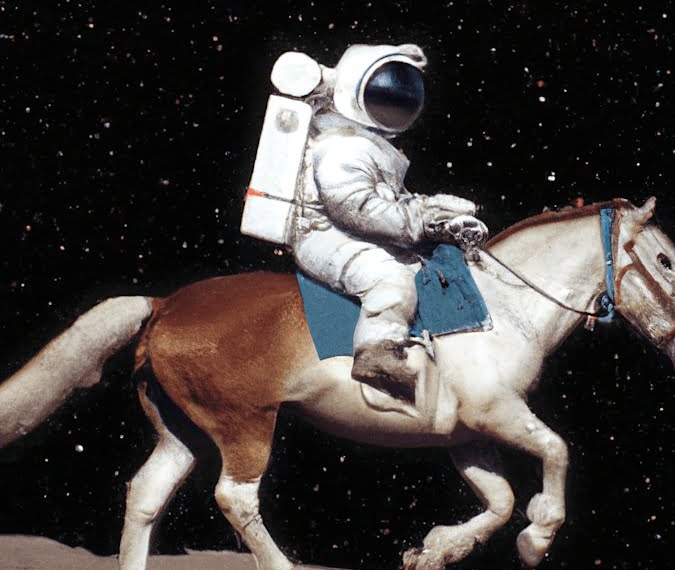 An astronaut on horseback designed by DALL-E upon request.

I know, we were all distracted by something else: in January 2021 OpenAI, the company founded by Elon Musk and backed by Microsoft, has launched its most ambitious project to date: a machine learning system called GIVE HER.

What does this artificial intelligence do? Quickly said: it produces images starting from a simple text description. An example? Write "A camel with a book as a hat", or "A tie made of forks" and he draws, creates, in short: he pulls out an image.

Now, Open AI has unveiled the second version of DALL-E, and things have gotten pretty damn serious: the resolution has gotten a lot better and the production time a lot lower. A typical exponential dynamic to which artificial intelligences have accustomed us, and above all will accustom us. Also because, if you remember, the head of Open AI just said that these machines maybe (maybe) they are becoming sentient.

A little Wall-E, a little Dali

The DALL-E version one (a portmanteau of "Dali," as the artist, and "WALL-E," as the Disney animated character) was able to generate images and stitch various photos together into a collage, offering perspectives. editable, and deducting elements of an image on their own, for example shading effects.

A super good designer, with all the images in the world at his disposal, who interprets requests and draws instantly.

"Unlike a 3D rendering engine, which requires precise inputs, DALL-E is often able to 'fill in the blanks' when the caption implies that the image should include a certain element is not expressly indicated," wrote the team last year on the Open AI blog.

How does AI that draws on demand work?

DALL-E was not meant to be a commercial product, and the OpenAI team decided it would be for the best. The researchers "prevented" him, for example, from creating images with a sexual or political background, to prevent the system from being used to generate disinformation. Same goes for specific names: impossible to ask him, to say, "draw Frank Sinatra playing tennis with a polar bear".

DALL-E 1, in essence, takes advantage of the incredible GPT-3 language interpreter (here I talk about it more in depth, if you are interested) and draws what it understands more than what it “senses”.

Unlike the first version, which was available to everyone on the OpenAI website, this is only available for testing by a limited number of partners: I await a few days for a response from Open AI to join the group.

I'll let you know what this brat draws me!

More autonomy and greater capacity with a simple "add-on" that transforms the wheelchair into a multi-purpose vehicle.