Drilling and descending where no one has yet descended: and obtaining practically infinite energy, regardless of the place in the world. 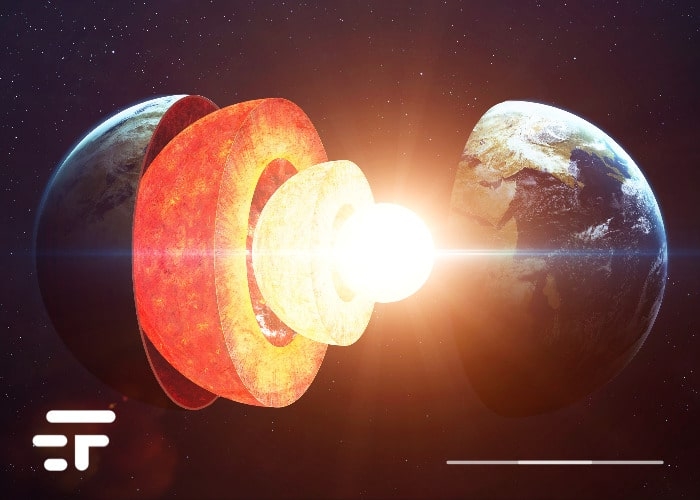 When it comes to renewables, the superstars are always solar and wind power: unsurprisingly, given the success of both sectors. Solar and wind power, however, have their drawbacks. They are not yet continuous, reliable and universally practicable. Energy storage and transport are crucial: progress has been made on both fronts, but batteries remain expensive to produce, maintain and replace.

What if there was an almost unlimited supply of energy in the world? And if it were "enough" to develop technologies that use this energy source? If that were enough, in one word: drilling?

The answer is to drill

The answer to these questions is and always has been directly under our feet: the core of our planet is hotter than the sun (even if it's cooling a little). All it takes is to drill deep enough to release some of its heat.

At least that's the intention he has Quaise Energy: the startup born within MIT in 2018 has recently obtained $ 40 million in new funding. But to really drill deep, you first need new drills.

To vaporize the rock instead of breaking it, it is necessary to replace the traditional tips with millimeter wave light beams. These contactless drills can penetrate up to 20km (12 miles) into the earth's crust, where the rock reaches temperatures in excess of 350 ° C (700 degrees Fahrenheit). The water would be sucked into the hole and converted into steam, then into energy.

“We have an access problem right now,” he says Carlos Araque, co-founder and CEO of Quaise. "When we manage to drill 10 to 20 kilometers deep, we will have access to a virtually infinite source of energy."

It sounds promising, but the startup has yet to prove its experimental technology works. By the way, does it work? Let's take a small step back first.

Geothermal energy explained to my dog

Geothermal energy doesn't get much attention because it depends on special conditions. Iceland, for example, has made its electricity grid almost 100% renewable using geothermal and hydroelectric energy: it is a leader in Europe. However, Iceland is a rare case: a beautiful island made up of volcanoes and glaciers, and when fire and water meet near the surface, you don't even need to drill.

Conventional geothermal plants use steam rising through cracks and crevices in the rock to heat structures and drive turbines that produce electricity. Not at all easy and not at all obvious.

For this reason, the new geothermal energy aims to create the right conditions, rather than looking around for them. Advanced geothermal systems (EGS) penetrate warmer rocks with fewer natural fissures and cracks. They then fracture the rock using high-pressure fluids (a technology borrowed from the oil and gas industry known as "fracking"). I said fracking and already turn up my nose.

Sure, EGS advocates point out that the fluids used for EGS are safer and have a lower risk of groundwater pollution. Ditto for the risks of inducing seismic activities, because EGS systems would produce smaller fractures in the rock, using lower pressure than fracking which recovers oil and shale gas. But my doubts remain.

The Quaise system is even further ahead

Drilling at very high depths means hitting the rock at higher temperatures. So high as to produce "supercritical" water. A fourth state beyond the solid, liquid and gaseous state, during which water contains 4 to 10 times more energy per unit of mass, doubling its conversion into electricity.

Drilling down there is a feat

The more you go to drill, the hotter the rock gets - an advantage that has a price. With conventional technologies there is a point beyond which drilling is no longer possible. Simply, the electronics melt, and the drill bits are literally ripped off. To replace one at those depths, it could take a week to lift it, two hours to replace it, and another week to bring it back down again.

The solution (not so original or new) is contactless drilling.

Paul Woskov of MIT, whose research underpins Quaise's approach, took 10 years just to demonstrate the physics involved in this technology. The system for drilling without touching the rock includes a beam of millimeter wave energy, an electromagnetic frequency in microwave territory generated by a gyrotron on the surface. The microwave beam is "shot" into the hole of the drill along with a gas (nitrogen, air or argon) and vaporizes the rock layers deep in the Earth. Then the gas binds to the vaporized rock and carries it to the surface like a cloud of volcanic ash.

The first tests, the result of the grants received, will start in 2024.

Quaise will begin drilling with this method in just under two years, gradually increasing the depth. The only bottleneck is this technique, the company claims: everything else is ready, including the power plants.

Indeed, current power plants could be "adapted" by drilling nearby and replacing fossil fuels with geothermal energy, with an ecological footprint from 100 to 1000 times lower.

To put it this way, this would sound like the true ecological transition. A great vision. Sure, still early, but it deserves a lot of attention.

The Earth's 'geological engine' still has it for at least a billion years. It is an energy source available from anywhere on the globe.

Today geothermal is a niche, but if this way of drilling works it will revolutionize our entire energy mix. 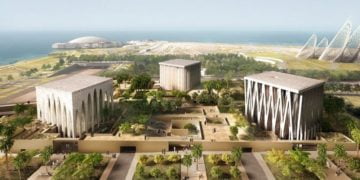 The interreligious complex that will rise in the capital is a masterpiece of design, and a hymn to universal peace. Mosque, church ...