They give energy from the wind, and then a lot of headaches: but wind turbines can be reused in a thousand ways. That's how. 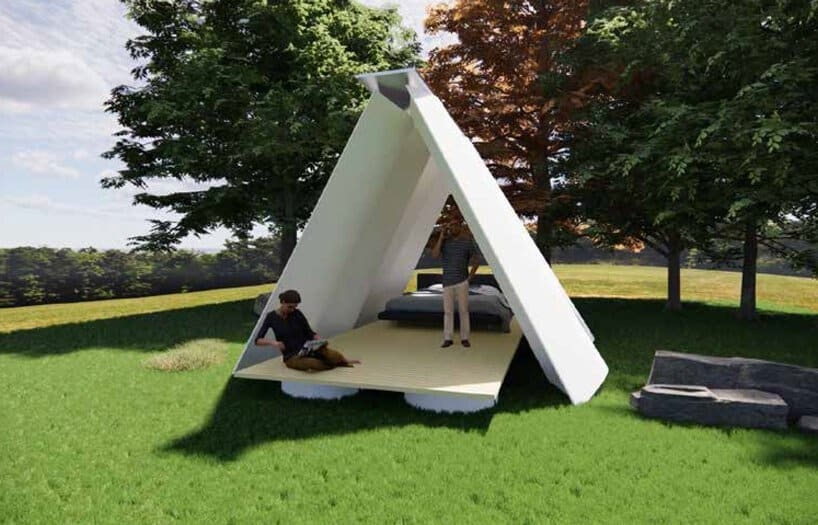 In the Irish city of Cork the Re-Wind set up the first “BladeBridge” for pedestrians, cyclists and emergency vehicles. Two disused LM13.4 wind turbines make up the bridge structure, which is over five meters long.

BladeBridge, completed at the end of last January, is the second pedestrian bridge in the world built with disused wind turbines. Paired with the one completed in October 2021 in Szprotawa, western Poland, by the Polish recycling company Anmet and partner GP Renewables.

Could the “bladebridges” solve a serious waste problem?

Re-wind explains that modern wind turbines typically last around 20 years before being decommissioned. However, most blades are not biodegradable, and are difficult to recycle because they are made of composite materials, mainly glass fibers, resins and foams.

The global problem is large: a typical 2,0 MW turbine has three 50 m long blades for a total of approximately 20 tons of fiber reinforced polymer (FRP) composites. By 2050, we will have around 39,8 million tons of material from the global wind industry awaiting disposal.

Re-Wind, recover wind turbines to put the environment back on track

Re Wind is a research project that was created to find a solution to this serious problem. the interdisciplinary team includes experts from several Irish and American universities.

“We are studying the use of wind turbines in construction and engineering. The development of such procedures could have a beneficial impact on air and water quality by reducing one of the major sources of non-biodegradable waste ”. That's what he thinks (and says) Lawrence C. Bank of the Georgia Institute of Technology, which is taking part in the project.

Of course, not just bridges

Bridges aren't the only creative use of old wind turbines. Re-Wind has proposed a number of other uses such as refreshment points, noise barriers or bicycle sheds.

Given the fact that these structures are always needed, we might as well use things we wouldn't know where to throw, right?

The tiny house market is enriched with a new really interesting module: Nestron's Cube One has all the ...