The company has developed an experimental reactor that generates low-cost and environmentally friendly nitrogen fertilizers. 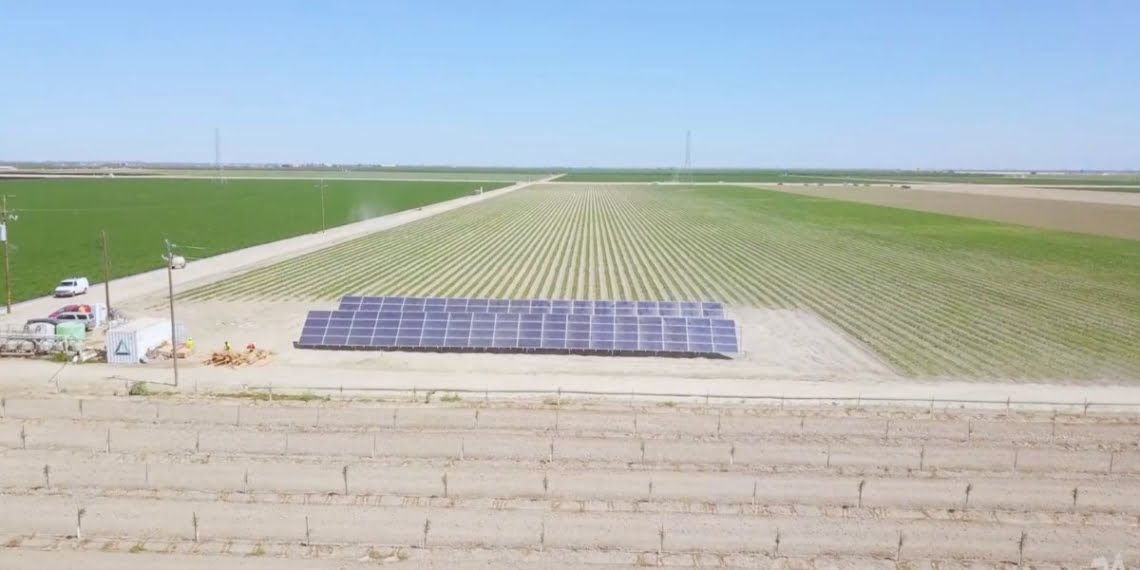 The nitrogen extracted from the air serves Nitricity to produce nitric acid, the most essential nutrient in fertilizers that plants use to grow all of our food.

In October 2021, the company began commercial operations with an installation of 144 solar panels - the most classic of the pilot projects.

On its official website, Nitricity then provided the results of an experimental study on its "serious" pilot project in Fresno, California. The starting solar system was a complex of 16 ground panels producing 75-85V and a maximum power of 2,4kW.

The plant was connected directly to an underground irrigation system, used to fertilize a tomato crop. The study shows the success of the experiment, with tomatoes in quantity and quality comparable to those obtained by the control system (ie a normal fertilizer with nitrogen produced in series).

Nitrogen and fertilizers from the air: the pilot project

Nitricty claims their technology will appeal to a broad range of customers. The system is readily available, allowing farmers who are far from fertilizer production centers to benefit from the innovation.

On the environmental level, it's a bang: the Nitricity process challenges the industrial production of ammonia, a process that directly creates more CO2 than any other human-driven chemical process on earth. The main raw material for modern nitrogen fixation is natural gas, and its conversion into ammonia generates heavy pollution.

It's not all: Nitricity's distributed and localized nitrogen solution also avoids transport emissions. The process of distributing fossil-based nitrogen fertilizers can cause market inefficiencies, resulting in the cost of fertilizer for a farmer two to five times higher than what would be available from a factory. Due to their direct link with natural gas, the production costs of the fertilizers fossil based are unpredictable and costly.

A practical example of the application of Nitricity technology, with the case of a wheat producer:

If these fertilization systems are paired with solar-powered greenhouses and other sustainable land management methods, solar energy will likely be needed for our food supply in the future. The asteroids are out there, and they are many, with their load of pitfalls ... and riches. How can we exploit them?