China has developed what it claims to be the world's largest quadrupedal robot for military logistics and reconnaissance operations. 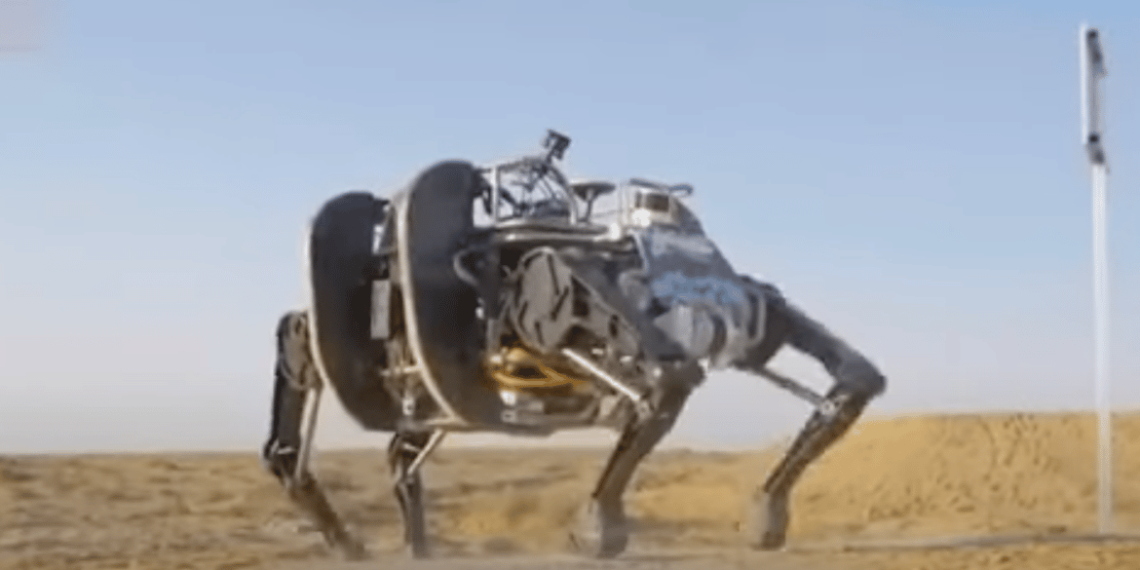 To assist the military in logistics and reconnaissance operations, China has developed what it claims is the largest quadrupedal robot in the world.

The platform structure is built to withstand off-grid military operations and traverse by running, jumping, spinning or going diagonally across different scenarios. And when I say “different” I mean really different: cliffs, trenches, grasslands, fields, deserts, snowstorms and swamps.

The platform has 12 state-of-the-art modules and sensors, which allow it to collect tactical information on the battlefield and perform logistics, according to the China Global Times, among the first Chinese newspapers to relaunch the news.

The possible military applications of this quadruped war robot? As mentioned, all-weather operations in high-risk combat zones, remote border regions and complex terrain. In other words: things that have proved too difficult for the soldiers. But do we want to rule out that sooner or later these contraptions are equipped with heavy weapons?

He is not the first four-legged 'soldier'

In addition to the latest robot just unveiled, China also has another bionic "dog" called Geda which weighs 32 kg (70,5 lbs) and can carry 40 kg (88,1 lbs) of cargo. The much smaller quadrupedal robot understands simple voice commands and uses facial recognition.

From one quadruped to another: man's best friend inspired man's worst enemy.

Technical tests of "infinite" tire. Goodyear presents ReCharge Concept: it is rechargeable, it does not deflate and adapts to different conditions ...