It is called Molnupiravir and for days we have been talking about nothing but this antiviral that can help us give a perhaps decisive blow to Covid. But how does it work? 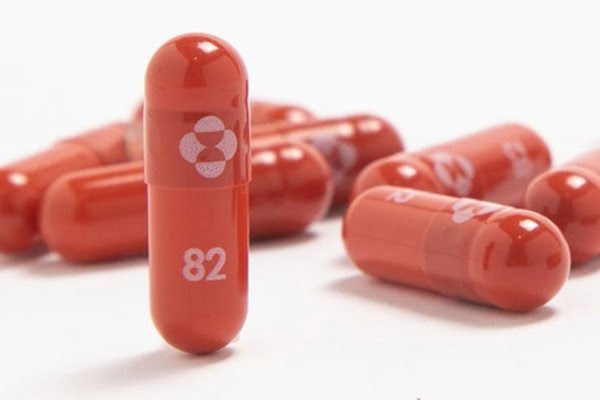 The latest vessel in the fleet that scientists are fielding to fight COVID-19 is not a new vaccine, we already have a lot of them. It's an antiviral pill: it's called Molnupiravir and for days we have talked about nothing else. But how does it work?

Molnupiravir's potential breakthrough was discovered by researchers at Emory University, and companies Merck and Ridgeback Biotherapeutics rushed to license it. After the hype of the announcements, let's take a look. Making an obvious general premise.

According to a press release, the companies said Molnupravir has achieved impressive results. Patients who received a dose of the Merck pill were hospitalized (or died from Covid) to a far lesser extent than those who were given a placebo pill.

The numbers stand at 7,3% of 385 patients who received one dose compared to 14,1% of the 377 who received a placebo. In summary, it's about 50% cheaper. A pill that halves the risks in one fell swoop.

At this time, the only other drug approved by the FDA for the treatment of COVID-19 is remive. The US sent it to China as early as February 2020, when it was still experimental, as a form of aid. However, remdesivir requires a drip in the form of an infusion or injection and is not easy to administer. Molnupiravir no. It can be made into pills.

How does Molnupiravir work? A pharmaceutical "hacker".

Molnupiravir's differences are also in approach. This drug will work differently against the virus. To be simple, it manages to enter the genetic material of the virus and introduces "errors" to essentially confuse the genes. These errors break down its ability to replicate itself, at least this second Daria Hazuda, scientific director of MSD, Merck's label operating outside the US.

The study produced the most effective result ever in an orally available drug in treating a respiratory pathogen. The ability to get an oral pill that can inhibit viral replication, which can inhibit this virus, will be a real game changer.

Scott Gottlieb, former commissioner of the U.S. Food and Drug Administration, in a statement on Molnupiravir.

Merck says it "will seek emergency use authorization in the United States as soon as possible" as well as its plans to submit applications to other regulatory agencies around the world.

If licensed, this Molnupiravir pill could be the first oral antiviral drug formulated to fight COVID-19.