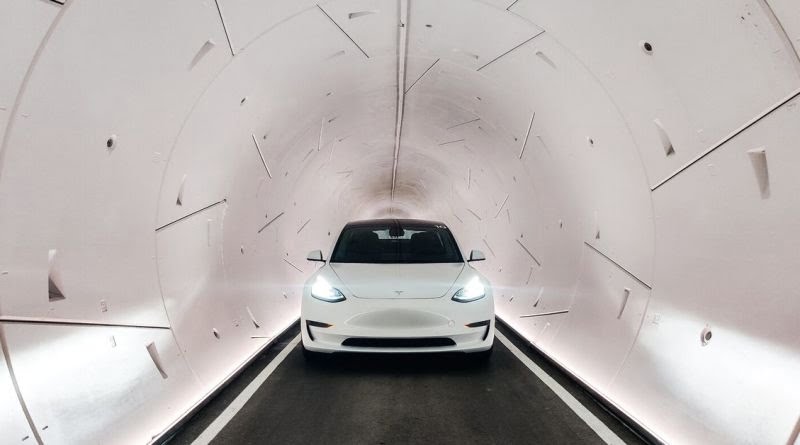 The Boring Company, Elon Musk's company that develops underground tunnel-based transportation networks, has just gotten approval from local Las Vegas officials. It will be able to proceed with the construction of a network of vehicle tunnels under the gambling capital of the world.

The "Vegas Loop", basically a subway for cars, will allow passengers to get on a Tesla and cut the "surface" traffic. Within minutes, users will be able to reach the casinos of hotels on the Las Vegas Strip, the city's new football stadium, the Las Vegas Convention Center and the international airport.

The Boring Company already operates a scale version of this system. Located beneath the Las Vegas Convention Center, it opened earlier this year and includes two 1,2-kilometer (0,8-mile) tunnels. But in December 2020, Musk's startup proposed a massive citywide expansion for a subway network of tunnels, and on Wednesday the request was granted.

The approved system includes 46 kilometers (29 miles) of tunnels and 51 stations. The plan estimates that up to 57.000 passengers per hour will be able to cross this network, which will be built with totally private funds. Boring Company will finance the main tunnels and then will ask companies who want to be reached by the service to finance their "piece" of the subway.

The objectives of this project are different, and they have also changed over time. Initially The Boring Company imagined to "hook" magnetic sleds to normal cars. In a second phase he imagined passenger capsules. Today, in fact, these are Tesla cars racing in a tunnel, driven by human drivers (another ambition is that these cars drive alone through the underground tunnel network).

Given that the recipe of “drilling” the subsoil to let the cars pass through is not yet a universal panacea (in Chicago Musk failed the enterprise), it must be said that Las Vegas had foresight. It did not initially seem feasible to expand the tunnels under the casinos, due to technical and legal issues. Now, on the strength of advances in the approach to tunnels, The Boring Company renews its ambitions. On the website you can read all the satisfaction for this new milestone:

To solve the soul-destroying traffic problem, roads must become 3D, which means flying cars or tunnels are required. Unlike flying cars, the tunnels are weatherproof, not visible and won't fall on your head. The tunnels minimize the use of valuable surface area and do not conflict with existing transport systems. An extensive underground network of tunnels can relieve congestion in any city; no matter how big a city gets, you can add more tunnel levels.

Whether for the need to amortize, or for the youth of technology, The Boring Company has price estimates between the public bus and the taxi. A journey of approximately 8 kilometers (5 miles) from the airport to the Convention Center will take approximately five minutes. Currently, by car it takes twice as long, 11 minutes if you are lucky, but in case of traffic it takes more than 30. By public transport it takes no less than 40 minutes. The cost? 8 euros ($ 10). A 6-kilometer (3,6-mile) subway car ride from the Convention Center to the football stadium will take four minutes: by car no less than 15, by public transport up to an hour. It will cost around 5 euros ($ 6).

How about? Would you use these tunnels? 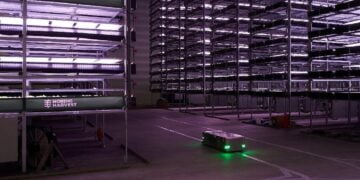 Europe's largest vertical farm is ready in Denmark. It can help the environment and the table, improving production and distribution