An epochal step forward: NASA tests eVTOLs, and is about to "write" the laws of flight that will have value in this century. 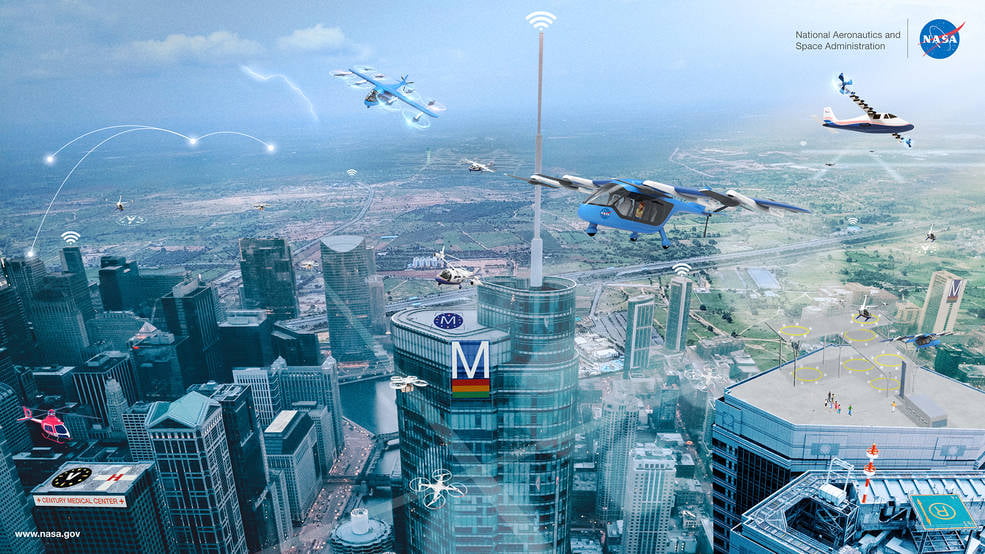 The future of flight is closer than ever. Now a giant like NASA is also on the move, testing a fully electric vertical take-off and landing (eVTOL) air taxi developed by Joby Aviation. The news comes directly from a post on its official website. And mind you: for me it marks the beginning of an aerospace revolution.

The new eVTOL tests are part of the plan Advanced Air Mobility (AAM) from NASA, which aims to find and analyze gaps in current regulations and policies of flight authorities, to integrate eVTOLs into means of transport. These tests could define the laws governing flight in the next century, including that of vertical take-off air taxis.

For this the tests will go on in many cities and for several years. The first tests of the NASA air taxi, however, the most important, they will end on Friday 10 September at the Big Sur base in California. An important strategic step in NASA's goals to accelerate the timing of the AAM sector.

In this initial test phase, NASA will collect data from Joby's eVTOL air taxi, which is designed for commercial passenger service. This data will allow the national AAM campaign to begin in 2022 a new series of further tests with more complex flight scenarios with additional industrial vehicles. In these, the NASA team will focus on analyzing the vehicle's movement, its sound profile, and how it communicates with controllers.

It will be crucial in promoting scientific understanding and public acceptance of eVTOL aircraft.

We are incredibly proud to have worked closely with NASA on electric flight for the past 10 years and to be the first eVTOL company to fly as part of the campaign.

When drones, eVTOL air taxis and other similar aircraft are fully incorporated into airspace standards, they will become a cost-effective system for transporting goods and passengers, as well as performing other functions serving the public interest. Employment could include package delivery drones, medical transport vehicles and, of course, air taxis.

This AAM campaign has an important historical value. It will play a vital role in transforming the way we think about transport, serving as a community catalyst for a new normal of air traffic and aerospace innovation around the world. For eVTOLs this is the beginning of the future.

The most beautiful way to have plants: it not only lights up the environment, but also brings nature into the house. With the...

Duoskin, the tattoo that brings electronics to our body