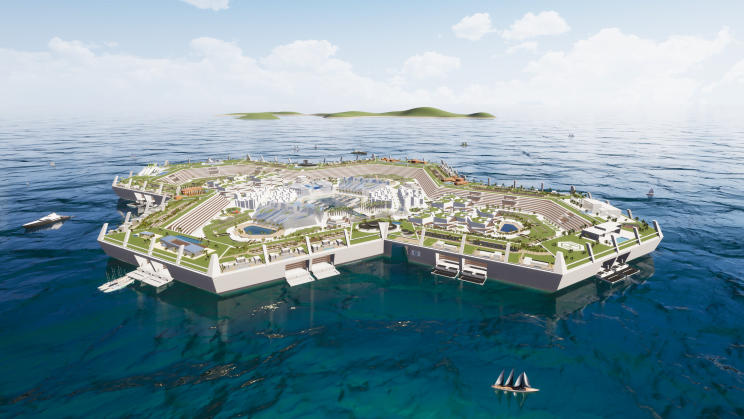 Who wouldn't want to live on their own private island? A cliché, but more and more people (with great liquidity) are trying to turn that dream into reality.

According to a CNN report, several real estate agencies report a sharp increase in demand for properties on private and floating real estate gems.

One such agency is the Blue Estate Group, which has unveiled its plans for a luxury real estate development a short flight from Nassau, Bahamas. With the opening scheduled for 2025, it will be a sort of island for around 15.000 residents. Prices? Without Borders. From about € 20.000 for 20 square meters, to mega villas estimated at over € 1 billion: an island with certainly exclusive properties.

Erik Schmidt, Chief Communications Officer for the Blue Estate Group, says "there are no special requirements to become a resident of the Blue Estate." On this luxurious 'island', residents and visitors simply have to abide by the community's guidelines and rules while being able to 'self-maintain' life in the floating paradise. Residents will also be able to purchase commercial licenses if they wish, with the strong incentive of not being subject to the usual tax laws.

With the pandemic creating more remote job opportunities in the past year and a half, Schmidt believes Blue Island Estate will offer the best of both worlds. "The most exclusive private residence in the world combined with the freedom to choose a 'home base' that best suits their individual needs."

340 days of sunshine a year

The island itself could be considered a "revolutionary architectural concept". An autonomous community with everything from its own health clinic to an international school. The floating community will also be green and energy efficient, with strict policies on single-use plastics and zero emissions. The energy will instead be produced entirely from renewable resources.

The island will also have an array of entertainment options, so locals and visitors alike will have plenty of time to bask in the 340 days of sunshine that Blue Island Estate expects to receive each year.

But doesn't its location in the Caribbean Sea make the island susceptible to natural weather phenomena such as tidal waves and hurricanes?

The Blue Estate Group has also thought of this. The island will be built with “ultra high performance concrete modules” and protected with exterior walls nearly 60 meters (200 feet) high. It will also be equipped with hurricane protection to protect it from strong winds and even the ability to be "moved" if absolutely necessary.

With construction scheduled to start in 2022, some properties may be available for delivery as early as mid-2023. 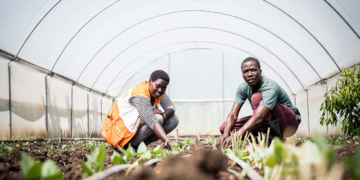 Many years, many programs, still far from the solution. How much does it cost to end world hunger? Much. But it is not...