Will agriculture 4.0 change our lives, but for better or for worse? Here are two future scenarios: we must avoid one and embrace another. 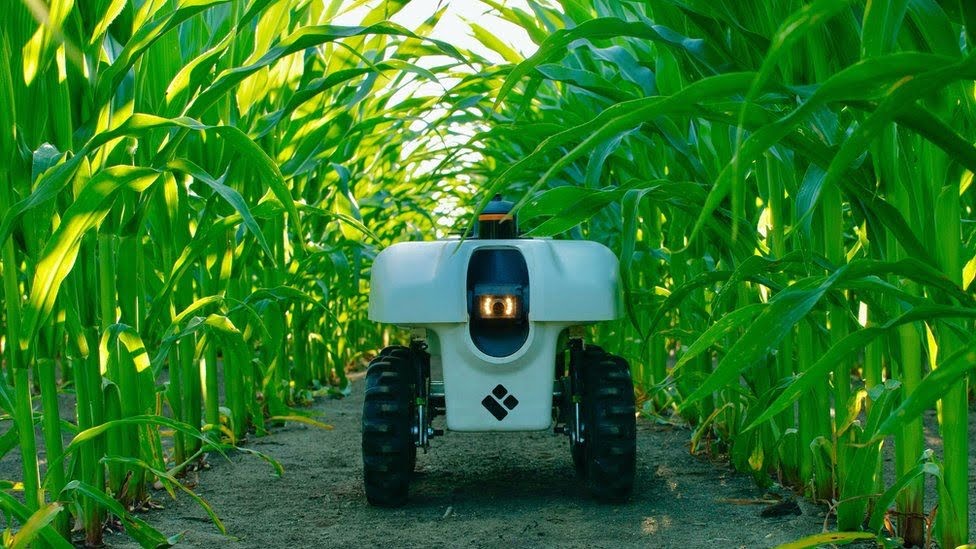 The sky is blackened and stinks of smog. The trees have all been cut down and there are no animals in sight. Pesticides are sprayed in excess because humans no longer take care of agriculture. Machines do their job, producing huge quantities of food to feed our growing population, but it's not without ecological costs.

Or, imagine scenario two: Smaller robots cultivate “mosaic” plots of many different crops, working around the trees, streams and wildlife of the natural landscape.

They are powered by renewable energy sources, such as the sun, wind or perhaps water. Chemicals are a thing of the past, because robots help the ecosystem stay in harmony, so pests and weeds are kept at bay. In this scenario, agriculture creates a kind of futuristic Garden of Eden, complete with blue skies, green pastures and clean air.

What world would you like your food to come from from agriculture? With this I won the “rhetorical question of the year” award.

Either way, these are the two futures imagined by Thomas Daum, agricultural economist at the University of Hohenheim, who focuses on food security and sustainable agriculture in places like Uganda and Bangladesh.

In July, Daum published an article on Trends in Ecology & Evolution which presented these two visions: an ecological utopia or a dystopia. His goal was to create a debate. The theme? How the technological revolution in agriculture (also known as Agriculture 4.0) could shape our future.

Daum is very concerned that the disruptive effects of agricultural technology on the environment are not receiving enough attention. The climate change mitigation strategies outlined in the Paris Agreement cannot be met without transforming the way we grow food.

"Even if you change all the other sectors," he says, "if you don't change agriculture, we will still miss those goals."

Even in a world without huge farming robots, large-scale farming practices are already changing the environment. “Agriculture is inherently an intentional modeling of the ecology of a particular place,” he says Emily Reisman, geographer of the human environment at the University of Buffalo.

And as a modeling now leaves a lot to be desired. We remove wildlife, we degrade the soil, we clear the land to better grow food, we spray chemicals to ward off pests and diseases.

If we add agricultural technologies to all this, the picture worsens, and not a little.

Nature at the service of machines?

Machines such as tractors, harvesters and crop monitoring drones generally require controlled environments to function efficiently. For this, unpredictable factors must be eliminated as much as possible in industrialized agriculture.

This can mean years of monoculture on perfectly level fields with little growth variation, which ripen fruit at the same time. It can also mean the frequent application of herbicides, pesticides and fungicides to ensure uniformity.

"Standardization is the result of our need to mechanize agriculture," he says Patrick Baur, scientist of sustainable food systems at the University of Rhode Island.

Agriculture, agro-ecosystem and the entire cultivation process are modeled to meet the needs of the machine.

Biodiversity is in danger.

The environmental coherence necessary for industrialized agriculture has contributed substantially to the loss of biodiversity, of the variety of plant and animal life necessary to keep ecosystems in balance.

Biodiversity protects water quality, moderates global temperatures by trapping CO2 in the soil (rather than in the air) and ensures that there are insects to pollinate crops, or natural predators to reduce the presence of parasites.

Machines drastically reduce the diversity of insect life, microbial life and flora and fauna. They are variables that must be eliminated in order to function optimally.

But why do we need machines in agriculture to produce food?

It is a question of economics. To keep up with the ever-increasing demands of a growing population, agriculture requires more and more work. Food is also much cheaper than it used to be, forcing farmers to produce higher yields at a lower profit. As a result, if field workers earn less and leave industry for higher-paying options, farmers may increasingly turn to mechanization to close the gap.

From nightmare to utopia

Supporting both the environment and the growing demand for food is a difficult balance to find. However, with the advent of artificial intelligence and autonomous devices, agricultural innovations can help us adapt to the changing climate and restore biodiversity rather than threaten it.

"Smart" robots governed by machine learning could learn to function better in natural and biodiverse systems.

What agriculture 4.0 can do

In the food sector, robots are already taking off. They collect strawberries and lettuce, even milk cows.

Because they work more efficiently, robots can perform green tasks that would be uneconomical if they had to be done by hand. An example? Pull weeds one by one instead of using herbicide.

Technology could also help with the maintenance of hedges, which are natural enclosures of wild shrubs or trees planted around the perimeter of agricultural land.

Smart robots may also be better suited for cultivation of several crops in the same field, a sustainable agricultural practice that encourages soil health and reduces pests, but is costly and inefficient with current technologies.

But implementing robots that can do these jobs comes with challenges.

To do what we want and protect the environment at the same time, robots should be even smarter than the current generation. Which means it will cost more money to design them.

Not only that: the construction and maintenance of these machines also requires resources that drain the environment. I am thinking of mining for minerals like copper and lithium to build them, energy for smart systems and new ways to dispose of robots, as they will likely have a limited lifespan.

More importantly, Daum's vision of an ecological utopia could prove to be a dystopia for human workers.

In the best case, robotic innovation may simply not be necessary, as experts say small-scale farms with abundant human labor can be both highly productive and rich in biodiversity.

At worst, agriculture 4.0 could exacerbate the socio-economic problems already present in agriculture and technology-related industries today.

The storytelling that helps science

I find Daum's article very interesting (is it understood?) And somewhat unusual for an academic journal. Use science fiction storytelling as a tool to explore the limits of what's possible.

Several of his colleagues have appreciated this approach to engage the audience in a conversation about what the future can be like.

Can we reach this future of utopian ecology? For me yes.

Some of the elements of his utopian vision are possible, even for industrialized farms that would require huge robots to sustain high yields. The most important thing is that we pay attention to technologies and agricultural policies now, otherwise we will end up in the other scenario, the bad one. 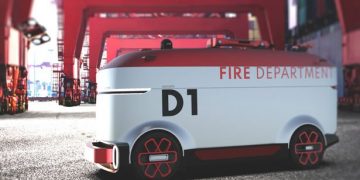 An autonomous fire engine that anticipates the firefighters and keeps fires under control until they arrive, also helping them on the plane ...