Before passengers, Hyperloop could guarantee supersonic speeds for freight, with a logistics system for containers. The times seem ripe. 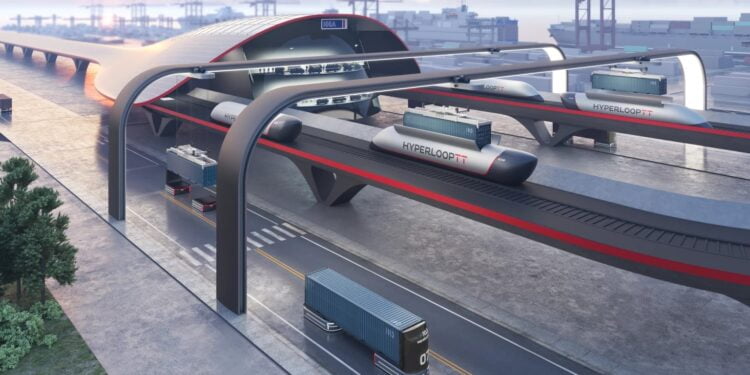 Hyperloop Transport Technologies presented a very high-speed port logistics system that plans to move up to 2.800 containers per day, covering hundreds of kilometers in a few minutes, while also reducing harmful emissions.

Hyperport, a Hyperloop for the goods

The whole thing would be like a giant cargo container version of the pneumatic hose systems that once sent thousands of messages every hour. As long as these things existed, innovators dreamed of one day building versions enlarged enough to move passengers and cargo.

The Hyperloop dream, of course, took everything to the next level.

Mag-lev rails eliminate friction, and hundreds of miles of vacuum tubing will virtually eliminate air resistance. Most of the energy that will be used to accelerate a container or passenger capsule to supersonic speeds (without creating a sonic boom) can be recovered on the other side with minimal losses.

This is the model that HyperPort, HyperloopTT's port logistics system, took approximately 20.000 hours to develop in collaboration with Hamburger Hafen und Logistik AG of Germany, a logistics and transportation company that operates a series of container terminals.

HyperloopTT is one of the few key companies in this technology. It has already secured a lot of funding and employs more than 800 people in its many offices in North and South America, Europe and the Middle East. He built a 32-meter (105 ft) long prototype full-size passenger capsule.

The company has signed some exciting deals in India, China, the United States and the UAE over the past six years, and is aiming to start full-scale rollout.

The World Bank he estimated (and for some time) that even a normal high-speed train track costs between $ 17 million (in China) and $ 56 million (in the US) per kilometer. And without putting it all in a huge airtight tube with vacuum pumps and some of the largest and most durable mechanical pressure valves ever built scattered along the track.

The initial capital cost of an intercontinental supersonic hyperloop system would be epic, no question. Once up and running, however, HyperloopTT says it could deliver "aircraft speed at freight costs", bringing people and containers to their destinations in speed and safety.

HyperPort can be the first step

HyperPort development proposes to integrate container shipping logistics into the mix, with transport capsules designed to open at the top and accept two standard 6 meter containers (20 feet) or one of double length from 12 to 13,7 m (40 to 45 -ft), unhooked and picked up by the same types of gantry cranes that already load and unload container ships.

The HyperPort is now undergoing certification project review, and the company says the next step will be a VR demonstration, which will be unveiled this October.

A winding but exhilarating road

A solution like this would indeed be much faster and greener than the truck battalions doing the job today.

It is also true that battery and fuel cell trucks are on the way, ready to transport containers wherever the roads can take them, with zero local emissions.

The insane speeds promised by the HyperPort will come at a high cost, but could reduce many miles of road and move things even faster in a world that needs to feel united even from a distance.

I wonder if we'll see this kind of thing done: even vacuum tube transport seemed a long way off years ago in the 1800s. Between Virgin Hyperloop, HyperloopTT, TransPod and other companies, it seems investors feel this sort of thing is really ready to go.

Maybe with a container, before with people. 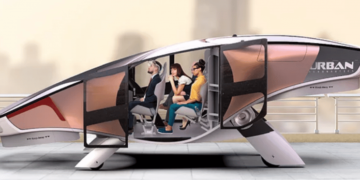 Flying machines that look like machines, not planes. In Israel, they're warming up, and they're ready to get serious about ...