The Canadian 'super train' FluxJet is serious, it works and wants to forge ahead to bring passengers and goods at 1000km / h overland. 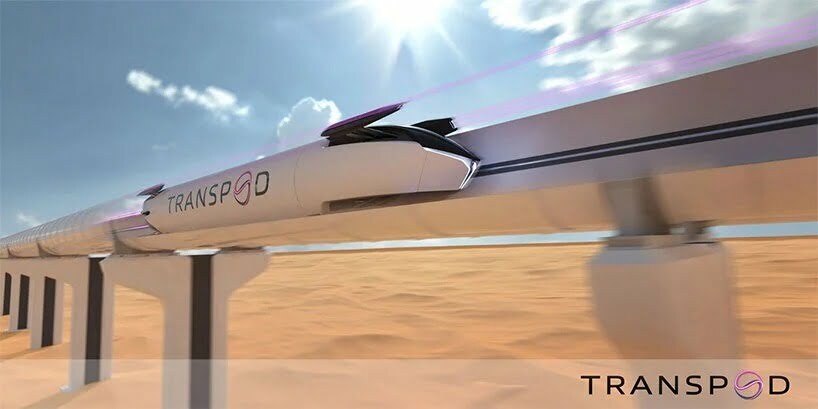 TransPod, a Canadian startup focused on developing the world's leading ultra-high-speed ground transportation system (the TransPod line), has just unveiled "FluxJet". FluxJet is an all-electric "hybrid" innovation, halfway between a plane and a train, which uses a revolutionary clean energy propulsion system.

This innovation will have far-reaching effects in many industries, providing a more efficient way to move passengers and freight, and promises to outrun (it should be said) Hyperloop, the "vacuum" magnetic train technology for years under study and development by various companies around the world.

What news does Fluxjet present?

The TransPod system features several key advances in "contactless" power transmission, and a new technology called veillance flux which allows him to travel in a protected driving at over 1000 km / h. A vehicle three times faster than a high-speed train, and comparable to a jet, which 'flies' over land.

"This milestone is a great leap forward"he says (not without emphasis) Ryan Janzen, co-founder and CTO of TransPod. "The FluxJet is at the center of scientific research, the development of industries and huge infrastructure that will reduce our dependence on jets, highways and fossil fuels".

Preliminary construction work on the FluxJet (including the environmental impact assessment) has already begun. Initially this very high-speed vehicle will operate exclusively on the TransPod Line, a network system with stations in key locations and in major cities. Its high frequency departures are designed to allow fast, convenient and safe travel.

TransPod (Thu find out more) has already started the next phase of an 18 billion dollar infrastructure project to build the stretch of network that will connect the cities of Calgary and Edmonton in Canada.

According to the startup, this project will create up to 140.000 jobs and add $ 19,2 billion to the region's GDP during construction. When the TransPod Line is in operation, passengers will pay approx 44% less of a plane ticket to travel the route, and will help reduce CO2 emissions of 636.000 tons per year.

Waiting for Hyperloop to take decidedly more concrete steps, this seems to me a respectable infrastructure project, which could also win the 'existential' challenge. The current works are already the result of collaboration between partners in Europe and the USA: universities, research centers, industries and other stakeholders are working hard.

A small-scale prototype of the TransPod FluxJet has already been unveiled in Toronto and used for a live demonstration of its "flight" capabilities. Inside its platform, the nearly one-ton car displayed a pattern of departure, cruise, and arrival.

Is this how it will end? The eternal unfinished of Musk, Branson and others will be overtaken on the final straight by a truly hybrid car that can take advantage of both aircraft and train technology?

I can't wait to understand who will win the race: that will be both a goal and a new starting point. Good luck, FluxJet.