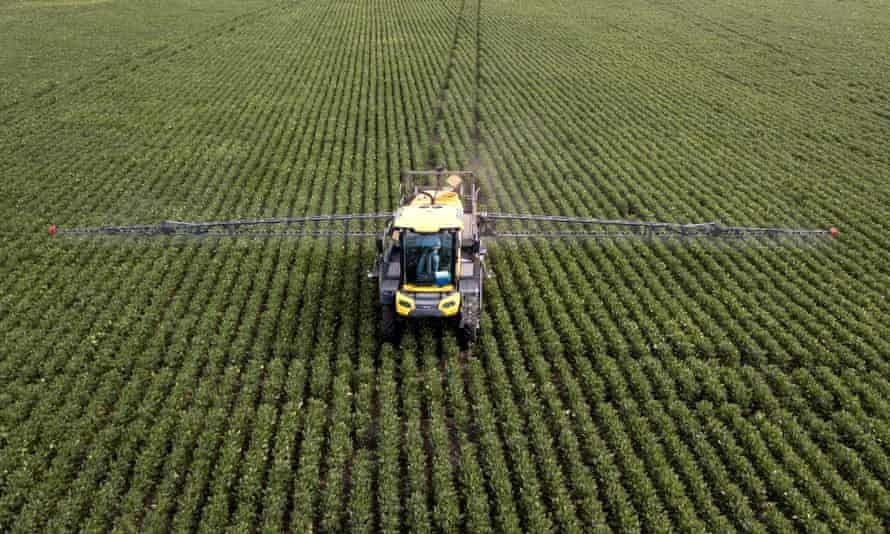 According to a new study, the combination of solar energy and microbes could produce 10 times more protein than crops such as soybeans.

The system would also have minimal impact on the environment, the researchers say. In stark contrast to livestock farming that instead produces huge amounts of greenhouse gases, and pollutes the waters.

The concept developed by Dorian Leger of the Max Planck Institute in Germany uses electricity from solar panels and carbon dioxide from the air to create “fuel for microbes”. Microbes that are grown in bioreactor tanks and then transformed into dry protein powders. The process makes highly efficient use of land, water and fertilizers. In addition, it could be implemented everywhere, not just in countries with strong sunshine or fertile soils.

Food security is a "critical problem" for humanity in the coming decades. The global population is growing (at least until 2100). Using land for crops or biofuels is a dilemma. Above all, there are 800 million undernourished people. Food crisis e climate crisis they will be nearly impossible to tackle without reducing emissions from factory farming, or from dairy and animal feed production.

Eat microbes and save the world

Microbes are already used to make many common foods such as bread, yogurt, beer, and others. Nonetheless, it may not be easy to convert consumers to consuming microbial proteins.

“We think microbial foods are very promising,” he says Dorian Leger, who led the study. “They will contribute a lot to solving the potential food crisis. Of course, it will be necessary to communicate it well: today it is not easy to say, but if they offered me a bacterial protein shake, I would drink it ".

The team focused on soybeans, as these are related to destruction of forests and are mostly fed to animals, but other bacteria produce the main nutrients of palm oil.

Bacteria are very flexible, they can eventually be "tuned" to different products

At least a dozen companies already stand producing animal feed from microbes, but the bacteria are usually fed with sugars from other crops, or with methane, or with methanol from fossil fuels. Solar Foods , based in Finland, uses electricity to create food for human use.

The new study, published in the journal Proceedings of the National Academy of Sciences, is the first quantitative comparison of land use and energy efficiency between traditional agriculture and solar-powered microbial production systems.

Researchers used data on current technologies to calculate the efficiency of each step of the process, including the CO capture 2 from the air and the transformation of microbes into food to eat. They found that the microbial system it used only 1% of the water needed for crops and a small fraction of the fertilizer, most of which is wasted when used in the fields.

The analysis estimated (with a conservative estimate) that solar-microbial process could produce 15 tons of microbial protein per hectare (or 2,5 acres) per year, enough to feed 520 people. By comparison, one hectare of soybeans can produce 1,1 tons of protein, feeding 40 people. Even in countries with relatively low levels of sunlight, the production of microbial-based proteins is at least five times greater per hectare than plants.

The microbial protein would cost the same as the current proteins consumed by people, such as whey or peas, the researchers suggested. But it is many times more expensive than current animal feeds, so he is counting on future improvements.

Leger says plants' ability to photosynthesize is remarkable but, in terms of energy efficiency, staple crops they convert only about 1% of solar energy into edible biomass. This is because plants have evolved to compete and reproduce.

All components of the system exist, but Leger said they now need to be tested together and on a large scale, especially CO capture. 2 from the air and the guarantee that used solar panels can be recycled. "For human food, there is also a lot of regulation that needs to be overcome," he said.

Separate food production from land use

This "microbial" protein is a really interesting starting point: separating land use and food production would allow us to obtain much, much more space for reforestation (what we have today will never be enough).

But food is not composed only of the main nutrients, such as proteins and carbohydrates. There are many secondary compounds that are important for the body's well-being. We need to work on it: after all, there has also been talk of algae as a mass food resource for years, but they have not yet been accepted ”.

Until the model is tested on full-scale plants, also evaluating the life cycle of solar panels, it is difficult to understand whether microbes can be more efficient than systems we have had for thousands of years. 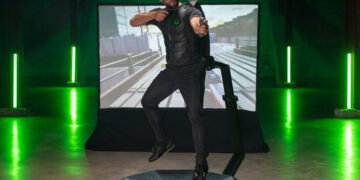 Virtuix Omni One, treadmill for walking and running in virtual reality, arrives in an improved version. And the domestic advent is approaching.