In a newly published study, a research team may have found the square between stopping eating meat and protecting the environment. 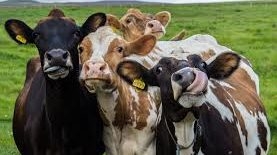 By now everyone knows that intensive farming has a bad impact on the environment.

Stopping eating meat can therefore be a way to reduce damage to the planet, but even alternative diets are not so beneficial for the ecology.

On the other hand, if we wanted to orient ourselves on a food present in abundance and low impact we would only have to eat corn, but it would be a catastrophe for our body.

With a study published in Scientific Reports, a research team may have found the balance between the right diet and environmental protection.

The research team, led by Gidon Eshel, calculated the changes that would occur if all Americans replaced their consumption of beef, chicken and pork on a vegetarian diet.

Stopping eating meat would result in an immediate cut of 280 billion pounds of carbon dioxide per year. It is almost double the emissions that all Italian cars produce every year.

Get the meat away

Cows, sheep and poultry alone contribute to one fifth of all greenhouse gases released into the atmosphere. It is more than planes, ships, trucks and cars combined all over the planet.

Intensive farming also contributes to deforestation and to the consumption of water and soil (30% of the world's soil is used for livestock and its feed).

Eshel's team therefore calculated the consequences of a sudden switch to plant foods of equal nutritional value. Land consumption (calculating that obviously more vegetable food would be produced) would decrease overall from 35% to 50%.

A cut of 29 million hectares of cultivated land, 3 billion kilos of fertilizer.

All right, in short? No, not everything. Water consumption, for example, would grow by 15%.

The equivalent plant diet model, which would replace the consumption of meat offering the same nutrients (including proteins, vitamins and fatty acids) it would include soy, green chillies, asparagus, tofu and buckwheat.

The latter two plants in particular require only 12% of water and fertilizer and less than 22% of the soil used for the nutritional equivalent of meat.

These figures (combined with the effects of climate change) make us understand why the “vegetable” meat or synthetic hamburger industry is growing.

This market has grown enormously in 2019, and it is estimated that it could reach a value of over $ 6 billion by 2023.

According to the analyst firm AT Kearney, by 2040, 60% of "meat-shaped" products will actually consist of vegetables.

If I think about it, I already breathe better. 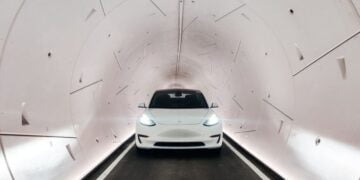