The gene bank on Svalbard is in trouble, and a science team wants to move the seed samples safer: to a lunar bunker. 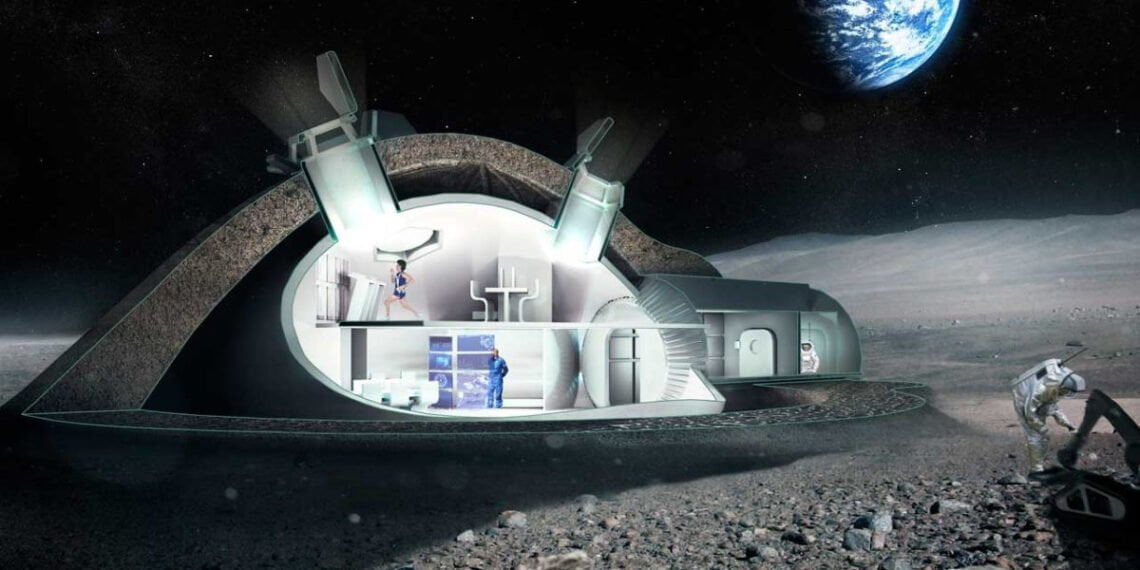 Much like Noah's Ark, researchers hope the bunker will keep Earth's species safe in the event of a global catastrophe.

In the Bible, Noah saves animals from a great flood by bringing pairs of different species onto his ark. Now, scientists imagine doing something similar: sending 6,7 million samples of seeds, sperm, eggs and DNA into bunkers on the moon.

A team of scientists from the University of Arizona presented the plan at the Institute of Electrical and Electronics Engineers aerospace conference last weekend. It may sound like something out of science fiction, but it's not far-fetched.

"The Earth is an unstable environment," has explained Jekan Thanga, author of the study on the lunar bunker and mechanical engineer.

Any extreme event (the eruption of a volcano, a nuclear bomb, an asteroid, the inversion of the magnetic poles) could trigger a sort of environmental collapse capable of wiping out one or more forms of life on Earth, both plant and animal.

A bunker on the moon could keep a copy of those life forms safe.

Thanga and his team explained how their plan should work in a paper called "Moon Pits and Lava Tubes for a Modern Ark". The bunker would be built under the surface of the Moon, in tunnels of volcanic origin between 80 and 100 meters deep, considered ideal storage spaces.

These ravines “would provide ready-made shelter on the lunar surface,” says Thanga. And they would be accessible thanks to elevators leading into the tunnels.

Inside the bunker, millions of precious samples of the many terrestrial creatures would be kept in extremely cold conditions. Seeds should be stored at -180 degrees Celsius. Stem cells would require even colder temperatures of -196 ° C. Each bunker (in the case of multiple bunkers) would be manned by robots and powered by about 600 square meters of solar panels.

"We can keep this biological material safe until technology allows us to reintroduce these species," Thanga said.

And now, the doubts

This all sounds great, but how do you get 6,7 million seed, sperm, egg and DNA samples to the moon (and then to a bunker)?

There is a plan for that too. Thanga said that according to his calculations the transport would not be prohibitive, and would require about 250 rocket launches.

To give you an idea, the construction of the International Space Station took about 40 launches.

Either way, Thanga believes building a lunar bunker should be a priority for humanity. "As humans, we had a very high risk about 75.000 years ago with the eruption of the supervolcano Toba," he noted. "It caused a 1.000-year glaciation and, according to some, a marked decline in biodiversity."

Given the large footprint of humans on planet Earth, any collapse of civilization could have a cascading negative effect on the rest of the planet. And the situation is not the best, from this point of view.

And the gene bank in the Svalbard bunker?

As you may know, there is already a "gene bank" on Earth. There Svalbard Global Seed Vault on the Norwegian island of Spitsbergen lies deep in the Arctic Circle. Contains approximately 992.000 unique samples, each containing an average of 500 plant seeds. But that may not be enough in the event of a global disaster.

This is because the Svalbard Global Seed Vault is not impervious to terrestrial hazards such as warming temperatures and sea ​​level rise.

In 2017, the bunker it actually flooded after the melting of the permafrost. And, ironically, Longyearbyen, the capital of Svalbard, it is heating up faster than any other city in the world.

The reasons why Thanga and his team want to build a lunar vault are scary: the collapse of society, environmental disaster and the potential destruction of the planet Earth as we know it. But some team members see the project as a symbol of excitement and hope.

Curious, on the eve of the consecration of the human species as a space civilization, don't you think? 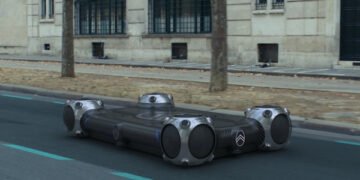 Citroen presents its vision of autonomous mobility of the future: Skate is not a vehicle. They are foundations of rooms on ...