A new hypothesis combines the Neanderthal extinction with a magnetic pole reversal event 42.000 years ago, and shows what could happen again. 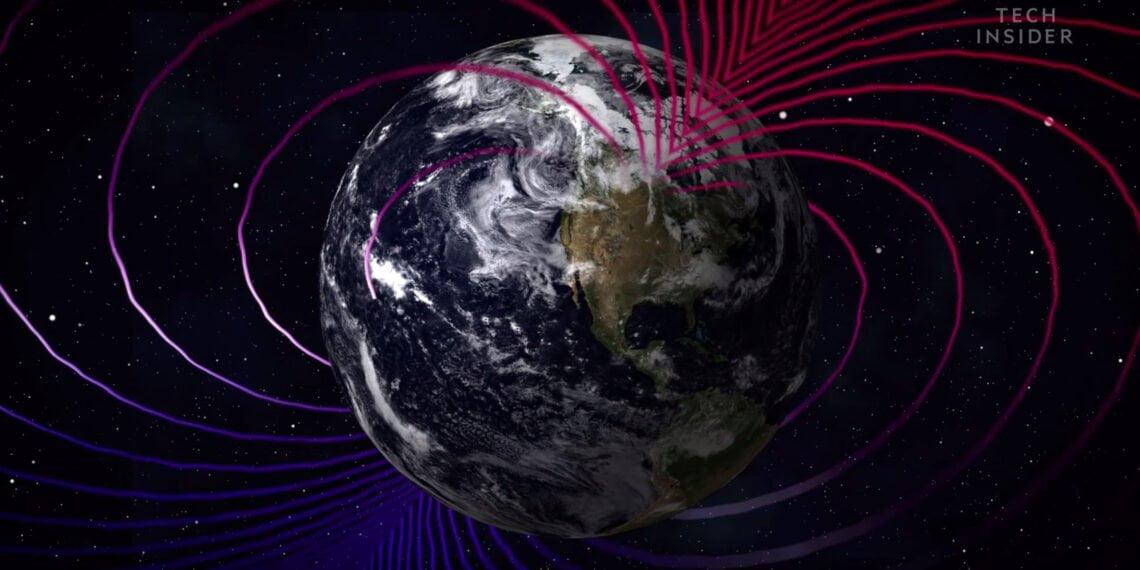 The Earth was totally turned upside down when its magnetic poles reversed 42.000 years ago.

Scientists have known about this phenomenon of magnetic pole reversal since the late 60s. The magnetic poles of the Earth are not static: they are generated by electric currents from the planet's liquid outer core, constantly in motion.

In recent times, the magnetic north pole of the Earth has wandered quite a bit along stretches of northern Russia.

Scientists didn't think the latest magnetic pole reversal had a major environmental impact. Sure, the planet's magnetic field weakened, allowing more cosmic rays to penetrate the atmosphere, but plant and animal life were believed not to have been greatly affected.

A new study suggests a more dramatic phenomenon: during the magnetic pole reversal, the additional cosmic rays may have reduced ozone concentrations, leading to far more ultraviolet radiation in the atmosphere.

Climate change may have widened the ice sheet over North America and dried up Australia, leading to the extinction of many large mammal species. A solar storm, meanwhile, may have prompted ancient humans to seek refuge in caves, and become extinct due to scarcity of resources.

The end of days

"It could have been an incredibly scary time, almost like the end of days," he said Chris Turney, a geologist at the University of New South Wales, in a video describing the new research.

Scientists haven't come up with a definitive theory as to why Neanderthals disappeared. Some research suggests that their extinction occurred naturally, as Neanderthals interbred with modern humans or the population became too small to hunt, mate and raise children. Other scientists have speculated that Neanderthals may have been competing for resources when modern humans began to populate Europe.

However, it is probably no coincidence that the Neanderthals went extinct in conjunction with a major reversal of the Earth's magnetic poles. suggests Turney's study.

"It has only recently been that different disciplinary areas have begun to confront each other on the subject," says the co-author of the study Alan cooper. "And they all converge on the likely impact of the key event 42.000 years ago.

To find out what happened to the Earth's poles (and Earth's climate) 42.000 years ago, scientists asked a New Zealander who witnessed the event at the time: an ancient kauri tree. The tree rings act as a record of the levels of radiocarbon (a radioactive isotope) in the atmosphere. These rings showed evidence of the increase in radiocarbon as the magnetic fields changed, an event known as the "Laschamps excursion".

The event of the magnetic pole reversal is not unique in the history of our planet. The British Geological Survey estimates that similar reversals occur every million years.

During this pole reversal, the magnetic shield that protects our planet from the solar wind weakens. The north and south magnetic poles of the Earth, not to be confused with the geographic points further north and south of the planet, swap places.

The most recent example of this magnetic reversal probably occurred over a span of 1.000 years.

"In that pole reversal process the magnetic field Earth has virtually disappeared, "Turney said." The planet has been targeted by all these high-energy particles from outer space.

If the sun had emitted very high levels of radiation in a solar storm during that time, the Neanderthals may have had to desperately seek shelter.

Indeed, the Laschamps hike coincided with an increase in cave use in Europe and Southeast Asia. In particular, the researchers found in the caves red ocher handprints dating back to around 40.000 years ago.

According to the new study, this pigment may have served as an ancient form of sunscreen.

The handprints with red ocher in the El Castillo cave in Spain could represent the use of this ancient sunscreen.

Not all researchers are convinced by Turney and Cooper's analysis. Chris Stringer, an anthropologist at the Natural History Museum in London, told The Guardian that although the excursion to Laschamps may have contributed to the disappearance of the Neanderthals, it is difficult to know exactly when they went extinct.

"They survived longer and spanned more widely than Europe alone, and we have very little data on the timing of their eventual disappearance in parts of Asia," Stringer said.

James Channell, a geologist at the University of Florida, told NPR that ice cores dating back 42.000 years do not indicate a global climate crisis. However, he added, "there appears to be a link" between the extinction of large mammals and the weakening of the Earth's magnetic field.

Either way, the new study offers a hint of what might happen if there was a new magnetic pole reversal.

Could a new magnetic pole reversal be imminent?

Scientists know that the Earth's magnetic field it has weakened by about 9% over the past 170 years. The magnetic north pole has also moved faster since the 90s, at a speed of between 50 and 64 kilometers per year.

"This has fueled fears that a new magnetic pole reversal may be imminent," the researchers wrote. Such an event could potentially put electricity and satellite networks out of use. Among the harmful effects of the possible inversion of the terrestrial poles, there is also a (much) greater exposure to diseases such as cancer.

Most research however agrees that any possible magnetic reversal would be in its early stages. The Earth's magnetic field is still much stronger than the last reversal of the magnetic poles. In summary: magnetic field inversion? Not now, baby.

For the sake of the Neanderthals.