Traveling in Hyperloop will be like taking a land plane. The company has just released a video that will show all the stages of the journey. 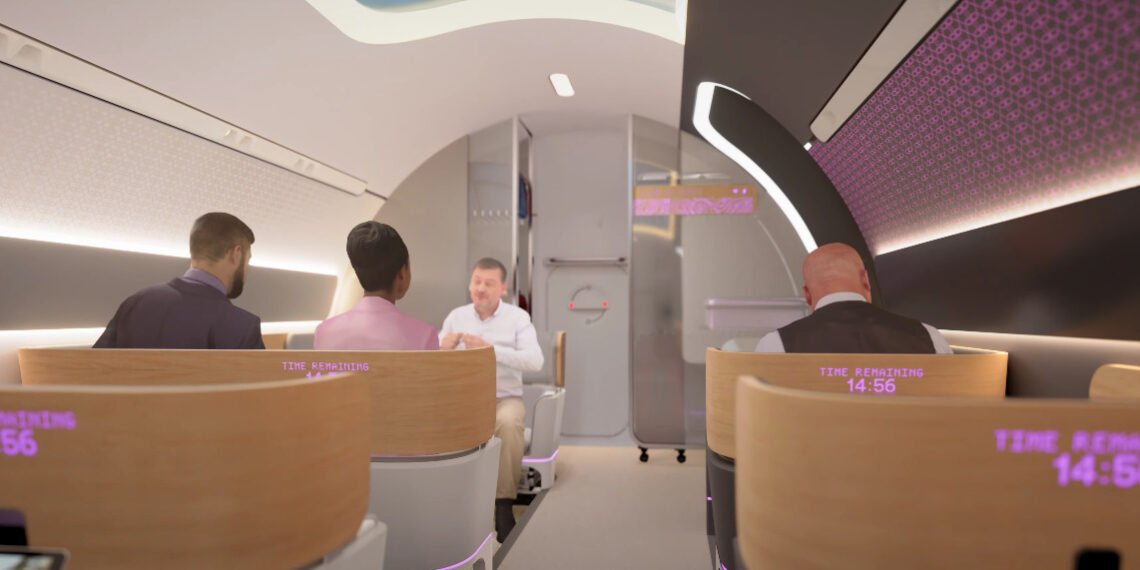 Virgin Hyperloop has released a new video that shows what the experience of traveling inside a cabin in a vacuum tube at breakneck speeds might one day be like.

It is an ambitious vision of the future of transport. The conceptual video showing how Hyperloop will travel goes through every step of the travel process, from check-in to disembarking.

Traveling in Hyperloop? A land plane

The experience seems to be reminiscent of accessing the airport to catch a plane. The interior of the Hyperloop travel shuttle, however, looks more inspired by train travel.

The biggest difference is that there are no windows, except what appears to be a generous skylight above. This is because the magnetic levitation pod runs in a vacuum tube at speeds of up to 1200 kilometers per hour (760 mph).

To make Hyperloop travel a less claustrophobic experience, the design team aims to provide passengers with an airy feel.

Bands of greenery and wood textures subvert the aesthetics of typical mass transit materials with something upbeat and fresh.

All lighting in the pod, including the unassuming information displays, is dynamic and adjusts to the traveler's activity and milestones in the journey

Traveling in Hyperloop, we'll talk about it in a while

Hyperloop is a futuristic mode of transportation that won't begin commercial operations until at least 2030, according to Virgin, but it has made progress with the technology.

A first passenger test of the system in November managed to accelerate two Virgin Hyperloop executives to a speed of 172 kilometers per hour (107 mph) in just 6,25 seconds. I'm talking about it here.

It didn't feel much different from accelerating in a sports car

Virgin Hyperloop hopes to carry thousands of passengers per hour in large 28-passenger cabin convoys. You can travel in Hyperloop inside single cabins arranged a few milliseconds from each other.

In this phase, two parallel efforts: alongside the optimization of technology there is the search for economic sustainability. It will have to be cheaper than flying, or it will never catch on.

The future dictated by high-speed daily transport could be radically different. Imagine (to stay in Italy) to be able to cross the whole country in an hour.

Traveling in Hyperloop will open entirely new perspectives for passengers and tourists, and will change the concept of commuting forever.