Too many demolitions and reconstructions in Shanghai can damage cultural heritage. Special robotic legs move old buildings to new locations 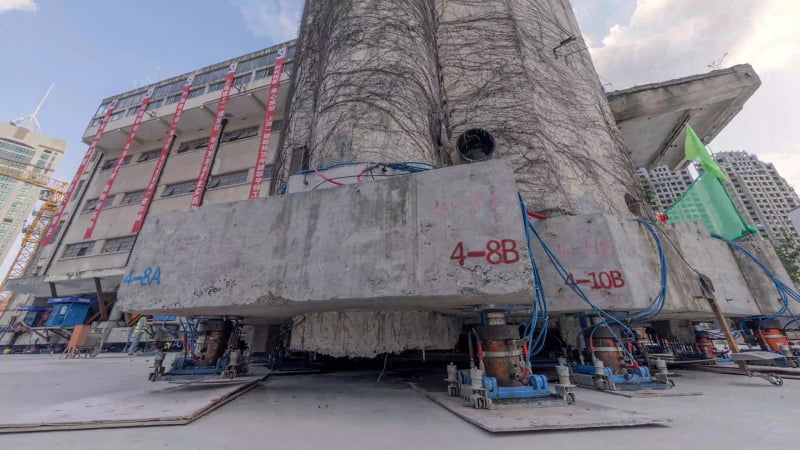 The timelapse you will see is incredible, but in reality it took more than two weeks for the building, an elementary school from the ancient age of 85, to rotate 21 degrees and move about 60 meters on its "robotic legs. ". The engineers moved the building to clear the area and house a new commercial and office complex, which will be completed by 2023.

Over the past few decades, China's rapid modernization has seen many historic buildings razed to clear ground for glittering skyscrapers and office buildings. But there is a growing concern over the architectural heritage lost due to demolition across the country. Solutions of this kind reconcile the need for renewal and dynamism with that of preserving the cultural heritage.

A school that moves

The supports act as robotic legs. They are divided into two groups that rise and fall alternately, imitating the human step. Connected sensors help monitor how the building progresses.

The company behind this "building walk" is called Shanghai Evolution Shift, and developed this new technology in 2018.

How did it move on robotic legs?

The standard procedure for making buildings walk on robotic legs is complex but not too much. The workers first had to dig around the building to install the 198 movable supports in the spaces below.

In the second phase of the works, Lan explained, all the pillars of the building were cut off from the foundations. At this point, the previously installed robotic "legs" lifted upwards, and with them the entire building was lifted. “It's like giving the building crutches so that it can get up and then walk,” explains the engineer.

The last part is easily predictable: one step at a time, the almost centennial school she moved to take a stand in her new space.

Here is the video: 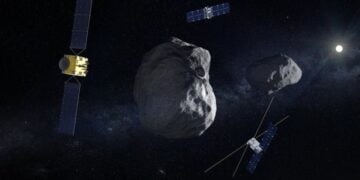 Last week, space agencies simulated the impact of an asteroid to figure out what response to organize. Here's how it went.