A smart fabric able to recognize the objects that rest on it. A project with virtually infinite developments. 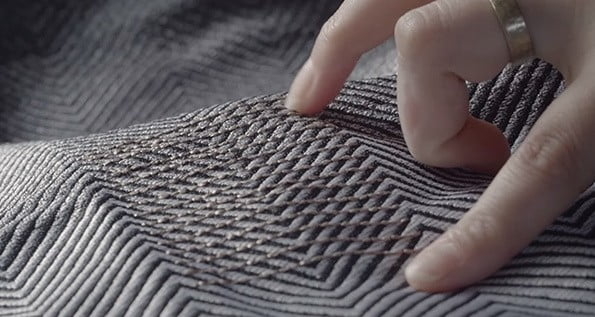 Wouldn't it be helpful if a food or recipe tracking app could determine what you're eating by simply detecting what's on your table?

You could make your wish come true. Researchers from Microsoft and several universities they developed Capacitive, a smart fabric system capable of detecting food, drinks and other objects based solely on touch.

The cloth uses the combination of a capacitive electrode grid and machine learning to measure both the material and shape of a given object.

The smart fabric also works with some containers, including glasses and bowls.

The quest to get Capacitive

Researchers initially incorporated the technology into a tablecloth and developed it specifically for cooking. A cooking app could suggest a meal based on the ingredients that are placed on the table. The researchers who developed the Capacitive smart fabric also imagined it as a memory aid. It may remind you to grab the earphones before you walk out the door or remind you to clean if you leave a bowl empty.

Capacitive: grow well that I review

The initial project has limitations. It doesn't recognize metal objects and doesn't work as well with books or other objects with square edges. Likewise, it has problems with credit cards and other items that don't have a clear recognizable imprint.

Some drinks do not produce reliable results, don't expect this smart fabric to know the difference between an IPA beer and a stout.

More generally don't expect a smart tablecloth in the near future, albeit smart fabric technology has already made good progress and should improve further over time.

The team hopes to detect metal and enable haptic input, among other updates.

Hopefully, it could lead to a truly perfect smart home where you no longer need smart scales, scanners or other clunky methods to detect what's in the kitchen.

All good, as long as the tablecloth with Capacitive inside won't scold you for not sucking up the crumbs. 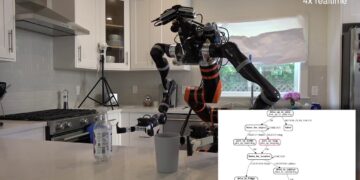 Toyota and its research laboratory, RTI, come up with a machine that changes all the paradigms of the robotic butler ...