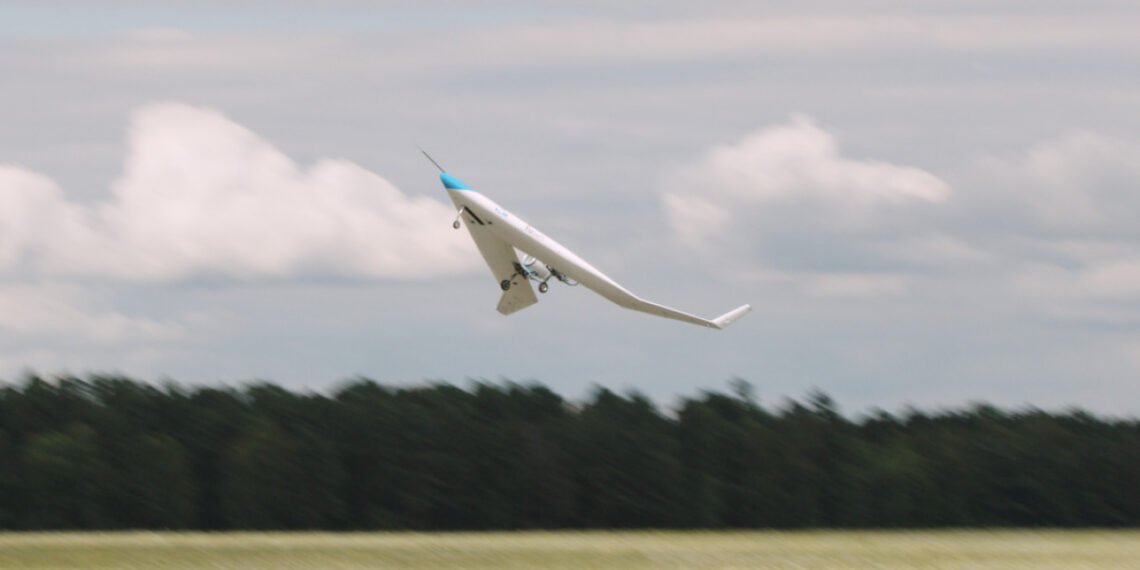 Remember Flying-V, the airplane concept developed by TU Delft engineers, which promises significant efficiency gains over conventional airplanes? I talked about it here.

The Flying-V design has now gone from a simple render to a real working model at scale, and was recently shown in action for the first time ever.

In its final version, the Flying V will feature a cabin, hold and fuel tanks integrated into its V-shaped structure. A single, large wing as large as the wingspan of an Airbus A350.

This would allow the Flying-V to take off and land using existing airport infrastructure, with sufficient space on board for the same amount of human cargo and passengers, and with 314 seats in the standard configuration.

What benefits will it offer?

Where the Flying V would offer some benefits in terms of performance is through improved aerodynamics thanks to its overall smaller nacelle. Less mass means less drag, which means less fuel is needed to get the Flying-V to its destination. According to the team, the Flying V's low weight and unique shape could see it use the 20% less fuel compared to an Airbus A350-900, the most advanced commercial aircraft in action today.

However, a lot of research and development is needed before that. As part of its pursuit of this vision, the team developed a scale model with Dutch airline KLM. The Flying-V “model” has a wingspan of 3,06 m (10 ft), a length of 2,76 m (9,05 ft) and a weight of 22,5 kg (50 lbs). Only a fraction of the final size which will be 55 meters (180 feet), but it allows the team to perform some important and useful tests on a small and safe scale.

The equipment of the mini Flying V

The model is equipped with a drone control system and 6 kg (13 lb) of lithium polymer batteries. It was first subjected to a series of wind tunnel and ground tests in the Netherlands before being sent to Germany for its maiden flight.

The study has a couple of key goals in mind. The team set out to demonstrate that the scale model could take off, perform a series of test maneuvers until the batteries were nearly depleted, and then land safely. With the drone pilot Nando van Arnhem at the controls, the first flight of the model it was considered a success.

The team now has a collection of flight data to analyze and use as the basis for a new aerodynamic model. This model can then be used to determine what changes need to be made to ensure smoother flights. For example, during the test flight the team discovered signs of wobble in the current design, with the plane struggling to keep its wings level and land smoothly. Now they hope to use the data to correct this behavior.

From here, the team is also working to fine-tune the concept, with the next steps involving the exploration of sustainable propulsion, including the ability to fuel it with liquid hydrogen instead of kerosene.

Check out the inaugural flight of the Flying-V scale model in the video below. 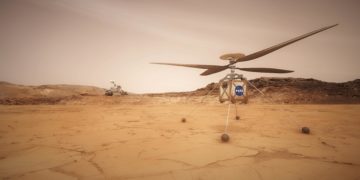 Mars Helicopter will be the first human controlled aircraft in controlled flight to another planet. Mars 2020 continues to surprise, while ...