With global food demand soaring, a new study has found evidence that a particular insect is extremely valuable as an alternative protein source. This is the yellow flour worm.

The research is led by Christine Picard , associate professor of biology and director of the Forensic and Investigative Sciences program at the IUPUI School of Science. It is based on a new genome analysis of the mealworm species Tenebrio Molitor.

The work was published in the Journal of Insects as Food and Feed.

"Human populations continue to increase (ed, who knows) and the stress on protein production is increasing at an unsustainable rate, regardless of climate change, ”said Picard, whose laboratory focuses on the use of insects to meet global food demand.

Research has found that the yellow mealworm (historically a pest) can provide benefits in a wide range of agricultural applications. Not only can it be used as an alternative source of protein for animals, including fish, but its waste is also ideal as an organic fertilizer.

We know everything about him

Picard and his team sequenced the yellow mealworm genome with 10X chromium-linked reading technology. The findings will help those who now wish to use DNA and optimize the yellow flour worm for mass production and consumption.

"Insect genomes are challenging and the longer the DNA sequence you can generate, the better the genome you can assemble," Picard said.

Picard and her team intend to examine some of the biological processes of the yellow mealworm to exploit information useful for their commercialization.

Like other insects, mealworms are also part of the natural diet of many organisms. Fish like them a lot, for example. They could also be really useful in the pet food industry as an alternative protein source. And maybe someday even humans as an alternative source of protein.

clearly to convince me you should put a machine gun at my head. 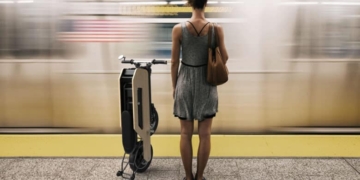 Italy at the last mile attack with style and sustainability: this To-Move with a bamboo frame is very interesting.