Everything seems to tell us that it is an unsustainable system. But the end of capitalism will bring about huge, not necessarily better, changes. Here are the predictions of writers and experts. 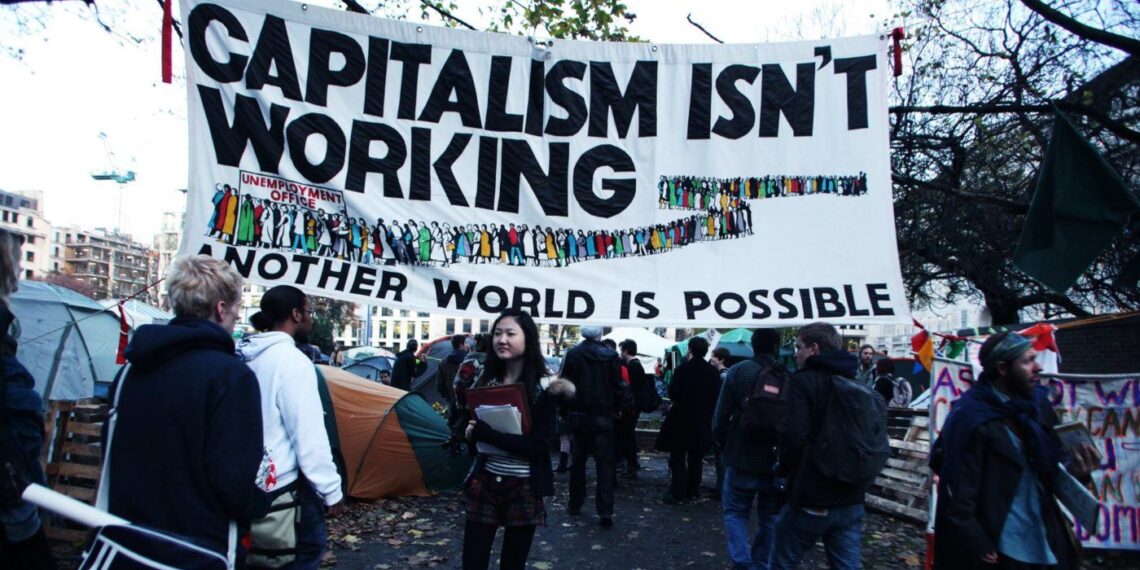 The heir of capitalism, if we were to see its end, could be among these four possible economic futures.

I cannot blame anyone who says it is easier to imagine the end of the world than the end of capitalism. The Marxist theorist fredric jameson he loved this expression: for him (and in times not suspicious, "ante-Greta") the environmental apocalypse seemed more likely than the triumph of an economic alternative to the current system.

A disenchanted vision, which not surprisingly became known as "capitalist realism".

In recent years, things have changed somewhat, and several authors have advocated an alternative view. "Beyond capitalism: machines, work, properties" (2018) by Giulio Sapelli and three very recent interviews with Noam Chomsky made during the pandemic and collected in the book "Crisis of civilization, pandemic and capitalism"(2020) claim similar things.

Both conclude, for example, that technological advances will make most of the work worthless and could free up human beings (provided they are supported by a universal basic income, I add).

The next "fully automated luxury communism" of Aaron Bastani (2019) will occupy similar ground, asking: "What if instead of not having a sense of the future, the story hadn't really started?"

It could be even worse, though

The US anthropologist David Graber it is no coincidence that, within 50 years, "we will surely have a non-capitalist system". But he also added: "it could be something even worse."

Exactly, what are the scenarios on the table for an economic and social system that intervenes at the end of capitalism to guide humanity through the next historical phase?

"Four models of the future”Is a book that skillfully examines this possibility. Peter Frase, its author, offers alternative views of economic systems, "worse" or "better" than the current one.

Like others, Sentence assumes that technology will make human work obsolete. Above all, he adds, the benefits or harms of automation will not be determined by robots, but by who owns them and who does not own them.

Class inequality and the existential challenge of climate change both present us with the ugly (but concrete) possibility that technology may not bring about a utopian society.

The book of Sentence is neither a prophecy nor a simple fantasy, but a real work of "social science fiction": an attempt to "explore all the scenarios that could lead to our future political conflicts".

Technology has enabled the transition to a post-work and post-carbon future, and traditional class divisions have decreased. Sentence warns, however: status hierarchies will persist. Debates, to put it with Cory Doctorow, are solved not by those who have the most money, but by those who can acquire the maximum social status. And the Chinese "social credit" system, which classifies citizens based on their behavior, or the western tyranny of social media and retweets, come to mind.

Although the material conditions for "luxury" communism exist, new technologies and patents have nevertheless been monopolized by an elite. Human work, suggests Sentence, could continue (with all its load of exploitation), last since "having power over others is," for this elite, "the reward".

But rentism could take root if the problems related to climate change were resolved in the meantime.

If environmental degradation persists, however, writes Sentence, there would be two other possible future scenarios.

In a world of limited resources due to the climate, the state has the power to radically overhaul infrastructure and distribute risks and benefits equally. Work is progressively decreasing, but also consumption: sustainable socialism, therefore, not luxury communism.

The last scenario, the worst, hierarchy and scarcity: extermination.

While the wealthy try to monopolize space and resources within an "Eco-apocalypse" framework, most of humanity is increasingly marginalized.

Phrase renders the idea well with a disturbing phrase: "the great danger of the automation of production is that from the point of view of the ruling elites it makes the great mass of people superfluous". Instead of neglecting or imprisoning the poor, why not simply eliminate them?

Autonomous drones and "killer robots" mark an ever greater distance between a genocide and the simple press of a button.

Which of these four could be our future after the end of capitalism? It clearly depends on us, on our actions. 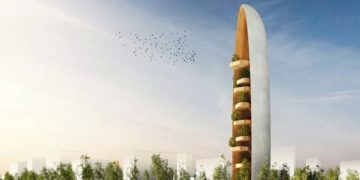 A Turkish architecture team wins the competition for a vertical forest in Croatia by designing this futuristic "canoe" for the ...