Acquire infrared night vision for 10 days with a simple injection: this is the direction of a joint research between US and Chinese scientists. 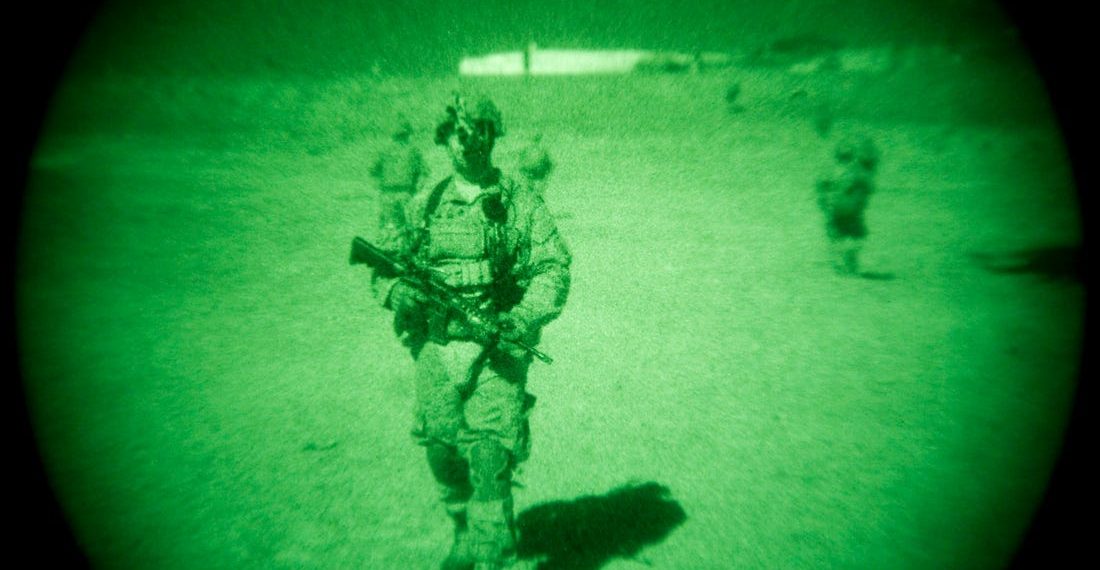 In the near future, the bulky night vision devices could be replaced by an injection that can induce the eye to see even in the dark.

The research, started months ago in Chinese and USA laboratories, has already given positive results in tests on mice. The study group says they are confident that they also work on humans.

Today, troops engaged in nocturnal scenarios wear large glasses to see in the dark. The devices use infrared sensors to capture heat sources, painting the image of a person's surroundings based on the radiated heat. Night vision goggles (NVG), although effective, are expensive, bulky and require electricity to operate.

NVGs also severely limit the wearer's field of vision: brutally, it feels like looking at the world through two tubes of toilet paper. I smile, but this can create a false perspective of the surroundings, and during a battle it could prove dangerous.

In a study of the University of Massachusetts Medical School, the researchers injected nanoparticles into the eyes of the mice that converted infrared light into visible light. Those researchers then put the mice in a maze along with others who hadn't received the injections. The mice that received the treatment managed to find their way out of the maze.

The nanoparticles bind to the photoreceptors in the eyes of mice and provide night vision for up to 10 weeks with no adverse effects.

Xue Tian, One of the researchers, says he thinks the system will "certainly" work in humans as well.

And here are my known doubts

There are a couple of problems that need to be addressed before this system can be employed. Primo, until scientists carry out human trials, we will not know how effective nanoparticles are and how much humans will see in the dark. If it will be poor compared to the current night vision technology it is not certain that it can be improved. Secondif the effects last only 10 weeks, it is likely that frequent injections will be required from subjects stationed in combat areas, and often in conditions of precarious hygiene.

Of course, if the injectable night vision works, expensive night vision devices would be no longer needed, with less energy consumption and lighter loads. The field of vision would be much wider (equal to that of daytime vision), with more operability and less risk of fatal errors.

We will see, in short. In my case without needles, thanks.

Fundamental discovery to make stem cell treatments on patients with kidney disease much easier: they can avoid ...