What if the world after coronavirus was never the same again? To be desperately optimistic: what if it could be better than before? Madness? Who knows. 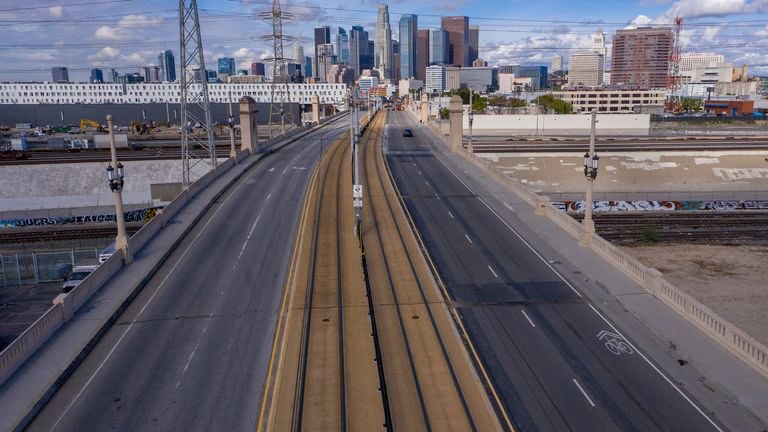 Life has changed a lot in the past few days, weeks or months, depending on where you live. Here in Italy, for example, the passage is measured in months. As efforts to contain the novel coronavirus increase, the world after the coronavirus is likely to change even more. Yes, we are already sick of being home all the time, we miss our friends and families, everything has been canceled, the economy is in crisis and we feel anxious and scared about what lies ahead. We just want this to end, and we think it's just a matter of time. We are making plans for what we will do when things return to normal and focusing on what happens.

But what if life no longer completely returns to the way it was before the coronavirus? What if this epidemic were a turning point, and what if the world will never be the same after it? To be desperately optimistic: what if the world could get out of this crisis meglio before? Madness? Who knows.

For many of us, the most impactful geopolitical event that occurred in our lifetime was September 11, 2001. The world changed that day and it never went back to the way it was before. A flu-like pandemic with a relatively low death rate may seem less than the deliberate murder of thousands of innocent people. In reality this is not 2001. It is something much bigger. It looks much more like 1941.

1941 was the full height of World War II. Nobody knew what the result of the war would be, everyone was terrified, the allies (among whom obviously there was not yet Italy) were losing the war. But even in the midst of those darkest times people began to imagine what the future world would look like.

It was 1941 when President Roosevelt kept his famous speech on the four freedoms. It was 1941 when the Atlantic charter, which expounded a vision for the postwar international order. The situation we are in now is, of course, different; it is not a war. It is more the occasion for a convergence of science, biology and geopolitics. And while the coronavirus crisis is still ongoing, its future implications will be gigantic.

The old world is dying. The new one is slow to appear. And in this chiaroscuro monsters are born.

The world order following the Second World War was already in a very strong crisis before the coronavirus. Postwar lawmakers and planners envisioned a world that shared sovereignty by tending towards less nationalism. Today we are in a period of dramatic re-nationalization of the world. There are more or less authoritarian leaders, more or less monochromatic from Brazil to the USA, from Turkey to China, from Russia to the Arab Emirates, from Iran to Hungary and many others.

Institutions designed to foster global cooperation (such as the World Bank, the IMF, the UN, the WHO) have been practically swallowed up. The consequence is that we don't have effective structures to deal with global crises, not just the coronavirus. Think about climate change, protecting the oceans, preparing for a future of automation and AI - no country can independently address or solve these enormous challenges.

All is not lost, however.

When the Spanish flu pandemic hit in 1918 there were only 2 billion people on Earth and of those 2 billion only 30% were in school. The "educated brains" that had to deal with the problem totaled 600 million.

Today there is a global population of 7,5 billion and one literacy rate 86%. This means that over 6,5 billion people can be part of the effort to fix what's broken (obviously in various ways, they're not all doctors or virologists!) Another fundamental element: we are more connected to each other than we have ever been. It took thousands of years for knowledge transfer: now they can travel in real time around the world on the Internet. The pandemic moves at the speed of globalization, but also the response. The weapons we are using in this battle are larger than anything our ancestors could have imagined.

Now it's time for monsters

As we live this incredible energy from below in the home and on the balconies, we are also seeing abysmal failures in the behavior of many vertical institutions. Have you been afraid these past few days and weeks? I do, anyone who knows me knows. The economy is entering a deep crisis. Italy can lose 100 billion euros a month with this lockdown. People can lose their jobs, get sick, and not know how long it will last.

There will be an economic slowdown or recession, there will be problems with our health systems. And these are just the predictable things. If we want to push ourselves to speculate (and believe me, no one can say which are absurd and which are not), if the poorest areas of the world are hit hard by the virus, we could see fragile or even multilateral states collapse. A profound crisis from coronavirus in Africa, for one thing, it could represent the collapse of the European Union as we know it. Our (fragile) democracies will be tested. For this, however it goes, the world after the coronavirus will be different.

The new world struggles to be born

We don't know exactly what that world will look like after the coronavirus, but we can imagine it. Basically, we take trends that were already in motion and hit “fast forward”. Virtualization of events, activities and interactions. Automation of processes and services. Political and economic decentralization.

But now it's 1941. Now is the time when we need to think about how we would like the new world to look like and start designing and building it. It depends on us. In hindsight, it's easy to imagine a better response than the one we've given to the coronavirus. On the other hand, the notices had been there for years. What if, three months ago, a global surveillance system was established and at the first signs of the outbreak, a WHO-led international emergency team immediately flew to Wuhan?

We must reinforce a global system capable of involving people in an inclusive way, also respecting the differences between countries. There is now a complete lack of a long-term positive outlook. The UN Sustainable Development Goals, for example, call for gender equality, no poverty, no hunger, decent work, climate action and justice globally. We do not have strong enough institutions to implement these principles: there is too much gap between the nature of these problems and the structure of our policy.

The world after coronavirus: building the new normal

Just as our "old normal" was new to our grandparents (mine was 1941 in 29), the world after the coronavirus that seems so shocking to us will simply be normal for our children and grandchildren. But there are some differences between the mid-1900s and today.

We have better educated people, stronger connections, faster sharing of information, and more technological tools and scientific knowledge than ever in history. The number of people who can be part of this conversation is unprecedented. We couldn't have done it in the industrial age or even in the nuclear age. There has never been this kind of motivation coupled with this ability anywhere in the world.

In 1941, the overall planning process was top-down: a small group of powerful and intelligent people decided how things would turn out, and took steps to make their vision a reality. But this time it will have to different; to be successful, the post-coronavirus world needs a new global plan. A plan that has a significant bottom-up push.

We need to recognize a new locus of power. And that's us. Nobody will solve this for us. This is our time to be united. Really. 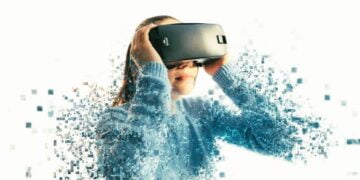 People with social anxiety disorder can "simulate" anxiety situations in virtual reality and overcome them by adding a ...

Solar energy and clean water from the same device