Windowless planes have a nacelle lined with OLED screens that will provide a view of what's going on outside inside the aircraft.

Travelers (especially frequent ones) who travel by plane jostle for the window seat. The reason is simple: they want to enjoy the magnificent view. This is the basic idea that inspired the CPI (Center for Process Innovation) to create the future of air transport.

British technology and research company CPI is building windowless aircraft with a futuristic cockpit. The length of the aircraft will be covered by OLED touchscreens that offer passengers a virtual window seat.

CPI believes that these windowless planes could be a reality in the next 10-15 years.

Cameras positioned on the outside of the aircraft will be connected to the touchscreens allowing a realistic view of what is happening outside around the aircraft indoors. And if you get tired of looking at the sky, you can always turn the virtual window into an entertainment system.

OLED means organic light emitting diode, in which a film consisting of organic compounds transmits light as a reaction to an electric current. This type of technology is currently used in tablets, cell phones, computer monitors and televisions. We have to keep in mind that when we produce these planes we will have more advanced OLED screens, and we already see some of them.

Airplanes without windows: walking in the middle of the sky

What will become of the passengers who suffer from vertigo? Being so "exposed" could increase the sense of discomfort. And then the amount of light emitted by all those screens, sometimes for many hours, could cause discomfort among passengers. Of course I'm really picky.

But hey. For all lovers of the genre, all the walls of the plane without windows (but all view) will be full of screens, and at least from the renderings the image looks fantastic, from any angle. 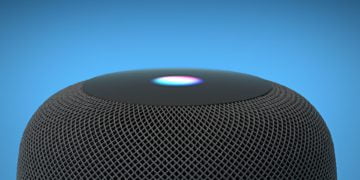 What news for the next Apple devices after the acquisition of Xnor.ai? A Super Siri and world record in sight ...