The device allows blind people to surf the net just like the others. Tactile Pro is a tablet for the blind with exceptional characteristics.

If you are reading this article, it has been a while and you are blind, you may be using a Tactile Pro Braille tablet from PCT.

Innovation Award at CES2020, this stylish tablet for the blind allows people with vision impairments to use technology in a way never before possible. In essence, the device is a keyboard and a braille display that interfaces via Bluetooth with smart devices. Help visually impaired people access information as everyone would.

It was created by PCT, a company that has been researching and developing braille technology for years. In 2008, the company created its first low-resolution prototype of the device. After spending a decade researching, coding, developing algorithms, and finally creating an entirely new tool, the Tactile Pro tablet is here.

Take a look at the presentation video to better understand how it works.

The technology behind Tactile Pro

The blind tablet uses multilevel tactile output with a response rate of just 0,3 seconds. This essentially means that the loading time of a web page is equivalent to one third of a second.

The system runs on an Android operating system that can generate page information in speech, braille and even braille images. If you browse with your tablet and you come across an image, the tablet recreates the image in low resolution braille.

PCT has created both Tactile Pro and Tactile Edu. The Edu version was created specifically for learning braille. It's a tablet that makes learning Braille easier than ever.

The tablet works in various languages, all obviously translated into Braille. The user also has the option of typing in braille and automatically translating the content into a corresponding language.

Through the use of the Tactile Pro blind tablet, users can browse the Internet, edit documents, play games or send instant messages.

The device has an integrated memory capable of holding up to over 100.000 Braille books, so it can essentially also be used as an e-reader.

Another very interesting touch display was recently presented, but Tactile Pro is the first mass device to integrate this technology.

The world's first tablet for the blind closes the CES2020 with a bang by winning the Innovation Award, one of the most popular awards of the conference. 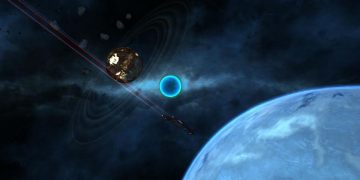 A more accurate estimate of the data at our disposal allows a research group to define a number rather ...