The AI ​​of BlueDot, an intelligent disease monitoring service, saw the outbreak of Coronavirus in Wuhan days in advance. How did he do? 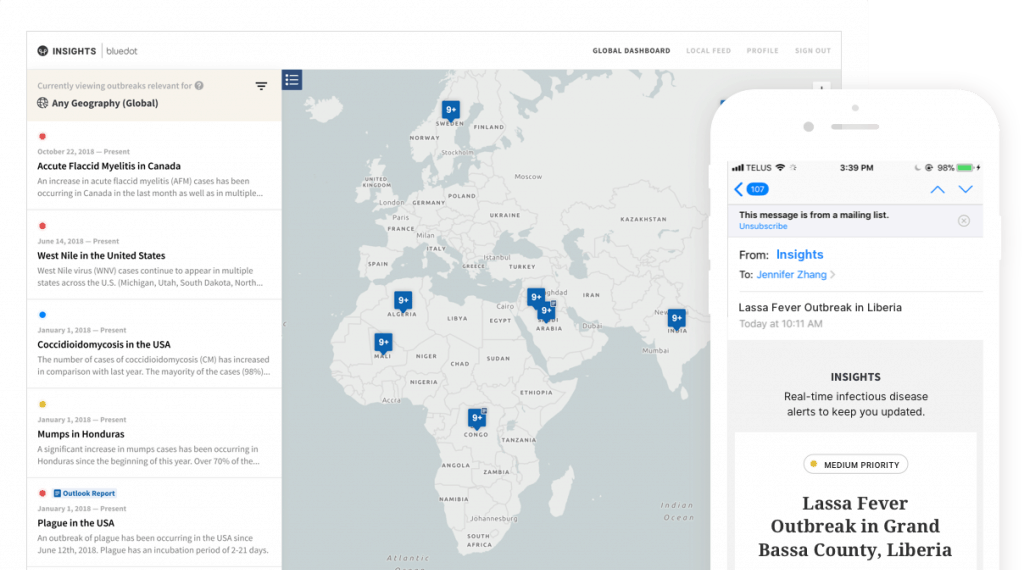 On January 9, the World Health Organization notified the public of a viral outbreak in China. Several cases of pneumonia had been reported in Wuhan, likely after live animal sellers were exposed to the local fish market.

The CDC (US Centers for Disease Control and Prevention) had released the news of the Coronavirus a few days earlier, on January 6. BlueDot, Canadian health monitoring platform, beat them both by sending the news of the epidemic to its users on December 31st.

BlueDot uses an algorithm based on artificial intelligence. BlueDot's AI analyzes news in foreign languages, information networks on animal and plant diseases and official bulletins. And on December 31 it warned its customers in advance to avoid dangerous areas such as Wuhan.

Speed ​​is crucial in preventing the spread of an epidemic, and Chinese officials have never made great performances on the subject of disease, air pollution and natural disasters.

WHO and CDC rely on these same health officials for their disease monitoring. Not well.

Maybe an AI can get there faster. "We know that governments cannot be relied upon to provide information in a timely manner", he claims Kamran Khan, founder and CEO of BlueDot. "We are able to gather news of possible outbreaks, small murmurs on forums and blogs, indications of unusual events taking place."

Khan says the algorithm doesn't use social media posts because the data is too messy. But it has an ace up its sleeve: access to global airline ticketing data that can help predict where and when infected residents will be headed next. BlueDot's AI correctly predicted that the virus would leap from Wuhan to Bangkok, Seoul, Taipei and Tokyo in the days following its initial appearance.

The BlueDot manager worked as an infectious disease specialist at the Toronto hospital during the 2003 SARS outbreak. That virus departed from provincial China and spread to Hong Kong and then Toronto, where it killed 44 people.

"There's a little deja vu right now", Khan says about the coronavirus outbreak today. “In 2003, I saw the virus overwhelm the city and paralyze the hospital. There was a huge amount of mental and physical stress and I thought "Let's not do this again". "

The company now has 40 employees: doctors and programmers who develop the disease monitoring program. A "computer monster" that uses natural language processing and machine learning techniques to sift through news in 65 languages, along with airline data and reports of veterinary disease outbreaks.

Once AI's automatic data monitoring is complete, human analytics take the lead. Epidemiologists check that the findings make scientific sense and draft a report that is sent to clients (government, business and public health).

BlueDot reports are then sent to health officials from a dozen countries (including the United States and Canada), airlines and hospitals where infected patients could end up. BlueDot does not sell its data to the general public, (but is working on it).

Google tried BlueDot before, but it failed

BlueDot isn't the first to look for a solution for public health officials, but it hopes to do better than Google. Its Google Flu Trend service, which analyzed and attempted to predict flu trends, was shut down after it “missed” its predictions on the severity of the 140 flu season by 2013%.

Maybe premature times? BlueDot has won where Google has failed. He successfully predicted not only SARS but also the location of the Zika outbreak in South Florida (in a publication in the British medical journal The Lancet).

It remains to be seen if BlueDot will be successful again, in the Wuhan Coronavirus case.

"The epidemic is probably much bigger than that confirmed by public health officials," says James Lawler, an infectious disease specialist at the University of Nebraska Medical Center, who treated quarantined Ebola patients in 2017 and 2018.

He is not wrong: quarantine cities are now 18, and nearly 60 million people are in quarantine. Pending the completion of the two "instant" hospitals built in a few days by the authorities, the health complexes of the Wuhan epicenter are in enormous difficulty.

Lawler and others say the coronavirus epidemic will continue to spread. We still don't know how many people will get sick and how many of them will die before the epidemic subsides.

To stop the spread of the disease, public health officials will have to tell the truth and tell it quickly, but in the meantime, it may be worth replacing an AI-driven epidemiologist. 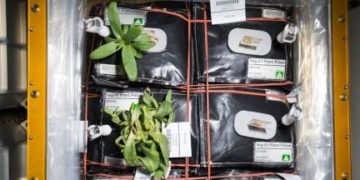 The first fruit grown on the ISS has a nice temper

The researchers send Capsicum annuum seeds, the chili pepper from Chili, on board. It will be the first fruit grown in ...