The new coronavirus outbreak that started in the large Chinese city of Wuhan has already spread almost everywhere. Several cases ascertained in other Asian countries, in the USA and in Europe (with 2 suspected cases also in Italy).

The news that I check or triangle on various sources speak of over 40 deaths in China (including the first rescuer doctor) and thousands of infected people. Chinese authorities responded by stopping all travel to and from Wuhan and other cities, limiting the movement of around 46 million people. Quarantine Chinese cities are already 16, and may soon become 20.

The restrictions (among other things on Chinese New Year days when millions of people travel to visit families) are a more than desperate attempt to prevent the virus from spreading further within China. But experts are divided on whether this approach is effective or fair for residents of affected cities.

"As far as I know, trying to completely eliminate travel from an area of ​​that size is an unprecedented operation", says Chandy John, former president of the American Society of Tropical Medicine and Hygiene. "I'm not aware of anything so drastic in the past."

The action raises a number of potential problems, including in the area of ​​human rights. If you do something like this, procuring health supplies in the city, taking care of the people who are sick in the city, it will be more difficult. And the healthy ones left in the city could be more exposed than they would be if they could leave ”.

The New York Times reports that Wuhan had been waiting for medical care for some time: the first outbreaks date back to the end of December, and some patients were sent home without careful examination or treatment and that some residents had limited access to fresh food because many shops and markets were closed on Chinese New Year.

Experts say (rightly) that in a city as large as Wuhan, with a population of over 11 million, some people may still find ways to leave. And they may not want to tell others where they come from, which may make it more difficult to find potential infections.

On the other hand, he says Chandy John, “The outbreak of the epidemic is still relatively recent, and therefore travel restriction could be an effective way to contain it, especially as Wuhan appears to be an important transportation and travel hub in China.

Something less draconian than limiting all travel, such as telling people with symptoms of the infection to stay home it could get great benefits without all the negative aspects.

Very few countries in the world may be able to operate a similar quarantine. China is one of them. Which other nation can build (as is happening) a hospital in 6 days? But quarantining an entire large city (or multiple cities as in this case) wouldn't work in many other places.

And it says well: US authorities did not even effectively enforce quarantine on a nurse who returned home after treating Ebola patients in Sierra Leone in 2014.

Whether it is more effective to quarantine cities, as China has done, or simply to ask people who feel bad about staying at home is a matter of culture, Caplan says. What is certain is that "closing" inside a city of 11 million people is not really a segregation.

In addition to the cases reported here and in recent days, there are two confirmed cases in the USA (one of the two, in Seattle, is currently being treated with the help of a robot to limit the infection). Prudence is never too much: it is true that most of the victims were elderly and with other health problems. True is that so far, the WHO refused to declare the outbreak an international emergency.

But it is a virus with a remarkable strength, and with an apparently much faster spread rate than others.

The situation could soon recover or precipitate (and currently I would say that in China we are on the verge of an epochal problem): let's keep our attention high. 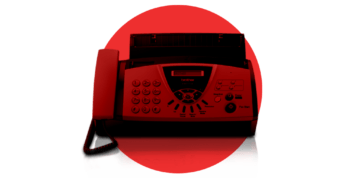 The Japanese affection for the fax, a technology we have almost abandoned, reveals many possible things about the future of ...