A precise research reveals: if there is life on Europa or Enceladus it is not like ours. In any case, we will find out soon.

New research reveals: if there are creatures that swim in the oceans of the external solar system, they are probably not related to us.

Some scientists believe that life has jumped from one world to another around the solar system, aboard pieces of rock thrown into space by comet or asteroid impacts. Does this also apply to the eventual life on Europa and Enceladus, the two promising satellites on which we are directing research?

Indeed, there is a school of thought that life teeming here on Earth actually originates elsewhere. Maybe on Mars, which probably boasted habitable conditions before our own planet. This idea is known as "lithopanspermia", a subset of the broader notion of panspermia, which involves diffusion by any means, natural or guided by an intelligent hand.

But what are the odds that such putative pioneers could colonize more distant planets (most notably Europa, the moon of Jupiter, and Enceladus, a moon of Saturn) with large oceans of liquid salt water beneath their ice shells?

The geophysicist of Purdue University, Jay melosh, addressed this question and presented the findings last week in a speech here at the American Geophysical Union's annual fall meeting.

Melosh used computer models to track the fate of 100.000 simulated Mars particles splashed off the Red Planet after an impact. He modeled three different ejection speeds: 1, 3 and 5 kilometers per second.

To make it easier, Melosh calculated that Europa receives about 0,4 grams of Martian material per year, and Enceladus only 2-4 milligrams. These are averages, he stressed; the Martian mass of moons almost certainly comes from very rare arrivals of large rocks, not from a steady stream of small things.

These results might seem auspicious for the spread of life; after all, it may only take an impact from a microbe-bearing rock to transform Europa or Enceladus from habitable to inhabited. But there are more factors to consider that reduce optimism.

For example, Melosh found that the median transit time of a meteorite to Mars that ends up hitting Enceladus is 2 billion years. Microbes are tough , but it's a long time to endure the harsh conditions of deep space. And the simulations indicated that these rocks arriving on Mars would hit Enceladus between 5 and 31 km / s (11.180 mph to 69.350 mph). The lower end of that range may be survivable, but it's hard to imagine anything living through those more extreme impacts, Melosh said.

So, the underlying theory: if there is life, it was born there.

"If we find life in the oceans of Europa or Enceladus, it is very likely that it is indigenous rather than sown from Earth, Mars or another solar system," he said. said Melosh during his speech.

Exciting news when viewed from a certain perspective. Europa, Enceladus and other potentially habitable worlds in the outer solar system may have remained untouched for eons, offering ample opportunities for native life forms to take root and evolve. Hence, our solar system could boast many different types of life, rather than one widespread one.

And if we only discover one of these "second genesis" in our solar system, we would know that life is not a miracle. We will know that life must be common throughout the cosmos.

We may be on the verge of answering some of these profound questions. For example, NASA is developing a mission called Europa Clipper, which will map the satellite's ocean and look for potential landing sites for future missions. Clipper is scheduled to launch in early mid-2020.

Another NASA mission, called Dragonfly, will be launched in 2026 to study the complex chemistry of Titan. This robotic aircraft could potentially spot signs of life in the big moon's air, if any are yet to be found. And in the long run, researchers are looking for ways to pass a robot through the ice shells of Europa and Enceladus.

There are also missions "close to home"

Not just a search for life on Europa or on Enceladus, in the near future. NASA plans to launch a rover to hunt for life on Mars next summer. As well as ESA and Russia, which are working together through a program called ExoMars. Both of these wheeled robots will focus on looking for signs of ancient organisms on the red planet. Maybe it's the "Martian bees" introduced by a study by academic William Romoser last month.

Of course, there is a good chance that Martian organisms, if they exist, are related to us. 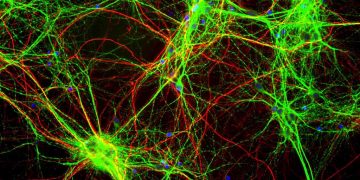