Dragonfly will land near the Equator of Titan, among dunes apparently composed of layers of solid hydrocarbons. It will be powered by plutonium like the Martian rovers, and with its eight rotors it will cover much more distance than any space predecessor. 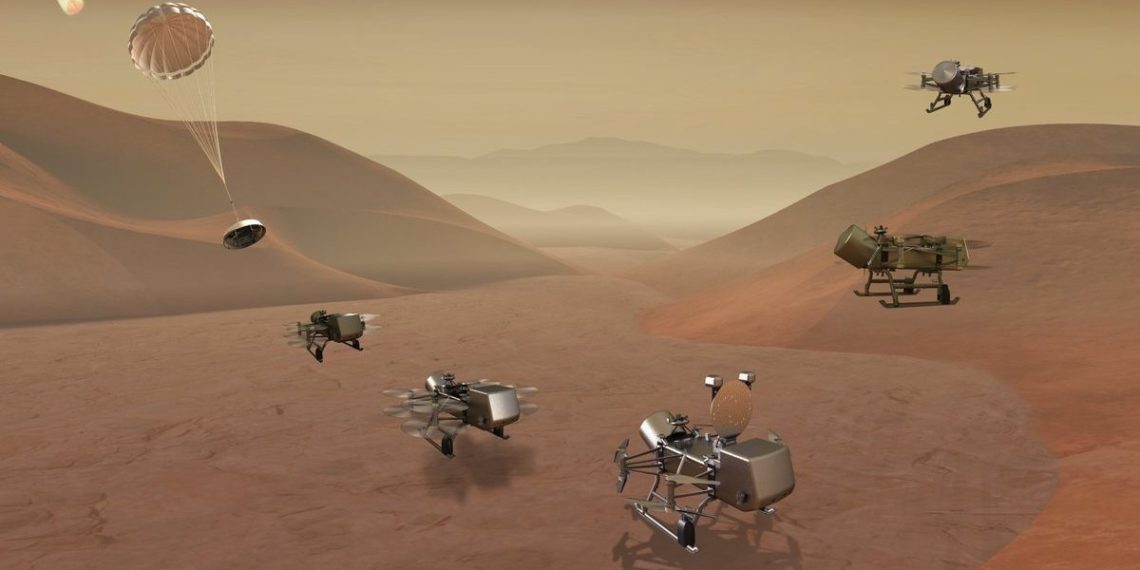 For its new mission NASA will send a robot to the surface of Titan, the moon of Saturn strongly indicated as a planet inhabited by life forms.

A quadcopter the size of a car, with tools capable of identifying organic molecules, is scheduled for launch in 2026 with expected arrival in 2034.

Titan is the only planet in our solar system to have a dense atmosphere. It is smaller than Mercury and has a very different geography from Earth's.

From the surveys made in recent years, it appears to host large mountains, vast oceans (probably trapped under ice sheets) and an atmosphere saturated with methane.

"It has all the ingredients necessary to host life forms," says Lori Glaze, director of NASA's planetary science division.

The complex carbon chains on Titan are critical to many biological processes, and are bricks similar to those that evolved to build life on Earth.

Dragonfly, this is the name of the flying robot, it will give us "The opportunity to discover these processes, and the conditions that probably already harbor life forms," Glaze continues.

The one on Titan is the fourth mission NASA as part of the “New Frontiers” program, which aims to finance “low cost” space exploration projects (so to speak: below one billion dollars each).

NASA will send Dragonfly to Titan after the New Horizons spacecraft that has reached and surpassed Pluto and the Kuiper belt, OSIRIS-REx started looking for asteroids and the Juno spacecraft, which currently orbits Jupiter.

What Dragonfly will do

Dragonfly will land near Titan's equator, between dunes apparently composed of layers of solid hydrocarbons. It will be powered by plutonium like the Martian rovers, and with its eight rotors it will be able to cover much more distance than any space predecessor.

Titan's atmosphere allows the robot to fly with ease, but it will also have to do so in relative autonomy as the signals from Earth will take 43 minutes to reach Saturn's moon. It won't be exactly like flying a shooting drone, in short.

When in flight, the robot will analyze the Titanic atmosphere and provide aerial images. Most of the time it will be on the ground, analyzing the composition of the surface.

The grand finale will be on Selk Crater, the site of the ancient meteor impact, where scientists have found evidence of the presence of liquid water, organic molecules and chemical reactions.

We have known each other recently

The NASA (like humanity) did not see Titan's atmosphere before 2005, when the Huygens probe passed through the planet's orange clouds to reveal its extraordinary panorama.

"Instead of water, Titan has liquid methane," was the discovery of scientists reported on Nature. “Instead of silicate rocks, it has ice. It has no dust, it has hydrocarbon particles floating in the atmosphere ”.

About 1 billion and a half kilometers from the Sun it is quite cold: the average temperatures are around -180 ° C. It has its own meteorology, which fascinates experts very much, because it is made up of elements other than terrestrial.

In general Titan is home to elements (and perhaps life) that a newly born Earth hosted before complex life began to develop.

Sarah Hörst, a Johns Hopkins University scientist and member of the NASA Dragonfly project on Titan, is thrilled. He compares Titan to a "cosmic kitchen" where there are all the ingredients for life. "We weren't there when they formed. We don't know how they mixed. They may have created life forms we can't imagine, with an entire biology based on hydrocarbons instead of water".

If you can go have a look, then why not do it? 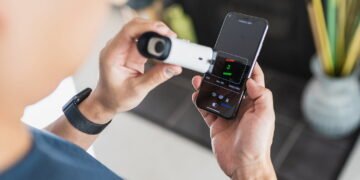 An eye exam to do at home even frequently? EyeQue decongests the work of the ophthalmologist and allows you to "prescribe" ...